There was an interesting options trade today in Macy’s (M) prior to next week’s Q2 earnings announcement that highlights why lots of options market commentary is accompanied by technical analysis.

First, let’s look at the event, due Wednesday, August 15th before the open. The options market is implying about a 10% move right now in either direction post results, which is slightly above the 9% average over the last four quarters, and well above the ten year average of about 6%.

Let’s also consider the fact that the stock is up 60% on the year and up 130% from its 52 week and nearly eight-year lows made this past December, and quickly approaching it’s prior 52-week high made in early June.

The worst case is that the stock is down at $36 (the short put strike) and the trader would be put 250,000 shares of stock and suffer losses below.

So here is where the charts come in, look at the one year, the $41.50 call strike where the trader gets long happens to be very near what would be a breakout to new 52 week highs, a technical resistance level, while the 36 strike put that the trader sold short to help finance the call spread is very near the recent lows, which is also a technical support level from May and the intersection of the uptrend: 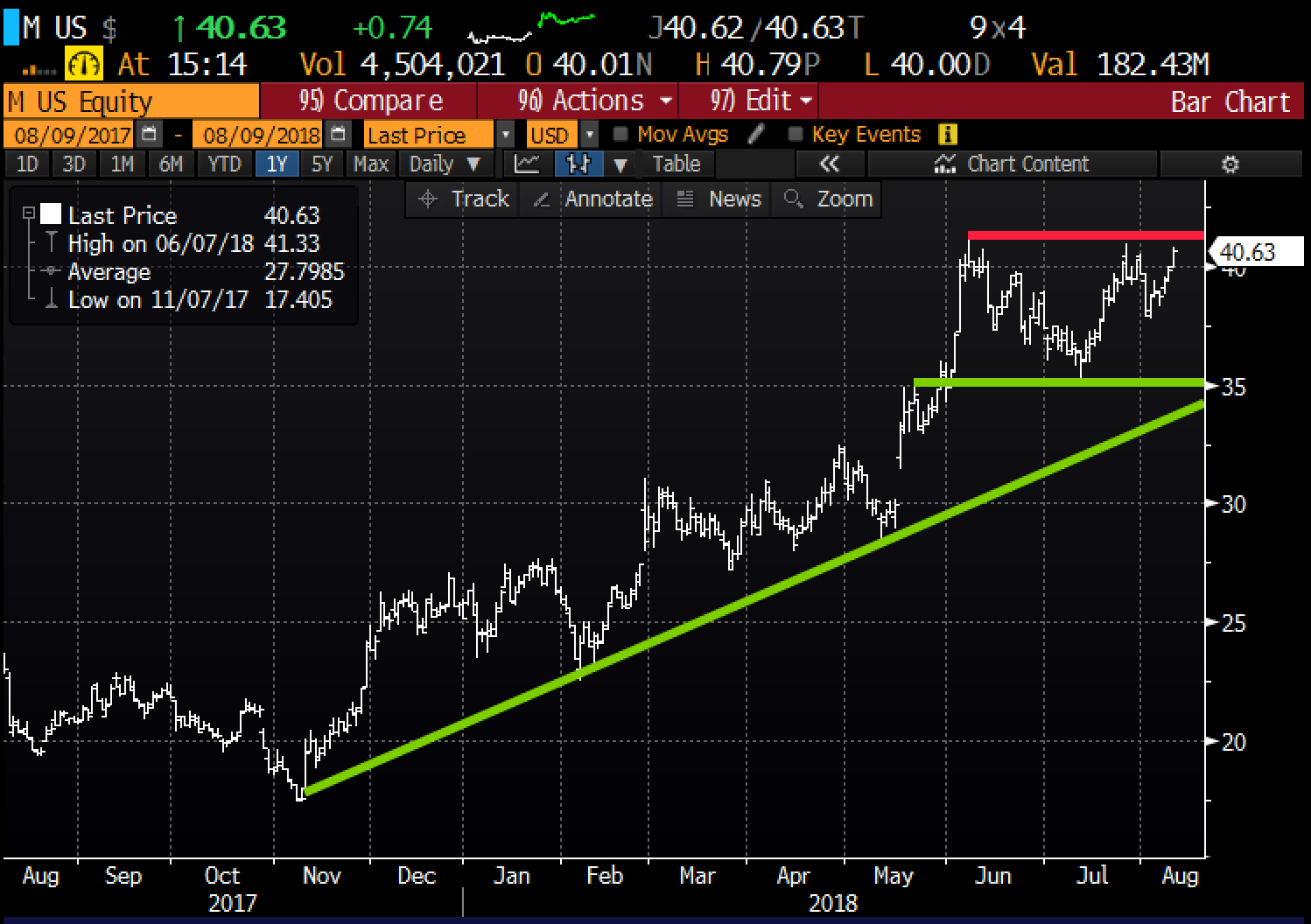 Lastly, looking at the five-year chart, the short call strike at 47 happens to coincide with the 2016 double top, which might also be viewed as longer-term technical resistance. 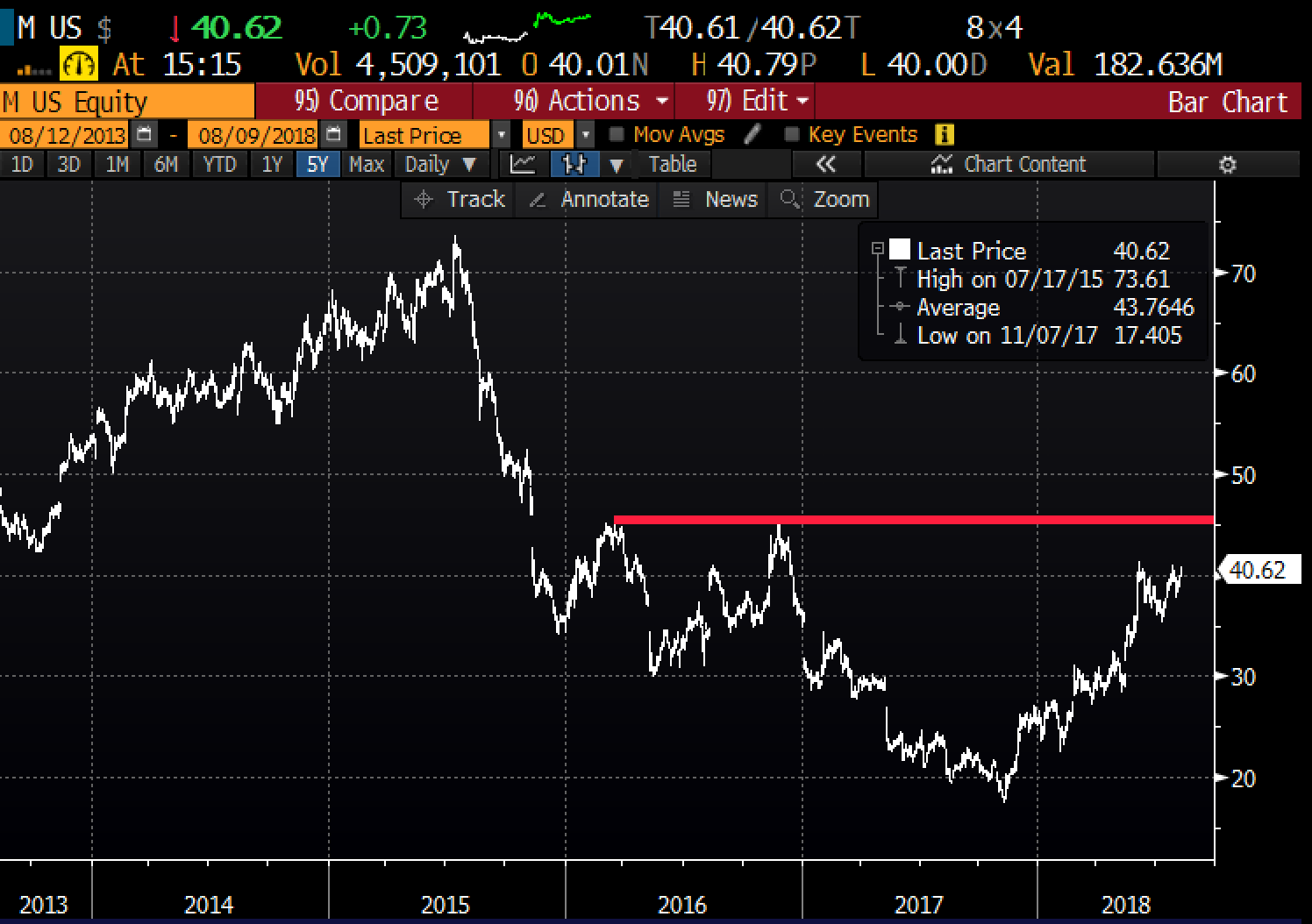 AND, for those of you who have wondered why aside from The Professor, Mike Khouw and myself (whose investment backgrounds are fundamental event-driven equity options strategies), why we have Carter Worth, Cornerstone Research’s star technical analyst on a show on CNBC called Options Action… well this is it, technicals often help inform strikes of trade ideas.