3M (MMM) reports Q2 results tomorrow before the open, the options market is implying about a 3% one day move tomorrow, or about $7. The stock has been volatile of late post-earnings, moving close to 5% on average over the last four quarterly reports, which is rich to its 2.8% average over the last ten years.

Shares of MMM are having a horrid 2018 to say the least down 15.5% so fae, and down nearly 24% since making an all-time with the S&P 500 (SPX) in late January. Connect the dots any way you like, but some Old Skool Risk Reversal fans will recognize this ominous chart pattern… the triangle of death: 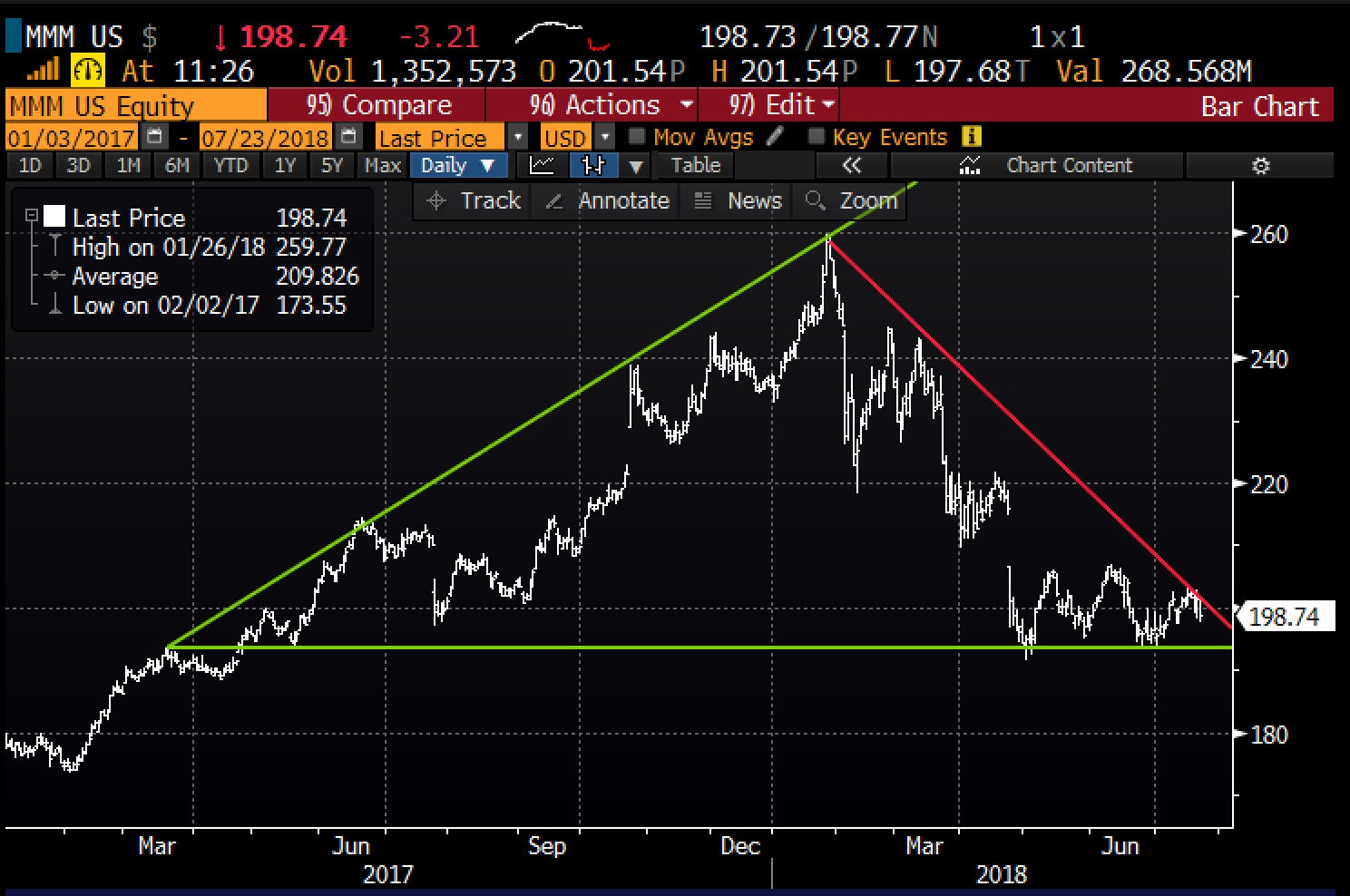 The five-year chart below shows just how important the April breakdown was as it as a gap on massive volume below the uptrend that had been in place from the 2015/2016 double bottom low. I would also add that it also reinforces the resistance level at $220 as that is also the uptrend from 2016: 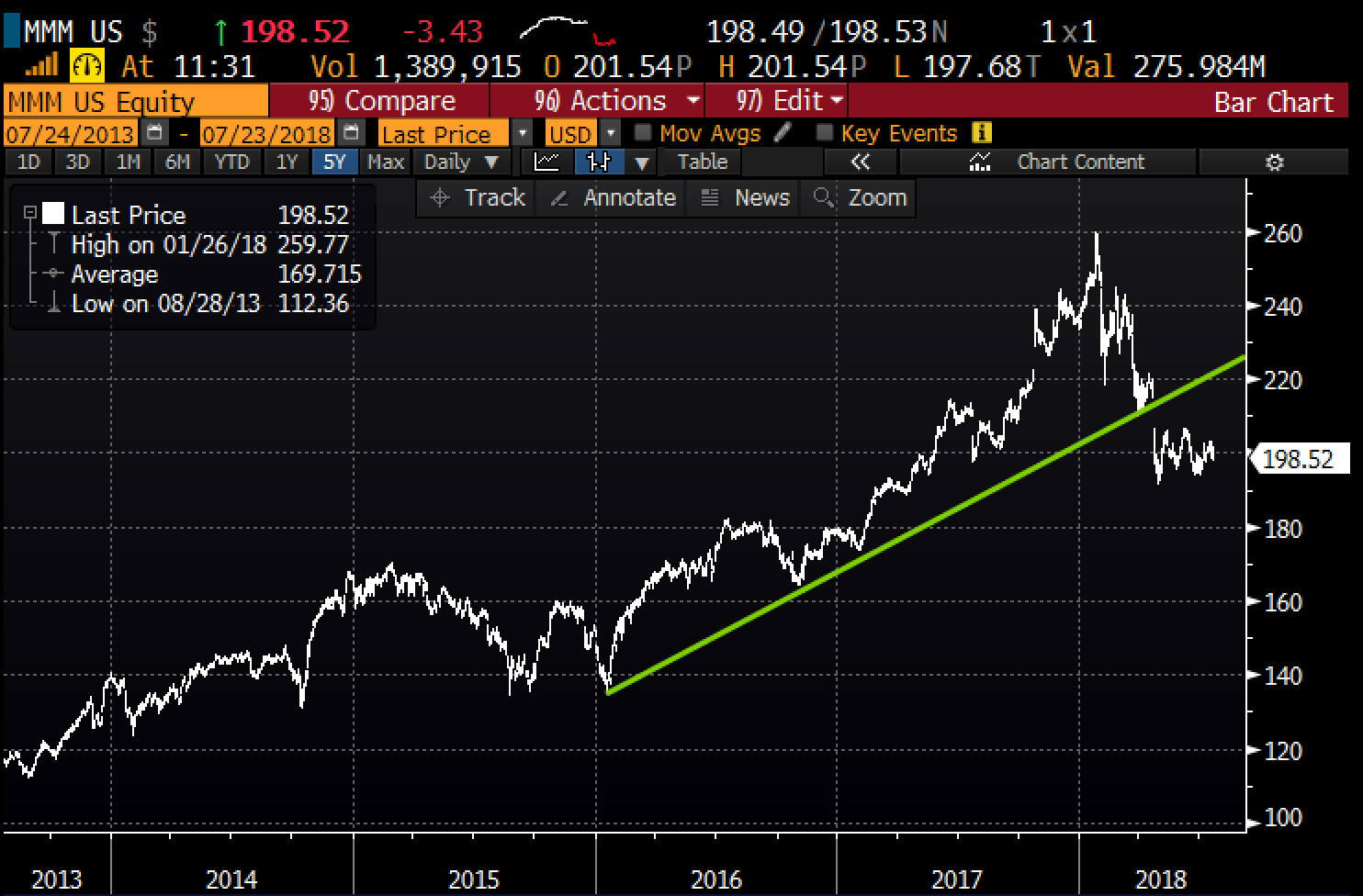 As for sentiment, as mentioned above, usually bullish Wall Street analysts hate the stock with only 4 Buy ratings, 10 Holds and 4 Sells, next to General Electric (GE) I am hard pressed to think of another mega-cap industrial stock so widely hated by the analyst community.

Since the company offered guidance on April 24th, the U.S. Dollar Index (DXY) is up about 4%, which might have impacted results in the quarter as about 60% of MMM’s sales come from overseas, and while the dollar found some resistance near the prior highs, there has been much talk about one of the main retaliatory measures our trading partners might have is to weaken their currencies at a time when our Fed is raising rates, also putting upward pressure on the dollar. 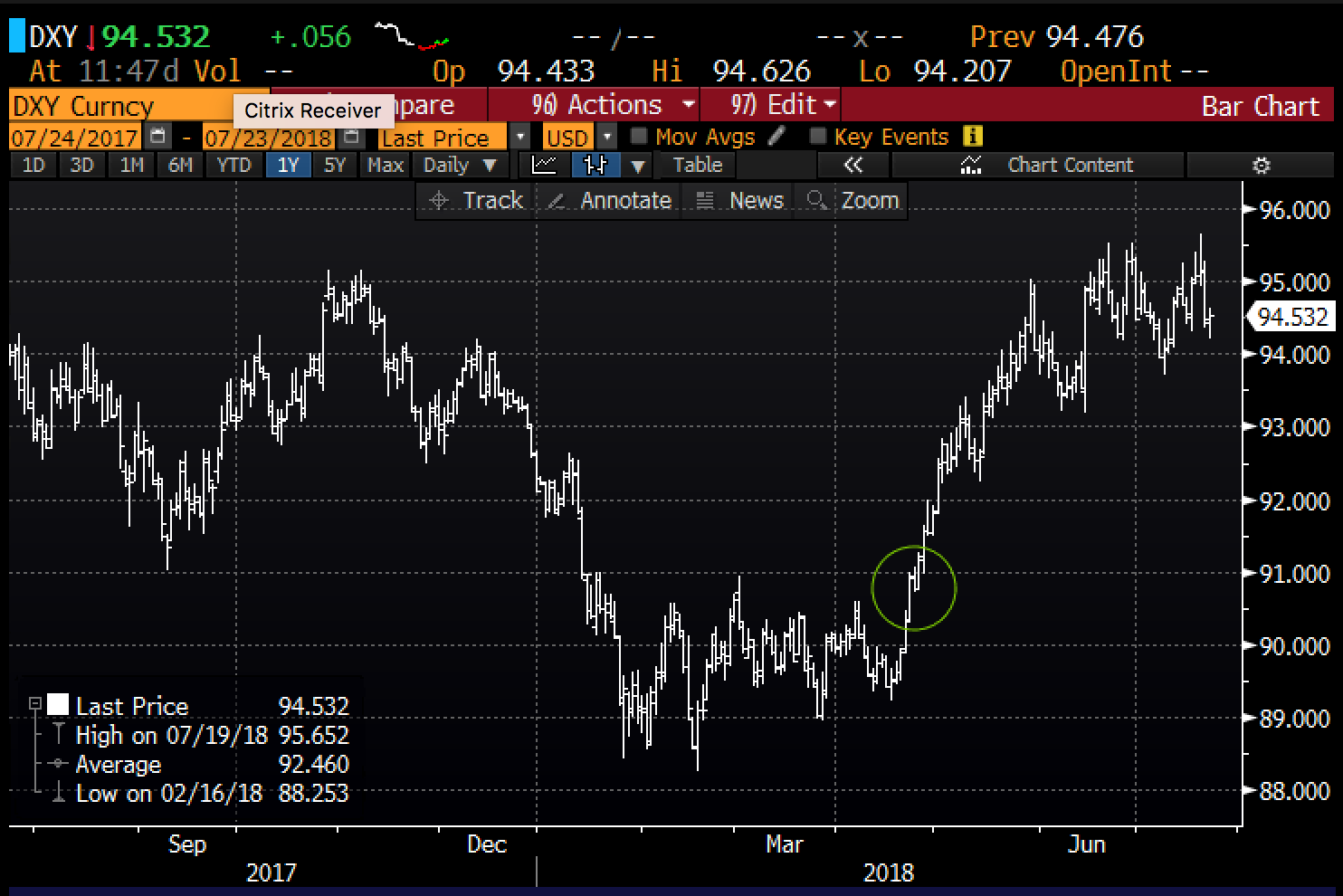 On the flip side, though the recent decline in industrial commodities of nearly 10% from the recent highs might offset dollar gains as these are large input costs to MMM’s prodcution. 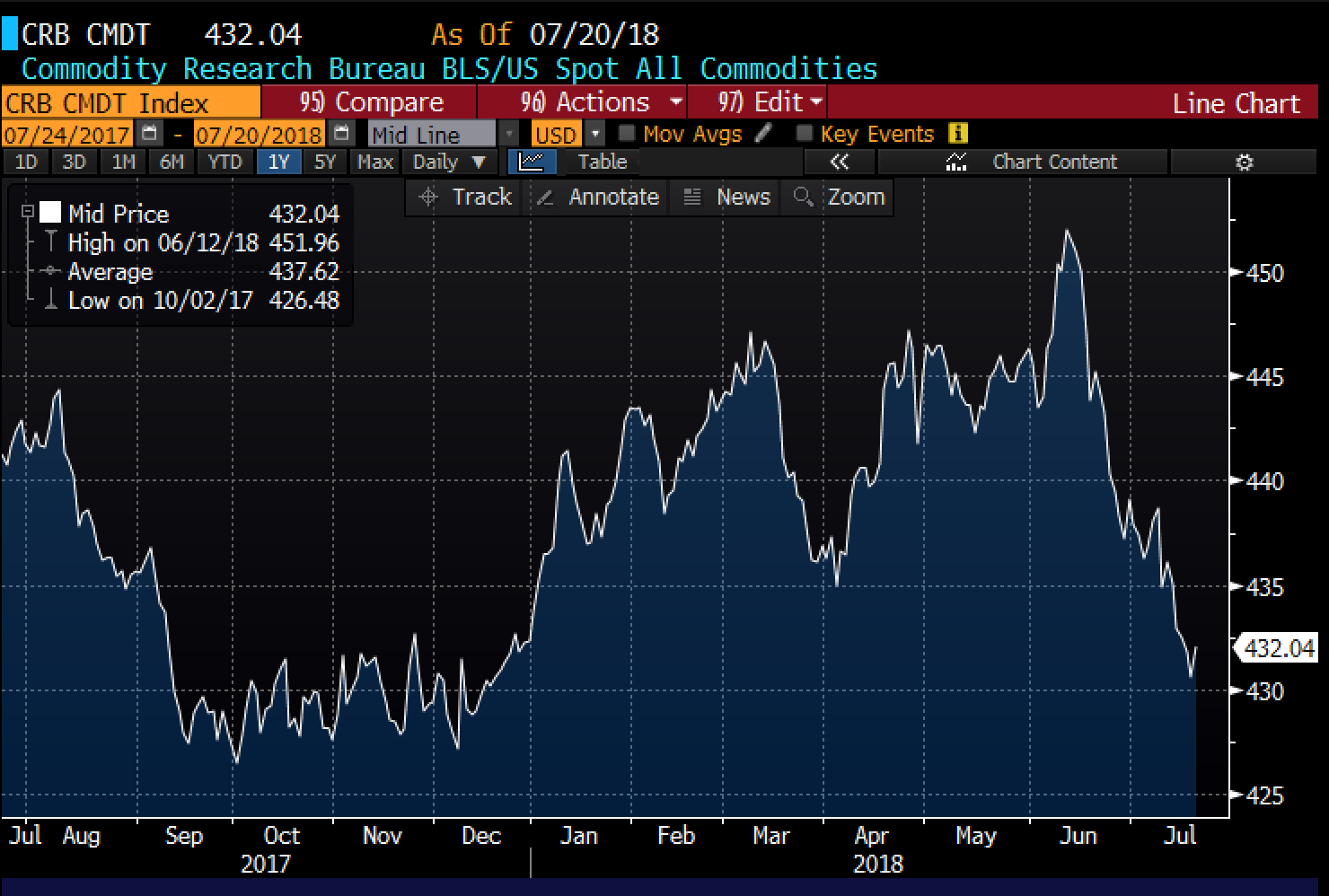 So what’s the trade? It feels kind of binary to me so I’ll lay out a couple of trade ideas for Aug expiration that would benefit from a beat and raise or a miss and guide down for those with directional views:

Rationale: this trade idea risks 1.6% of the stock price that makes a defined risk bearish bet into earnings that breaks-even down at a very key technical support level.

I’ll offer our usual disclaimer for long premium directional trades into events like earnings, it is a hard way to win on a consistent basis as you need to get a lot of things right to merely break-even, starting with direction, but also magnitude of the move and timing.