Microsoft (MSFT) will report their fiscal Q4 earnings tonight after the close. The options market is implying about a 3.5% move in either direction which is rich to its 2.25% average one-day post-earnings move over the last four quarters.

Shares of MSFT, up 22% on the year are massively outperforming the S&P 500 up 5% and the Nasdaq, up 22%, and is now one of four stocks, in addition to AAPL, AMZN & GOOGL sporting a market capitalization equal to or greater than $800 billion.

The one year chart below very clearly shows healthy technical support down near the recent low towards $97.50, which was at the prior breakout to new all-time highs in early June which also happens to intersect with the one-year uptrend: 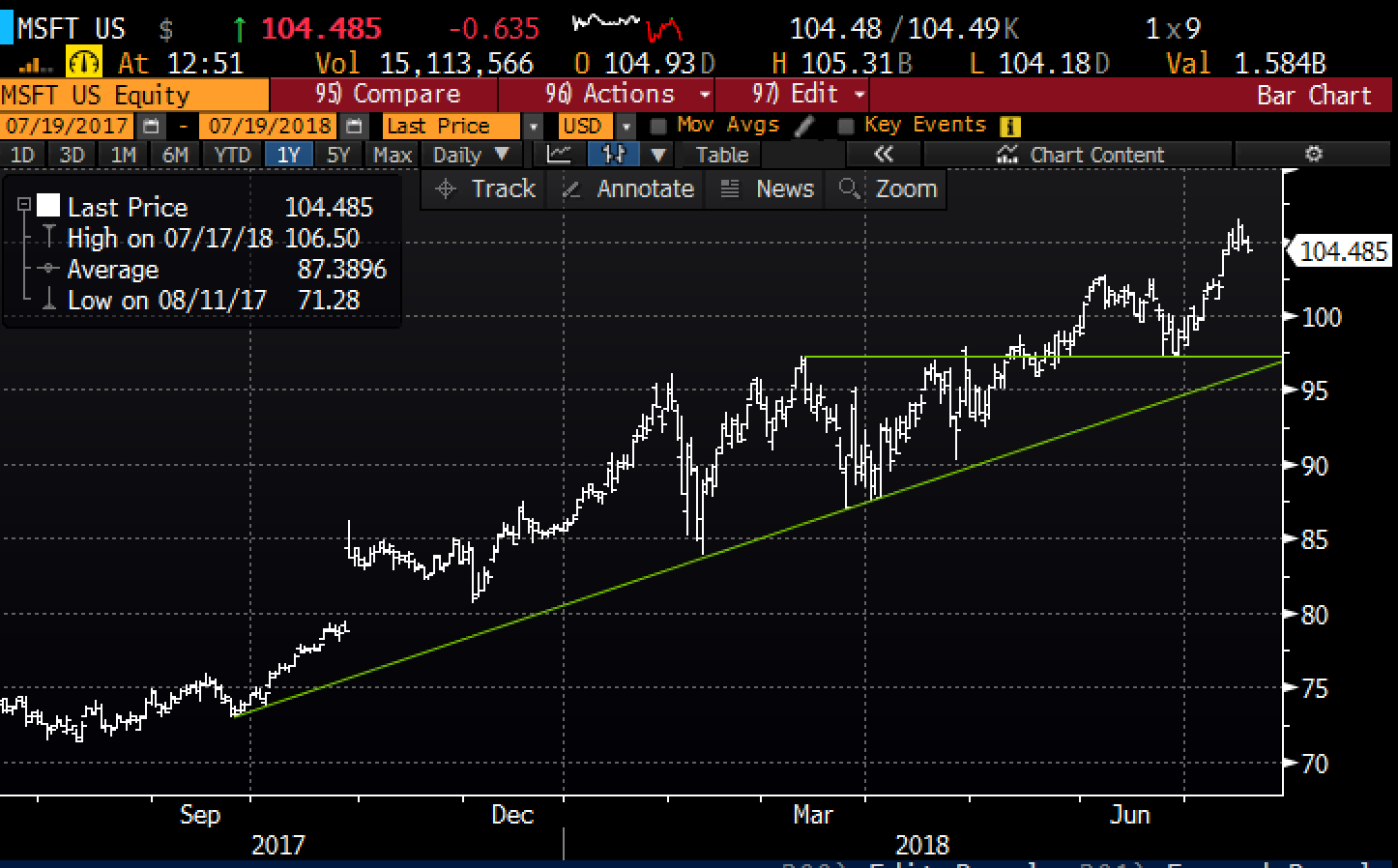 Shares of MSFT appear cheap(ish) on a P/E to Growth metric on the current fiscal year which should see mid-20s percent eps growth, with the stock trading about 27x. But its important to consider what the company will guide for fiscal 2019 where analysts already see a meaningful downshift in year over year growth, with the consensus in the mid-single digits on 10% sales growth, per Bloomberg: 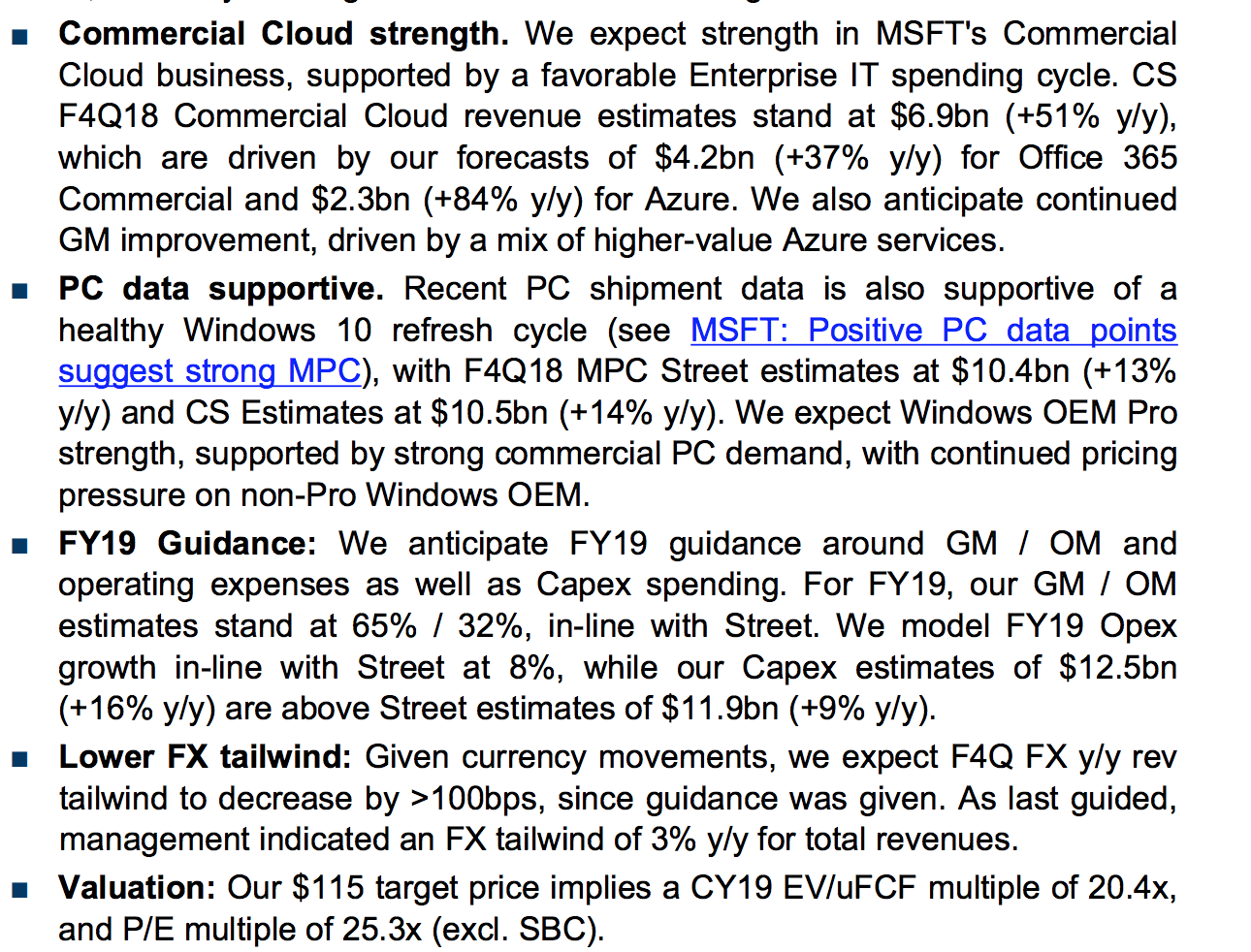 So what’s the trade into the print?

Yesterday there appeared to be a long holder of the stock rolling up short calls from an overwrite. When the stock was just below $105 a trader bought to close 15,000 Aug 3rd weekly 109 calls and sold to open 15,000 Aug 3rd weekly 110 calls. While the $1 roll in the same expiration doesn’t make a lot of sense to me, it is pretty clear that the new position was a call sale, and most likely against long stock in an effort to take advantage of elevated short-term options premiums.

If I were long the stock, not going to sell into the print, I might consider an overwrite. For instance…

Losses of the stock below current levels less 95 cents premium for the call sale.

If I were long and worried about a sharp decline following results I might consider a collar... for instance

Profits of stock up to 110 (less 25 cents premium for the cost of the collar), called away at 110 or higher

Losses of the stock down to 100, protected below.

In both cases on expiration if the stock was above the short call strike you could cover the short call for a loss and keep the long stock position intact.

Lastly, if i wanted to make an outright bearish bet, at the money options appear dollar cheap, for instance…

Rationale: this trade is slightly in the money, but very binary, get the direction wrong and you lose all the premium.