Make no mistake, the breakout in late May in the etf that tracks the Russell 2000, the IWM was epic showing interesting relative strength to its large-cap brethren (up 11.5% ytd vs 4.4%), the S&P 500 which has failed to test its prior all-time highs made in late January. The one year chart below of the IWM has two lines worth focusing on, first the support at the prior breakout level of $160, and what might be a double top after yesterday’s rejection just below the prior all-time high at $170: 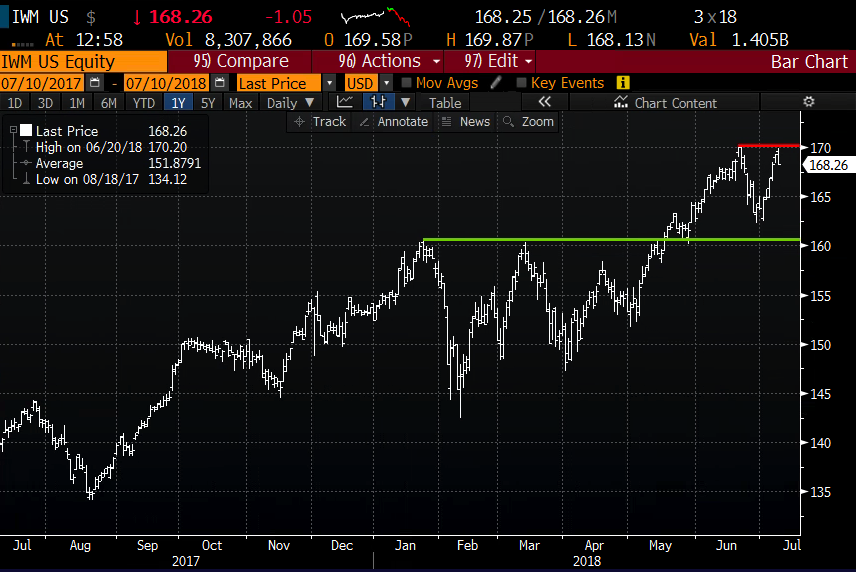 It’s worth noting that the SPX has also had a nice move from 2700 to 2800 in the last week or so, but is giving up a little bit of the steak at its high from March: 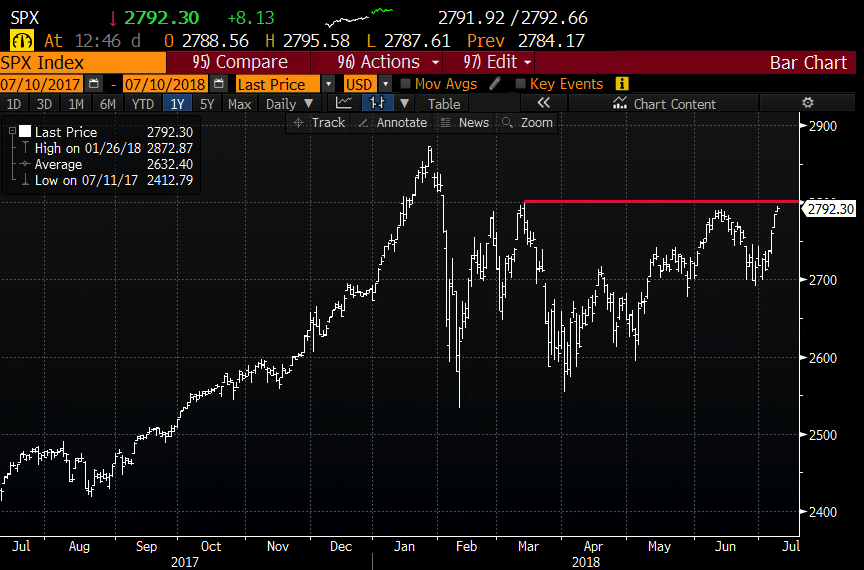 Trading either of the indices against their resistance from the short side looks attractive to me, using the breakout levels as stops, but the IWM looks a bit more attractive given its relative outperformance.

Short-dated options prices have moderated of late in IWM, with 30 day at the money implied volatility near 13%, down nearly 50% from their Feb highs, making long premium directional strategies attractive: 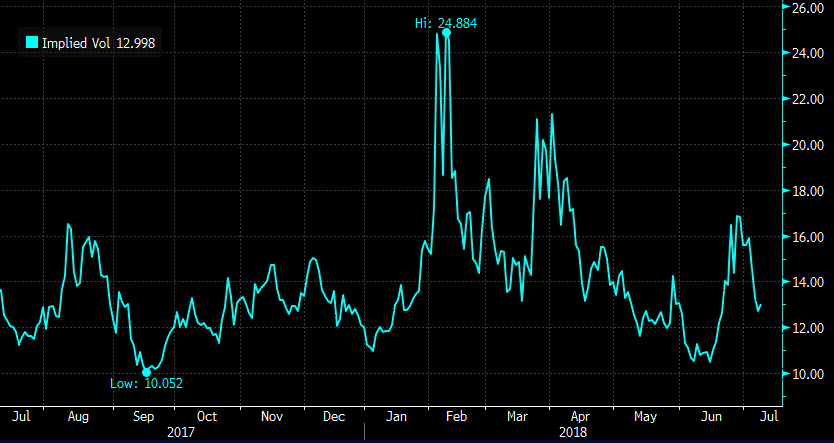 As we head into earnings season I think it is safer bet that U.S. companies, even those more domestically focused are likely to offer cautious guidance given the uncertainty created by the brewing trade war with China and sadly also with our allies. Small Cap companies in the Russell 2000 will not be immune as many face higher input cost for the products they make here, despite not being as exposed to tariffs in far off lands.

If I were inclined to make a defined risk near-term bearish bet into and out of earnings season I might consider the following trade idea in August expiration:

Rationale: risking a little more than 1% of the stock price, basically stopping the trade at the prior high at $170.