Shares of Lennar (LEN) are up 6% as I write after the company reported better than expected earnings this morning, with their executive Chairman Stuart Miller suggesting:

“Concerns about rising interest rates and construction costs have been offset by low unemployment and increasing wages, combined with short supply based on years of underproduction of new homes”

This commentary could not come at a better time as the stock closed yesterday at a new 52-week low, sporting a 30% peak to trough decline from its post-financial crisis highs in late January: 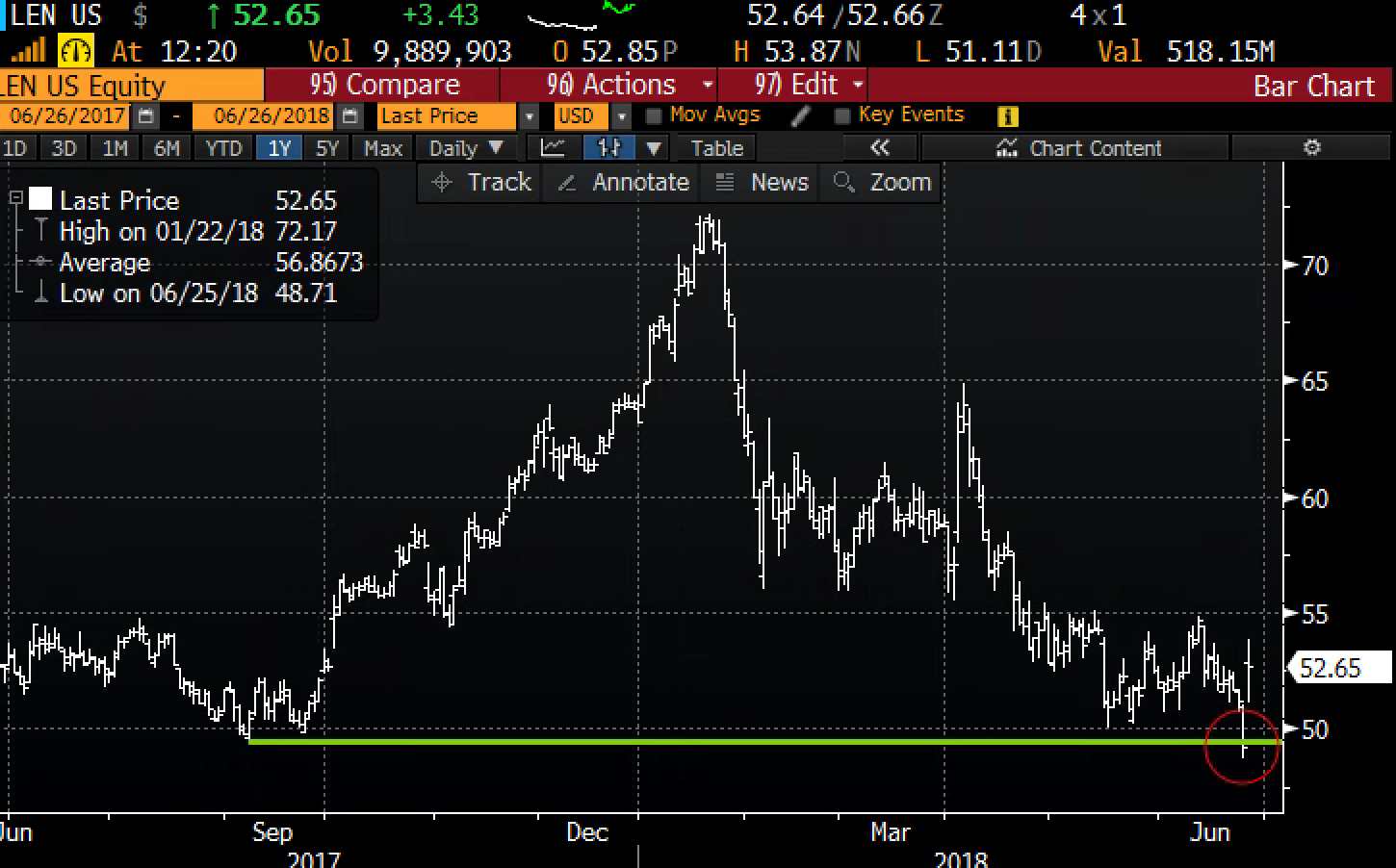 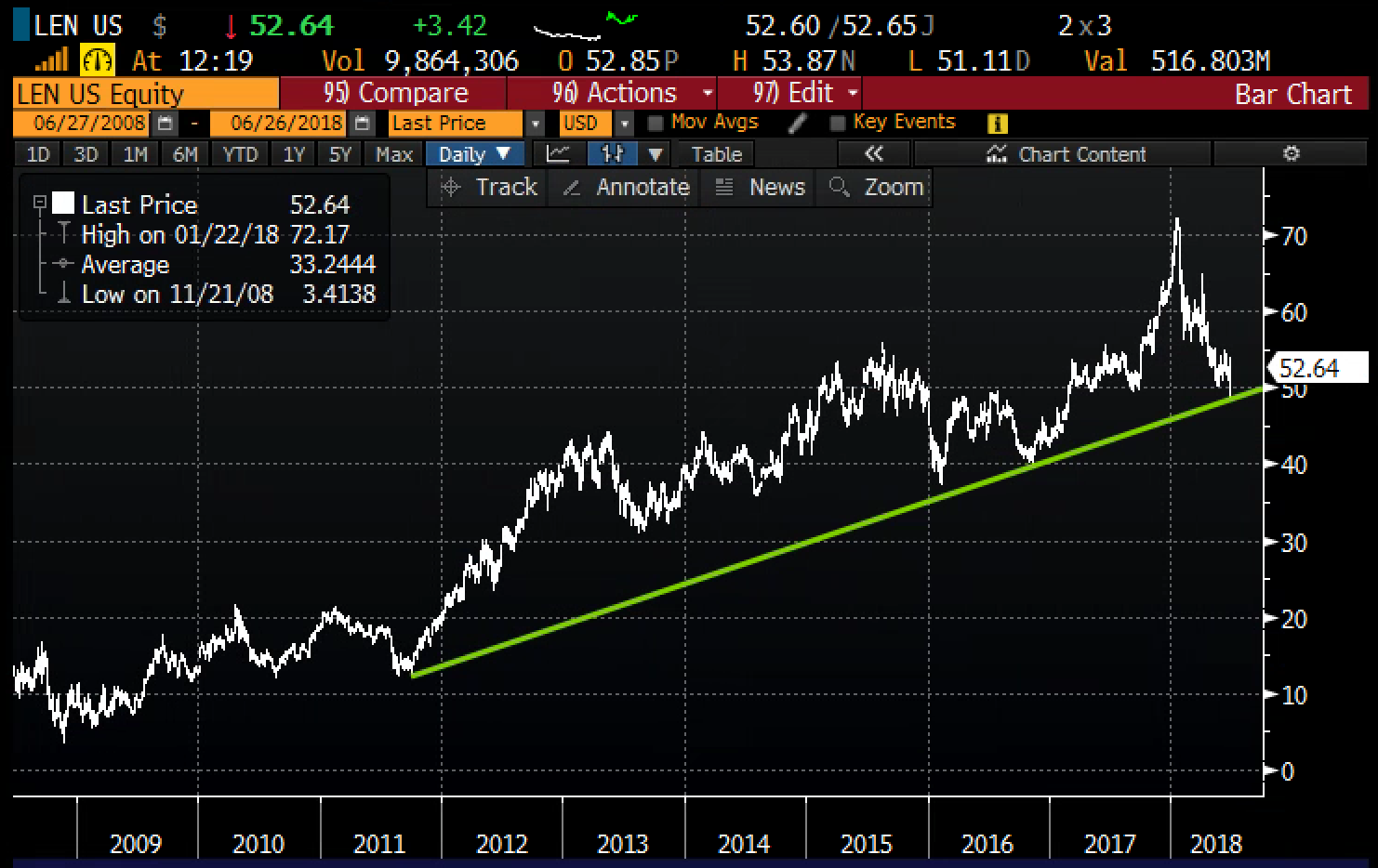 Thursday after the close homebuilder KB Home (KBH) will report their fiscal Q2 results, and investors will be watching closely to get their commentary as KBH largely sells at the lower end to first-time buyers, while LEN tends to be higher end. Of specific focus might be their ability to pass-through increase costs from input prices like lumber, but also how is this economy, and rising rates affecting a lower end consumer. KBH was hit just as hard as LEN from this year’s highs down about 34% and 20% ytd, having today bounced at important technical support: 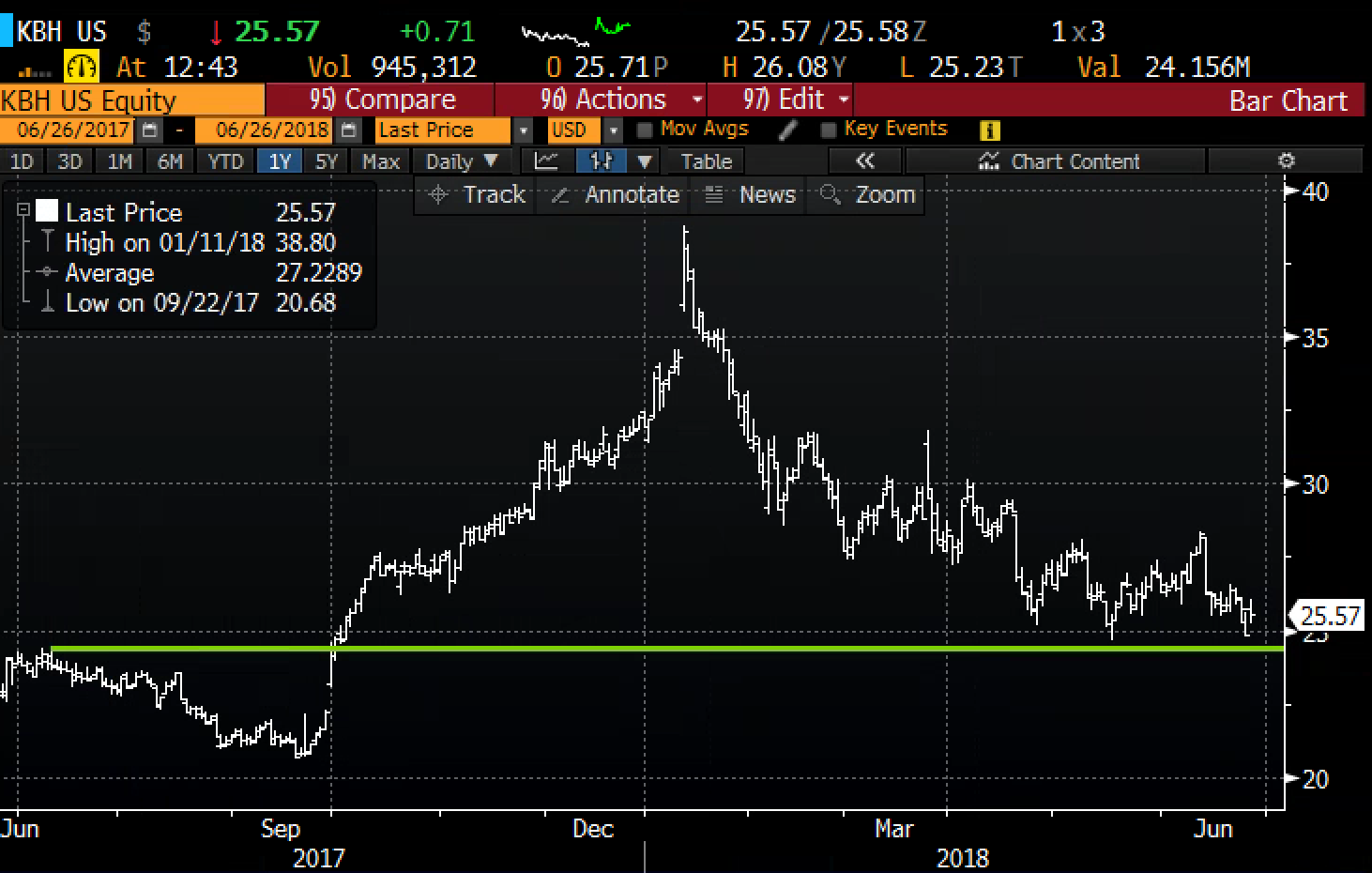 Which brings me to the S&P Homebuilders etf, the XHB which is also sitting on key technical support at its prior breakout level from last fall: 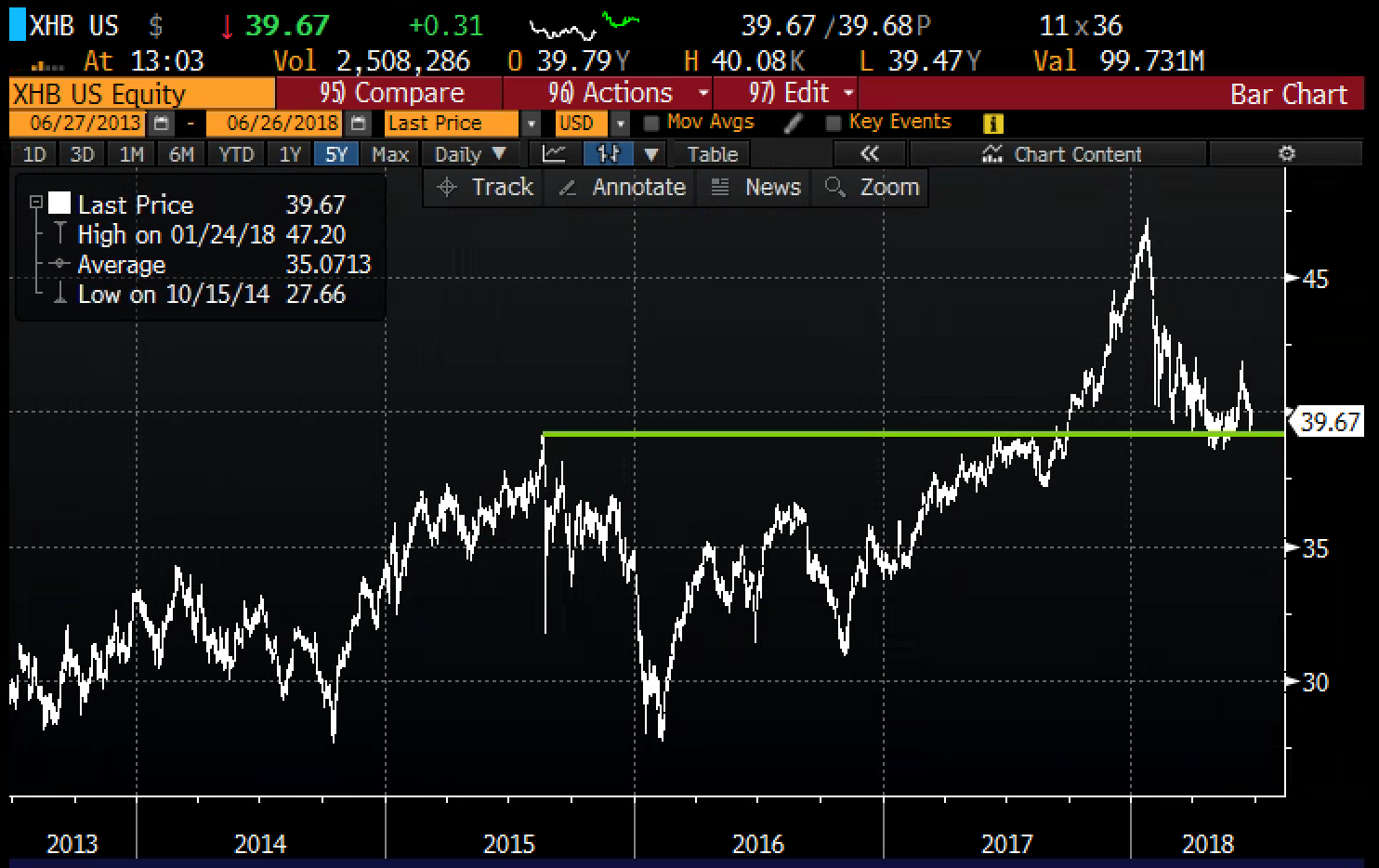 The construction of the XHB., is quite different than the ITB, the iShares US Home Construction etf where the top five holdings are homebuilders which make up about 50% of the weight, while the XHB is mostly an equal-weighted etf of about 20 stocks ranging from homebuilders, building suppliers, appliance makers and home improvement retailers. Which leads me to a sort of contrarian idea, not one that I am personally convicted on, but one that I could see working if the worst of investors fears at the moment proved to be unfounded over the course of the summer.  If we were to get some sort of truce on the brewing global trade war, interest rates continued to rise modestly or consolidate, unemployment stays low and wages continue to increase, and there is no massive macroeconomic shock or stock market meltdown, then homebuilding and related stocks might be poised for a bounce into the fall.

Rationale: this is a fairly contrarian trade at the moment given sentiment in the group for most of this year and a failure after LEN’s earnings in the space would be lights out. This trade idea targets a 10% move higher in the next three months, offers a wide range of profitability to the upside if it overshoots and only risks 2.3% of the stock price to possibly make nearly 8%.