Tonight after the close Oracle Systems (ORCL) will report their fiscal Q4 results. The options market is implying about a 6.5% one day move tomorrow which is tad shy of the 7.3% average one-day post-earnings move, but above the ten year average of about 5%.

Last week JPM software analyst Mark Murphy downgraded shares of ORCL from a Buy to a Hold citing weak results from a corporate CIO survey they conducted, here is the summary of the downgrade note: 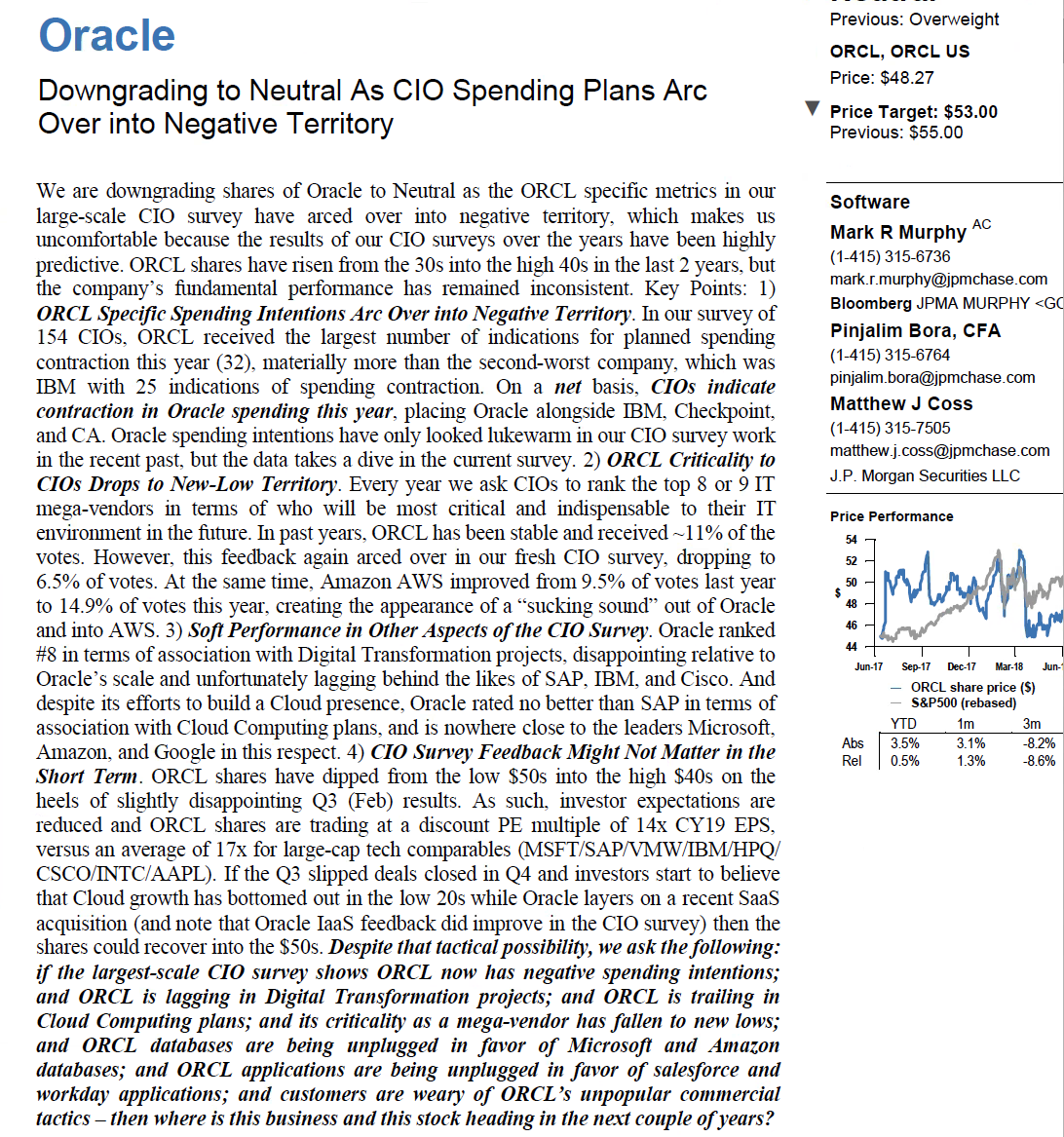 That downgrade took a little air out of the stock, dropping about $2, with the stock now up about $2 from its 2018 low and down nearly $8 from its 2018 and all-time high made in March. With the past week’s decline, the stock is now down 2% on the year massively underperforming the Nasdaq Composite’s ytd gains of 11% and many cloud computing peers like Salesforce.com’s (CRM) 36% gains, ServiceNow’s (NOW) 36% ytd gains and Workday’s (WDAY) 27% ytd gains. 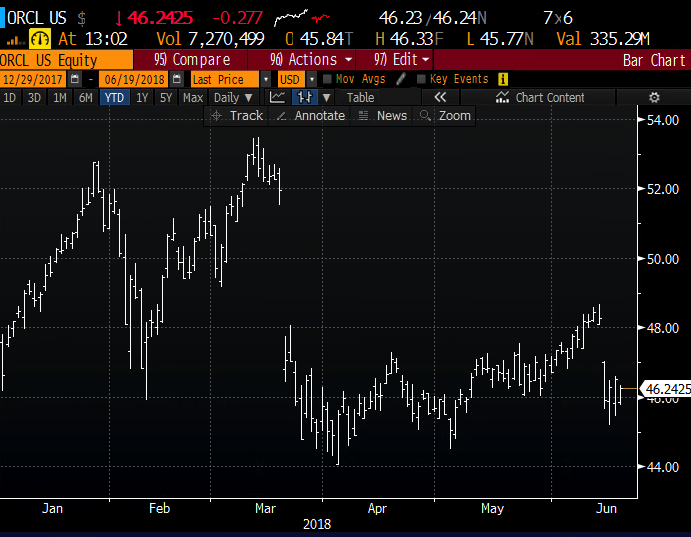 Taking a slightly longer term view at ORCL, with the stock in a downtrend from recent all-time highs, the $45-$47 appears to be fairly important support: 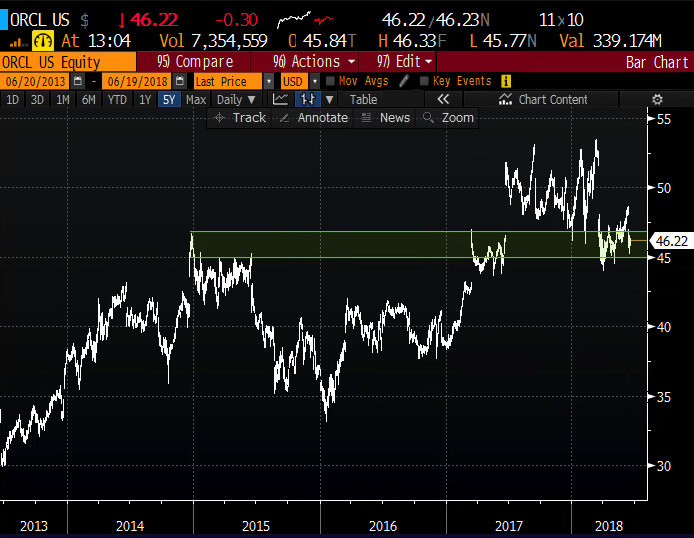 ORCL trades 14x expected fiscal 2019 earnings for a reason, largely its decelerating growth in cloud-based software as a service offerings relative to the competitors listed above. This point was highlighted this week in a preview note from Wedbush’s Steve Koenig, per Barron’s:

even with strong IT demand, Oracle hasn’t executed evenly in recent years, as it struggles with “seasonality, lumpiness in vertical (industry) applications, lagging performance from acquired Software as a Service offerings, and continued year-over-year declines in legacy hosting.” Moreover, unlike some peers, Oracle hasn’t seen an inflection in IT budgets.

These two analyst comments seem to bookend each other.

Expectations have clearly been lowered of late, the potential for meaningful outperformance in the quarter likely comes from the usual shenanigans of booking as much as possible in Q4 to close the year. As for forward guidance I suspect that we will see a tad bit of hesitancy associated with the results of CIO surveys like the one recently conducted by JPM, but also in the company’s own visibility, or lack thereof in what seems to be weakening economic data in Europe, the adverse effects of the U.S. dollar at a one year high, up nearly 8% from its 52 week lows made in February and the any caution leveled from customers regarding our bubbling trade stance with both friends and allies.

So what’s the trade? The stock is a hard press given how poor the sentiment is, but a miss and a guide down and the stock is down 10% in a quick.

Rationale: this trade idea risks a little less than 2.5% to make bearish bet into a potentially volatile event that the options market sees the stock moving 6.5% in either direction. Risking 1 to possibly make 3 is an attractive risk-reward. Ill offer our usual disclaimer though, youy need to get a lot of things right to make money on long premium directional trades into earnings, first and foremost direction, then magnitude of the move and timing.

Or If I were inclined to play for an oversold bounce…

Rationale: this is a pretty simple trade, risk 1 to maybe make up to 2 if the stock is up 3% this week following earnings. Same disclaimer applies from above.