About a month ago, the most high-profile tech company to IPO in the last year or so, Snap Inc. (SNAP) made new all-time low at $10.50, down 40% from its March 2017 offering price. Since May 30th the stock has gone up about 30% in what looks like a straight line, filling in its entire gap from its disappointing fQ1 earnings: 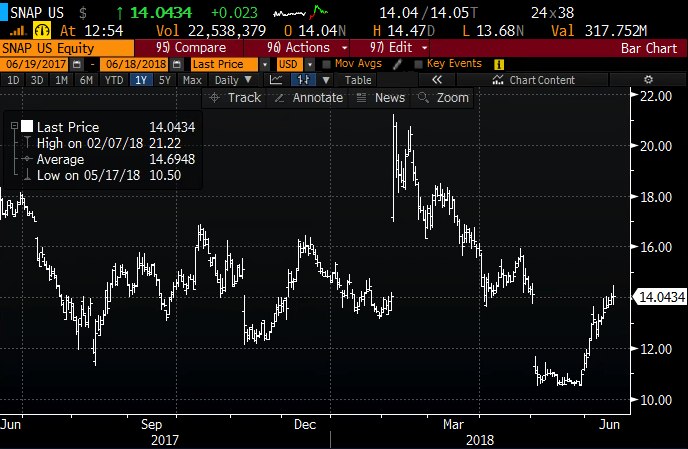 What’s interesting about this behavior in SNAP is that there are no shortage of other recent tech ipos that have had parabolic moves over the last few weeks, one of the sharpest being Dropbox (DBX), cloud storage company, gaining 40% in just the last four trading days, now up 100% from its March 22nd IPO price of $21, seemingly on no news: 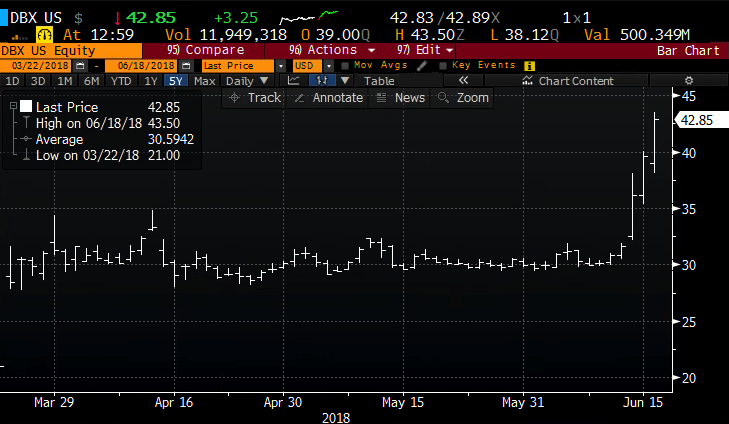 And cloud security provider Zscaler (ZS) up 60% this month alone, up 150% from its March 15th ipo price: 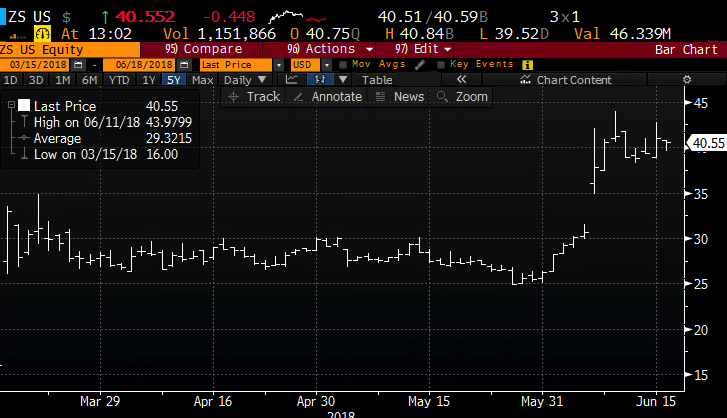 And Docusign (DOCU) the electronic signature company whose stock has rallied 30% this month, and is up 125% from its April 26th IPO priced at $29: 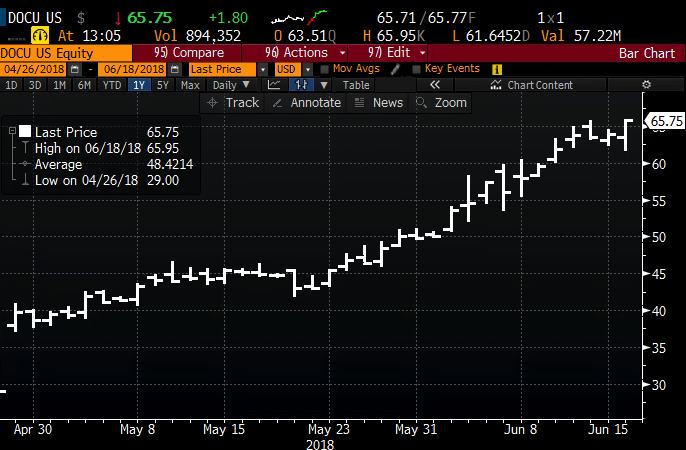 When trying to make heads or tails of this sort of activity sometimes the options market can help confirm or excuse extreme moves in newly issued stocks.

IN the case of DBX today, the options activity is definitely running hot at nearly 3x average daily, with the most active strike the June 22nd weekly 40 calls, with over 2500 trading. In this example where the average price is about $2.60, with most sold to close, it appears that this was short-term traders locking in some profits in calls that were purchased last week when the stock started to move.

Lastly, I’ll just remind readers how important it is for companies of newly issued stocks to post a beat in their first earnings report out of the gate… remember Spotify (SPOT) who listed their shares (or a small portion of them) on the NYSE in a direct listing back in March… when the company reported in early May the first time as a public company the stock intially got hit to the tune of 10% before finding its footing and in the last could weeks making a new all time high.

DBX’s first report will be closely watched as the company is sporting the same market cap of SNAP, about $17 billion on a slighter greater expected annual revenue run rate, despite a slower growth rate (43% expected vs 25%) yet DBX is profitable and SNAP is NOT.

DBX should report their first quarter out of the gate the second week of August, and given the high levels of options prices the at the money straddle in Aug is implying about $10 at the moment, which seems a bit extreme and I expect to moderate in the coming weeks.