Back on March 22nd Micron (MU) reported their fiscal Q2 results and the stock sold off 8% the next day despite printing a modest beat and raise with an optimistic commentary. MU was trading just below its 52-week and 18-year highs at the time but was about to suffer a nearly 30% peak to trough decline in the next month and a half. The stock found a floor earlier this month and has since rallied more than 25%: 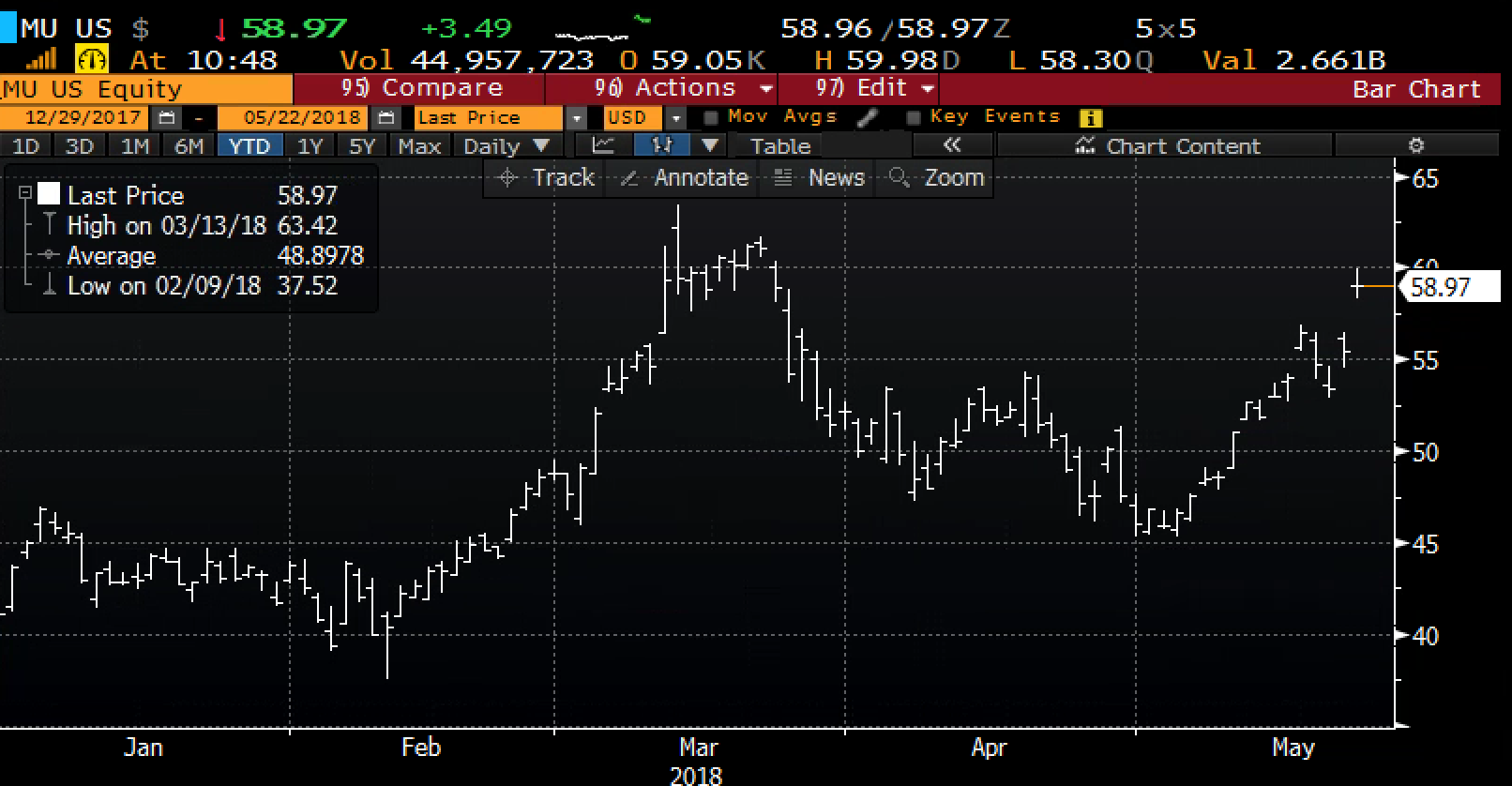 You might ask what the heck was going on? Well, the answer is pretty simple, some fairly savvy investor relations in my opinion. Prior to earnings, MU was up 45% on the year, the clear year to date winner in terms of performance in the semiconductor space, even besting Nvidia (NVDA). MU management knowing that they would have their annual analyst day in two months on May 21st decided to hold back on their share repurchase news and overly aggressive guidance to allow for some good news when they might need it. Following yesterday’s disclosures of a $10 billion share buyback plan, a partnership with Intel (INTC) on a NAND device and increased guidance, the stock is up 11% since Friday’s close.

I don’t for a second mean to imply that MU management was trying to game investors, they were merely being conservative back in March when they had no reason to be overly aggressive with the stock near highs, and they understand that if you are going to get the entire analyst community and some large investors together in a room that most have to travel for, you might as well give them a little kiss while you are there. While this is not always the case, it is a fairly good practice in a bull market or when you are very confident in your current business cycle and visibility.