Earlier this morning I had the following to say about Applied Material’s (AMAT) reaction to last night’s earnings and guidance: 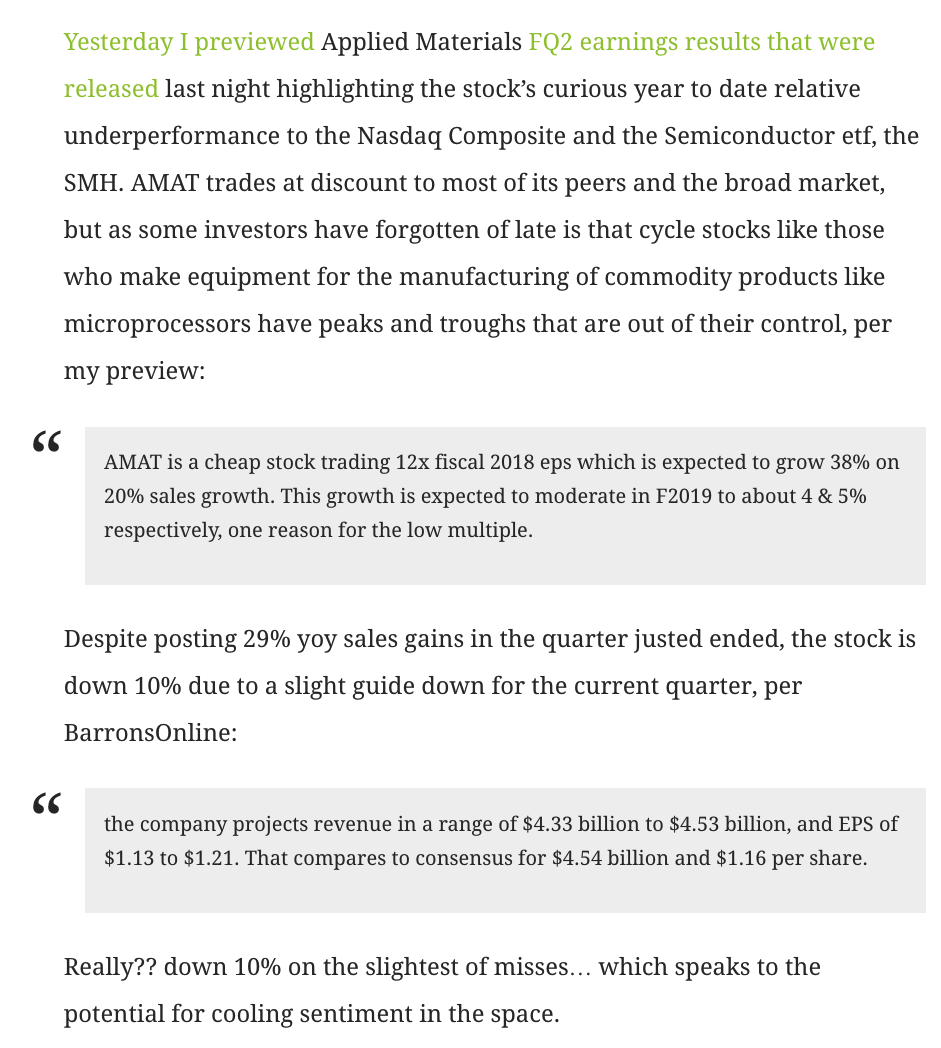 Just last week I waded back into the SMH pool on the short side:

Given the strength in stocks like INTC and NVDA and the relative weakness in TSM, the fact that the SMH is still down 11% from its March highs and just 6% from its 2018 closing low tells me this recent bounce lacks gusto with few catalysts in the near term now that earnings season is near its end. Looking at the year to date chart its appears that the SMH could be at a near-term inflection point, and NVDA’s reaction to earnings this week could be the thing that causes a re-test of the 2018 lows near $95 or a breakout above the two-month downtrend

The SMH did, in fact, break the downtrend, and while some of the components that Identified as acting weak continue to do so, but the strength in AMD, Intel (INTC), Micron (MU) and Nvidia (NVDA) has powered a 10% bounce from the April lows. The SMH is down 8% from its all-time highs made in March and has stalled out a little: 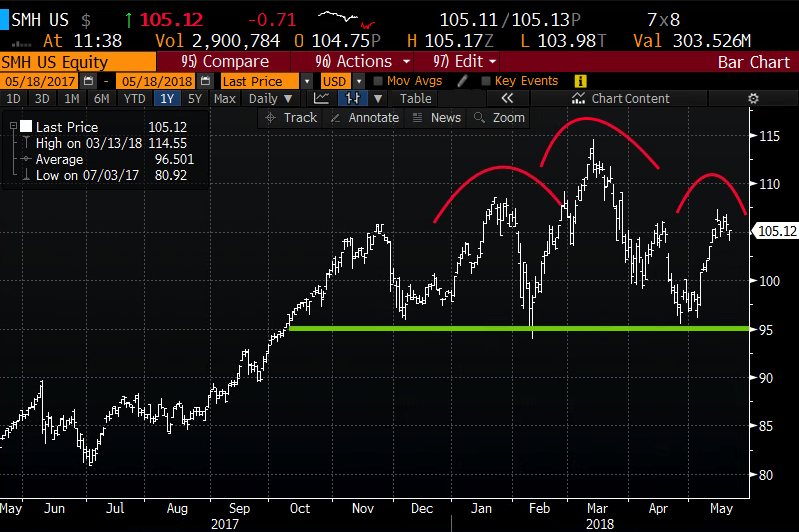 So back to my ill-timed short idea from May 7th in the SMH:

With the etf at $105, this put spread is worth about $2 losing one-third of its value and might be worth adjusting or considering a nearer to the money trade idea…

Rationale: this trade idea risks a little less than 2% and offers a potential payout of 4x the premium at risk playing for a move back to important one-year technical support.

Here is one other important input… on May 21st Micron (MU) will host their annual analyst/investor day and the stock’s reaction to whatever news comes out will likely be important to the broader group, as is the case with AMAT today.  Earlier this week Goldman Sach’s Semiconductor Analyst had some downbeat commentary on his space, per Barron’sOnline:

“days of inventory” for chips in the supply chain rising in Q1 to 52 days from 40 days in the prior quarter, notes that “component lead times have extended more broadly (typically a sign of late-cycle dynamics).”

The reaction today to AMAT’s muted guidance might reinforce this view, at least from the way investors are viewing the current cycle. I would also note that back on March 22nd following the company’s fiscal Q2 results that were a clear beat, the stock sold off 8% in a day, which ultimately lead to a nearly 30% decline from its multi-year highs the prior week to its April lows. Any perceived weakness in MU’s outlook at this stock is toast, back to its uptrend from the Aug 2017 lows which would be near $46: 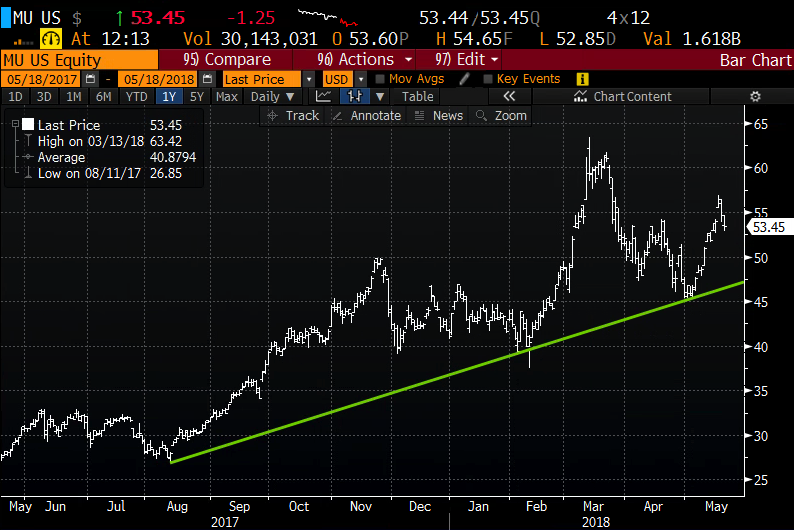