On Thursday, with Facebook (FB) stock filling in its initial gap from the revelation of the Cambridge Analytica data breach in March, I laid out a defined risk strategy to play for a pull-back towards the March lows over the course of the summer, targeting their Q2 results in early Aug (read here). With the stock at $185, with an eye towards the $150 panic low made in early April, I detailed a put butterfly strategy that offered a 5 to 1 payout potential if the stock were to retest $150 by Aug expiration.

On Friday’s Options Action on CNBC I modified this trade idea a little with the stock a couple dollars higher, using a straight put up put spread which could also be used as hedge against a long stock position, watch here:

Here is the one year chart showing the gap fills and the $160 target on the downside: 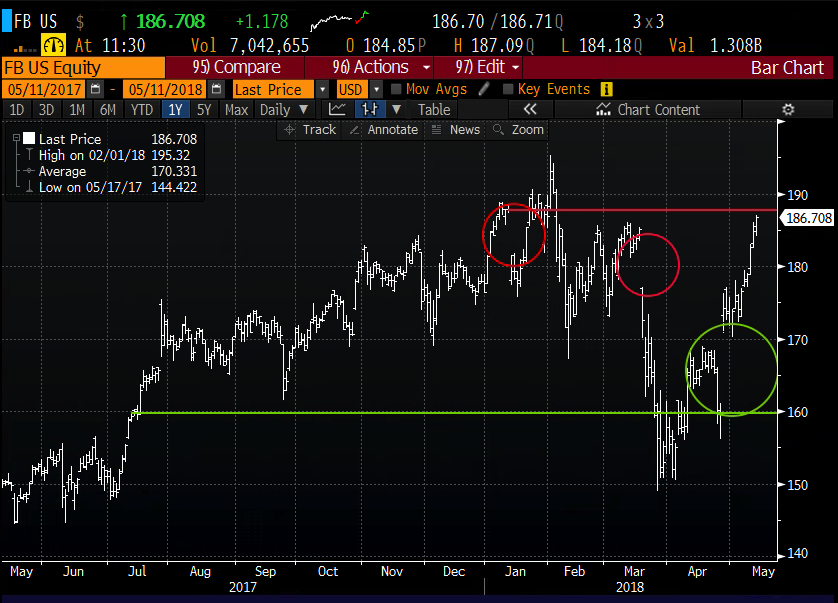 With short-dated options prices more than cut in half in the last couple weeks, it’s not hard to make the case to be long premium for those with a directional view: 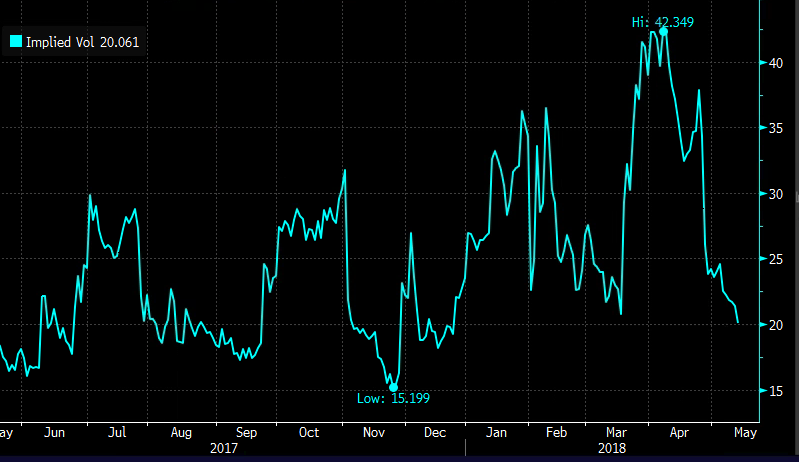 While not much changed from Thursday to Friday, I wanted to quickly address the difference between the two strategies. Here was the put butterfly from Thursday: 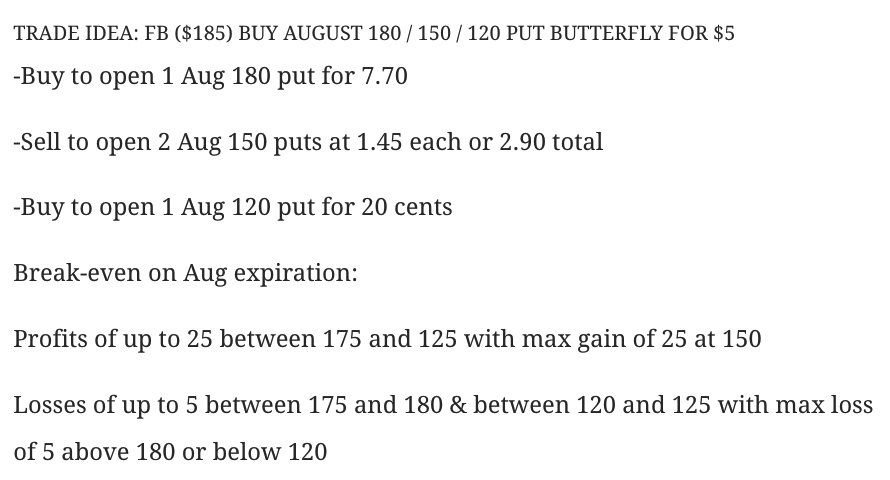 The way I use butterflies is kind of a set it and forget it trade as the four options legs are expensive to trade in and out of, especially when cutting loses, but my level of conviction also factors into it. If I were willing to wait around until FB’s earnings in early Aug and I thought the likelihood of new highs wasn’t great between now and Aug then the Fly makes a lot of sense as the sale of two of the way out of the money 150 puts will help offset decay in the near the money put I am long.  Think of this fly as buying the Aug 180 / 150 put spread and selling the Aug 150 / 120 put spread. When buying a butterfly the rule of thumb is that you want to target at least a 4 to 1 potential payout, but that obviously is dependant on how close to the money the break-even is an how much time until expiration, usually target under three months.

As for a straight up put spread, I will often trade out of the short leg, sometimes roll up, or in the case of a sharp drop towards the short strike even turn into a butterfly in an effort to lock in some gains and reduce the premium at risk. Risk reward also factors in, for most convicted views, and if i thought the stock could decline quickly I would just buy a put and look to turn into a vertical put spread by selling a lower strike put of the same direction if the stock did move lower quickly if I were inclined to hold onto the trade.