Last week prior to Spotify’s first report as a publicly traded company, one month after its direct listing to go public in a fairly unique way, I had the following to say as to what investors should expect:

I think it is important to consider what SPOT CEO Daniel Ek recently stated in a blog post on the eve of their direct listing: 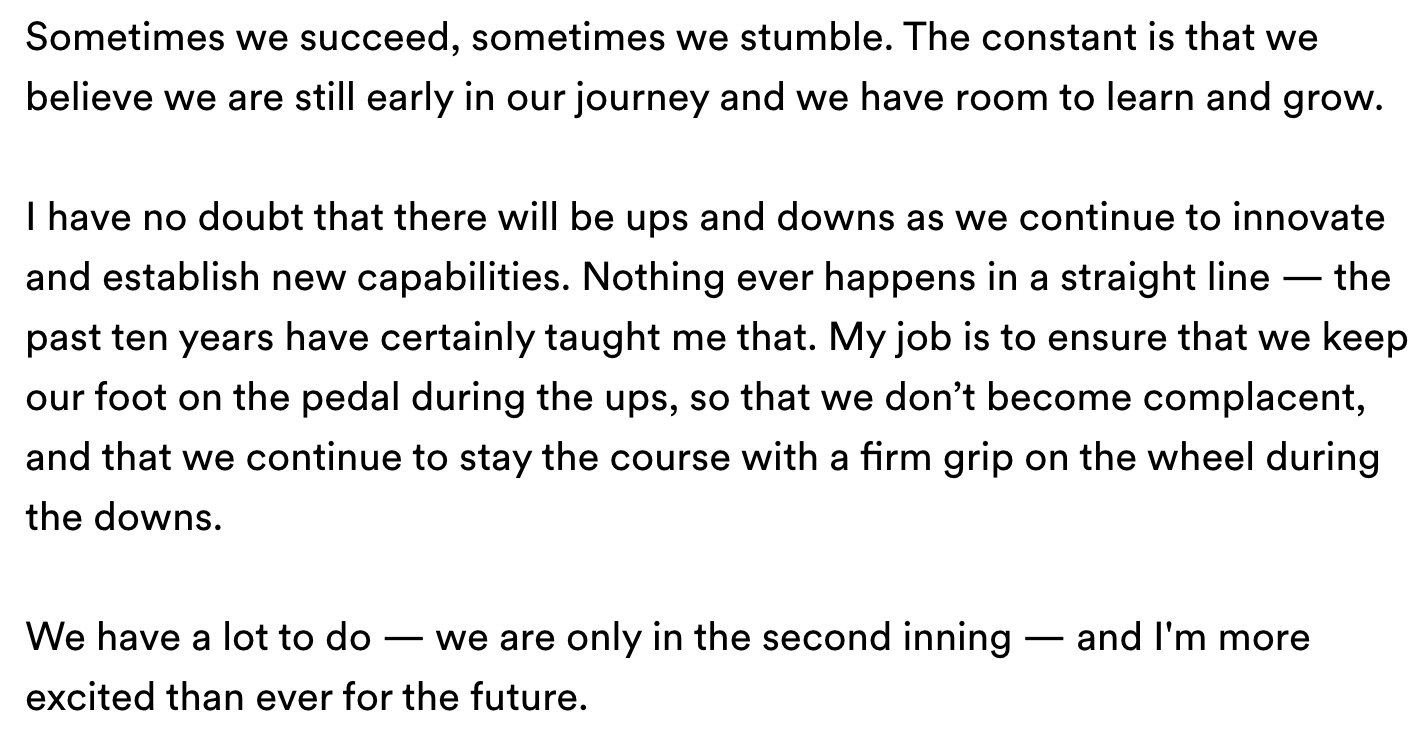 I suspect he is not too concerned about which metrics that investors and analysts want to obsess about on a short-term basis.

On the close, the day of their May 2nd report SPOT shares closed at its highs ($170) since its listing on April 2nd listing date where it had a reference price of $132.50 but opening at $165.90, and now trades $150. At the time I had the following to say relative to its most obvious public comp, Netflix:

Its worth noting that with a $30 billion market cap, SPOT trades at about 22% of the value of Netflix which consensus sees raking in nearly $16 billion in sales in 2018, up 35% year over year, with over 120 million paid subs, wth GAAP net income of ~$1.3 billion. The main takeaway here is that NFLX is expected to have gross margins close to 38%, far greater than SPOT’s 24%. NFLX may prove to be a very tough comp for SPOT.

RBC’s top rated Internet Analyst Mark Mahaney reiterated his buy rating after the print, bringing down his 12-month price target from $220 to $210 with the headline: Music is going Streaming. Streaming is going Global. Spotify is the Global Leader (40% of all Paid Subs) & has Sustainable Advantages. Biz Model is Inflecting (GMs driving up). And Valuation is Highly Reasonable.

Here was a summary of Mark’s outlook for the stock in fiscal 2019: 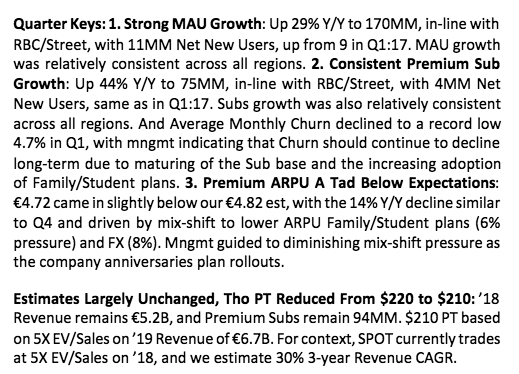 The stock has found some support at the nice round number of $150 over the last few trading days, with ovbious technical resistance back near the earnings gap at $170, but with such little trading history none of this means a whole heck of a lot aside from the reference price of $132.50: 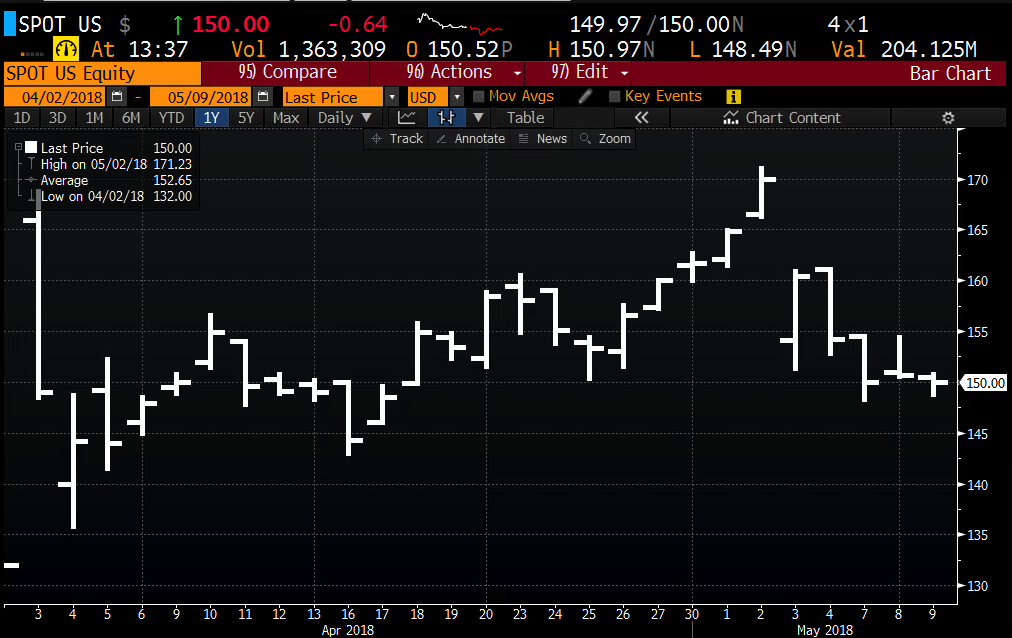 Unlike traditional ipos there were no lockups for insiders or early investors and they have been free to trade.

To suggest that SPOT’s second quarterly report as a publicly traded company in mid-August will be important is an understatement.

Options prices remain very well bid. As an example with the stock at $150 the June 150 straddle (the call premium + the put premium) is offered at $13.80, or about 9% of the stock price, implying at the moment that the if you wanted to own the implied movement between now and June 15th you would need to have at least a 9% move in either direction to just break-even.

The best case scenario the stock has moved close to 160, the short call expires worthless and the Oct call gains value as it picks up deltas, at which case you could roll the Oct call up or out, or you could sell a higher price call to make a vertical call spread.

On the downside, the worst case scenario is a decline well below current levels where the long-dated Oct call will lose deltas and thus value and the call sale in June only offsets a small portion of the losses of long Oct call. The max potential loss is the $5 in premium.

Rationale: outright call purchases are expensive, and frankly vertical call spreads don’t look great. For instance with the stock at $150, the Oct 150 – 200 call spread costs about $13, or 26% of the width of the spread. But the premium outlay is about 9% of the stock price, also the implied movement in the stock over the next month. Owning that premium doesn’t give you a lot of room for error. Now you might say that the break-even on Oct expiration is at 165, up about 10% and ask how is that any better? I guess its a matter of risk and reward, by financing the purchase of the out of the money call I am leaving myself some optionality to further reduce my premium at risk by again turning into a calendar, maybe a diagonal or a vertical call spread.