Electronic Arts (EA) will report their fiscal Q4 results tonight after the close, the options market is implying about a 7% move in either direction, which is a tad rich to their four-quarter average move of about 6.25%.

Shares of EA are up 18% on the year, about 5% from its 52-week and all-time highs made in mid-March. Interestingly the implied movement is back towards the prior highs just above $130, and down near what appears to be near-term support near $115: 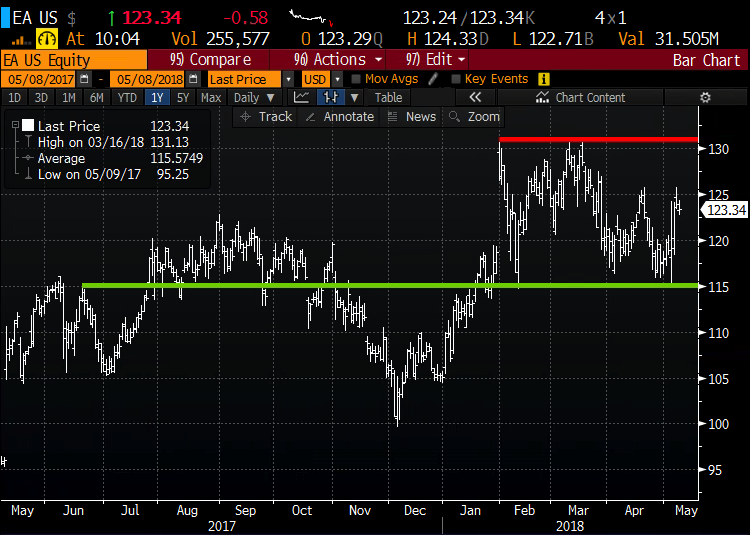 Wall Street analysts are fairly positive on the stock with 22 Buy ratings, 7 Holds and no Sells with an average 12-month price target of $138, more than 10% above current levels. Reading through some earnings preview notes it appears that there is some concern that the Fortnite sensation has the potential to weigh on live streaming results, but a few analysts highlight the fact that shooter games compared to games like EA’s FIFA Soccer have fairly different player bases. Commentary on live streaming will be key as it is where some see them getting upside in Fiscal 2019. Credit Suisse analyst Steven Ju who rates the stock a Buy highlighted the following drivers for the stock near term:

EA trades about 24x f2019 expected eps growth of 17% on 9% sales growth, not exactly cheap, but I suspect there is a bit of a takeover premium built into the stock as media companies actively bid for broadcast content, which ultimately might work its way down to video co-publishers as live streaming and e-sports take up more and more time of kids and millennials. Back in late November, I discussed the possibility of this: 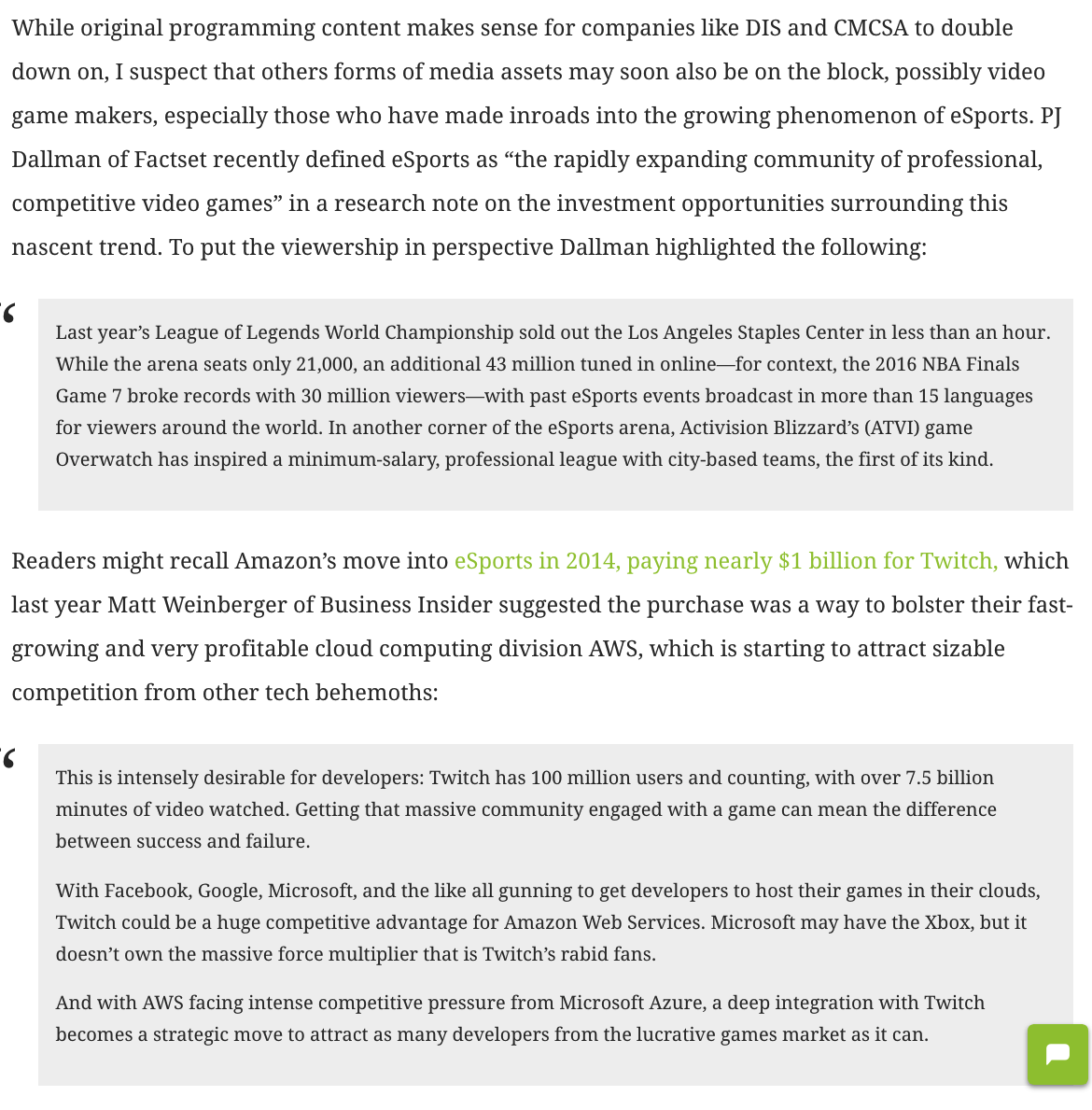 SO what’s the trade? The implied movement feels pretty well lined up with key near-term technical support and levels, and barring a meaningful guide up or down, which seems unlikely, I suspect the stock is within this range by Friday’s close.

If I were long the stock I might consider selling premium against the position either by selling calls or possibly selling a strangle to add yield. For instance

Or if you like the idea of playing for consolidation but like the idea of taking advantage of elevated options premiums into the print in an effort to add yield to your long AND you are willing to buy more stock at lower levels, one could sell a Strangle vs their long stock. Selling a strangle means to sell a call and a put of the same expiration but of different strikes. For instance:

Break-evens on May 11th expiration:

The 2.40 in premium will serve as a buffer to the downside. below 116 you would be put 100 shares of stock and suffer losses of existing position and additional shares less the 2.40 in premium recieved for selling the strangle.

Break-Even on May 11th Close:

The best case scenario the stock has moved close to 130, the short call expires worthless and the Sept call gains value as it picks up deltas, at which case you could roll the Sept call up or out, or you can sell a higher price call to make a vertical call spread.

On the downside, the worst case scenario is a decline well below current levels where the long-dated Sept call will lose deltas and thus value and the call sale of the weekly only offsets a small portion of the losses of long Sept call. The max potential loss is the $6 in premium.