Disney (DIS) will report their fiscal Q2 earnings May 8th after the close. The options market is implying about a 3.5% move in either direction post results which is rich to its average one-day post-earnings move over the last four quarters of about 2.5%.

The other night on CNBC’s Fast Money we previewed the implied movement:

Last week there were rumors that DIS’s ESPN division lost 500,000 subscribers in April alone, which would be a sharp acceleration of chord-cutting at DIS’s most profitable unit. While the number might be high, it does speak to the direction of losses and the need for the company to get off to a good start with a slew of over the top offerings and partnerships with platforms like Twitter announced last week

My sense that sentiment is a tad too pessimistic as despite losses for the ott build out in the next couple of years, the company’s superior content, both sports and entertainment will likely make them a formidable competitor to Netflix in the next few years, especially as the company pulls their content from NFLX starting in 2019.

If I were inclined to play DIS from the long side, there are a couple of ways to play depending on one’s time horizon. For instance, if you thought the stock could rally towards $105 next week, in line with the implied move, then with the stock at $101, the May 11th weekly 101 calls offered at 1.90 are not a bad buy. But as regular readers know, it is a matter of conviction, because being long premium directional into events like earnings you need to get a lot of things right to just break-even; first and foremost direction, timing and magnitude of the move. Without getting all three right you have yourself a very binary trade.

But, if you are of the mindset that sentiment is poor at the moment related to ESPN’s media division, and maybe the news is not as bad as feared on the call, and one more constructive quarter this summer could get the stock going, then you might consider a diagonal call calendar strategy where you would sell an out of the money near-dated call to help finance the purchase of an in the money/ near the money longer dated call. For instance…

The maximum risk to this trade is the $5 at risk on a sharp move to the downside.

Rationale: while potential profits are capped between now and May expiration (two weeks) this trade idea targets a near-term move back towards 105, and helps finance owning an in the money call at which point you could roll the profits up and out.

Lets quickly look at a couple charts that helped inform the strikes. First, the one year, near-term support around $96, down $5, what the spread costs, and resistance at $105, in line with the implied move… 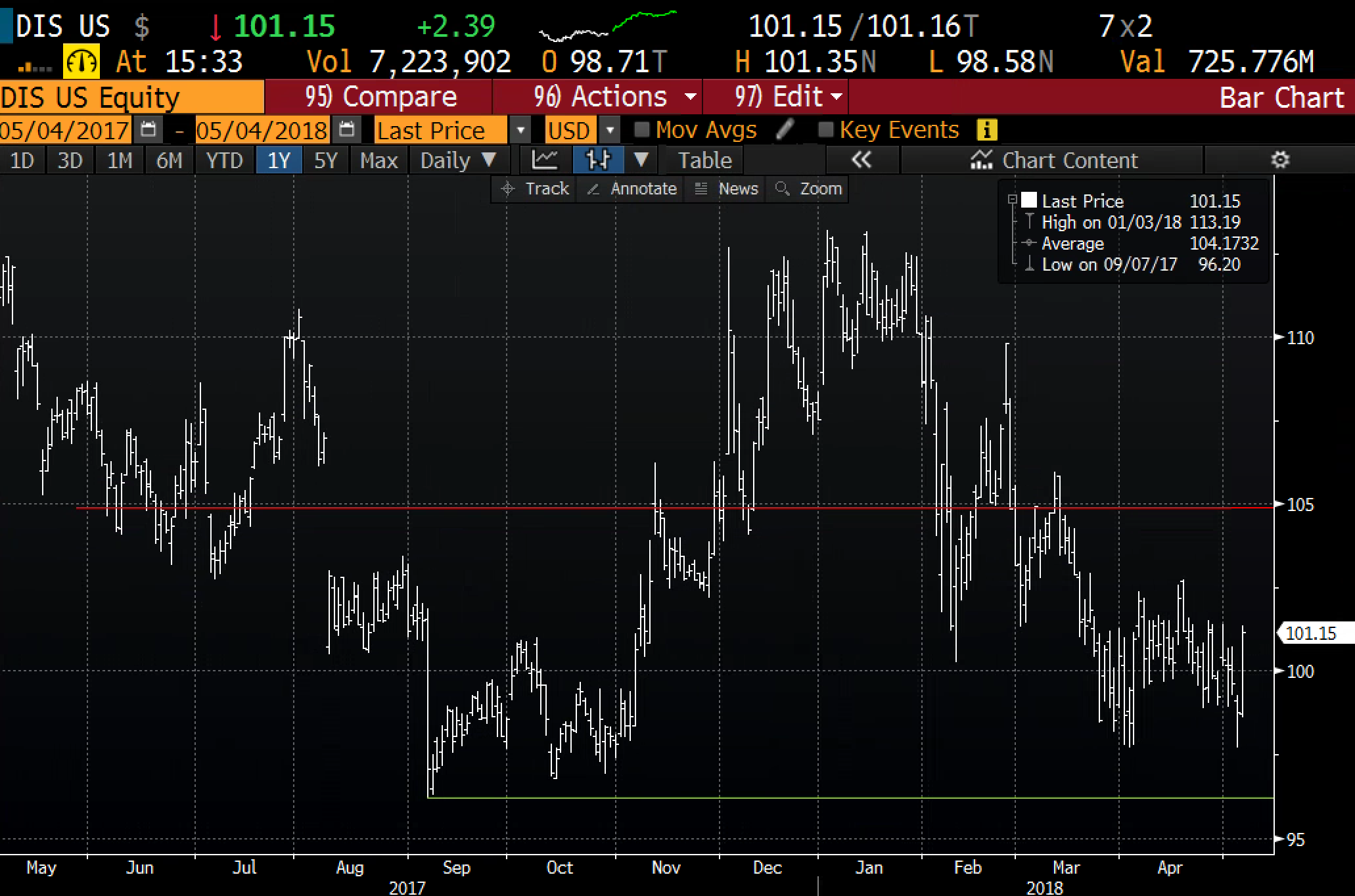 Now the five-year chart, the recent lows in the mid $90s is right on four-year support, a level that it might be risky to be long if the company were to miss and guide down miserably. That said if it holds and starts to build some momentum this summer a test of that downtrend from the highs would be in order… 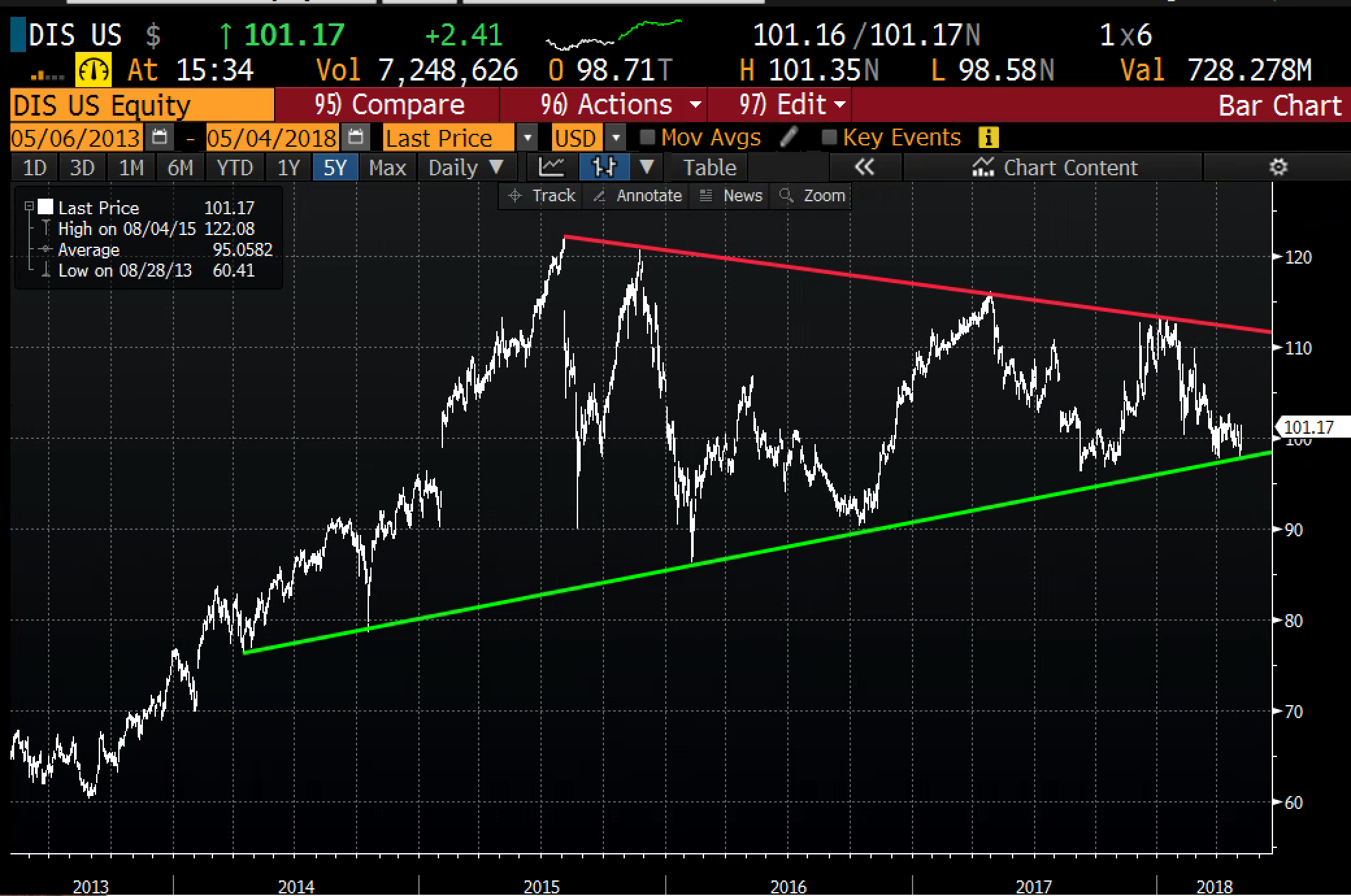