Back in early March, we thought the broad market rally from the February lows was petering out, and rejection at the prior all-time highs in January would make for an attractive short entry. We had the most confidence in the Nasdaq short (detailed here on March 1), but thought small caps, measured by the etf that tracks the Russell 2000 (IWM) could an attractive short for fundamental reasons (read here). I detailed the trade on CNBC’s Options Action, click below to watch: 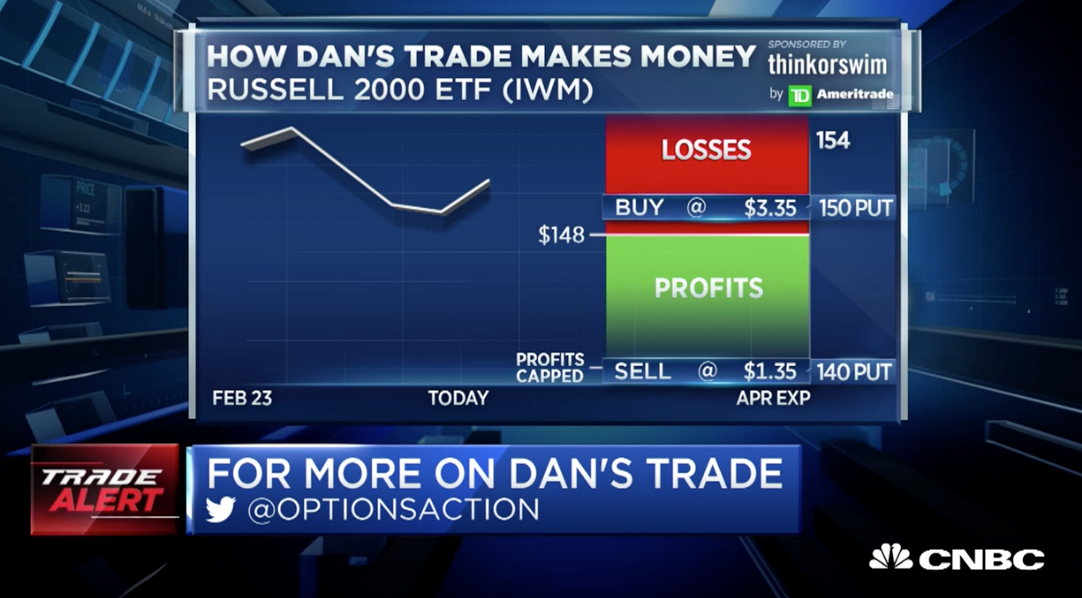 The only problem, like traders will often be, we were early by about a week, the IWM did, in fact, restest the prior high and make nearly a perfect double top just above $160: 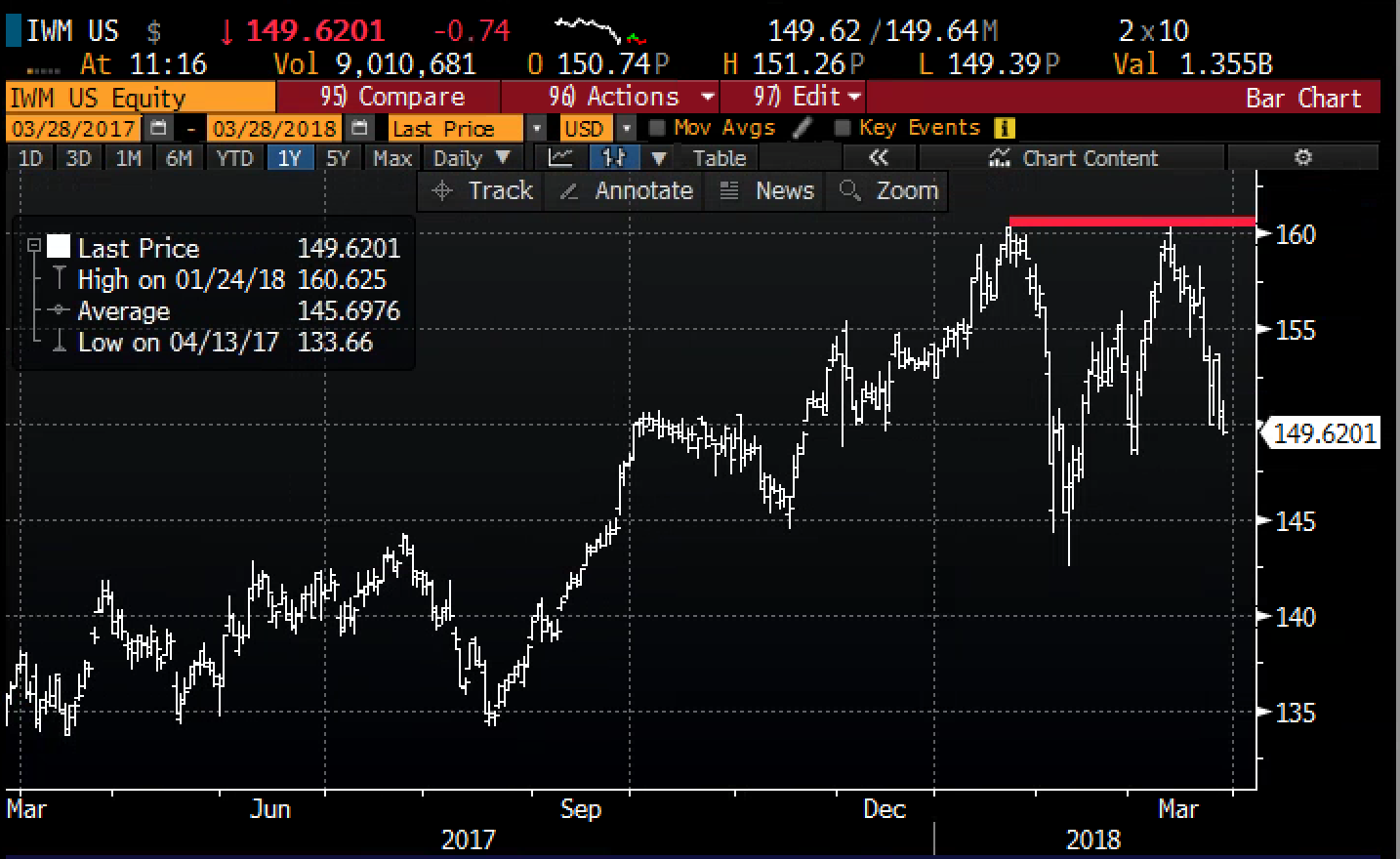 Here was the trade idea from March 2nd:

If you agree that the major equity averages will re-test the Feb lows in the coming weeks, the recent crowding in small caps could make the IWM vulnerable and lead on the way down.

Now for the first time since March 2nd, the IWM is below our long put strike and it makes sense to re-evaluate the trade. With the etf at $149.60 the put spread can be sold for about a 50 cent profit. We think it makes sense to close this trade for a couple of reasons. First and foremost the IWM has shown very healthy relative strength to the Nasdaq and the S&P 500 as investors see the largely domestic group as a sort of safe haven from any brewing trade war. Additionally, one of the main issues roiling large-cap land is the massive weighting of mega tech stocks and some of the issues that are likely to not go away anytime soon.

While I think a re-test of $145 in the coming weeks could be very likely, but I continue to expect some relative out-performance in small-caps. While the gain is not what we were looking for on this sort of move ($10 from the recent highs) the main point is that we are getting bailed out after a very poor trade entry.

If the market were to find its footing into the long holiday weekend into Thursday’s close, then this trade will be a loser and time will not be on its side.