We get asked all of the time whether or not options activity is bullish or bearish. Our answer is usually ¯\_(ツ)_/¯ as it is nearly impossible to know without intimate knowledge of the trade, the trader’s intent and what the options might be used against in a portfolio, and all of that is aside from some inside baseball sort of stuff. Generally, It is not our view that too much can be gleaned from unusual options activity, aside from maybe trader sentiment, and we do not let it inform or trading decisions.

But for those routinely curious, there are a few different tricks to tell at least whether or not the activity was opening or closing, and generally, whether or not the options were bought on the offer or sold on the bid, suggesting some directional inclination, assuming they were not traded delta neutral (tied to stock).

Take AMD today, where options activity is running really hot, 2x average daily with puts outnumbering calls 363,000 to 234,000. This in and of itself doesn’t really mean anything, as a quick look at the blotter of larger block trade shows most of the activity closing: 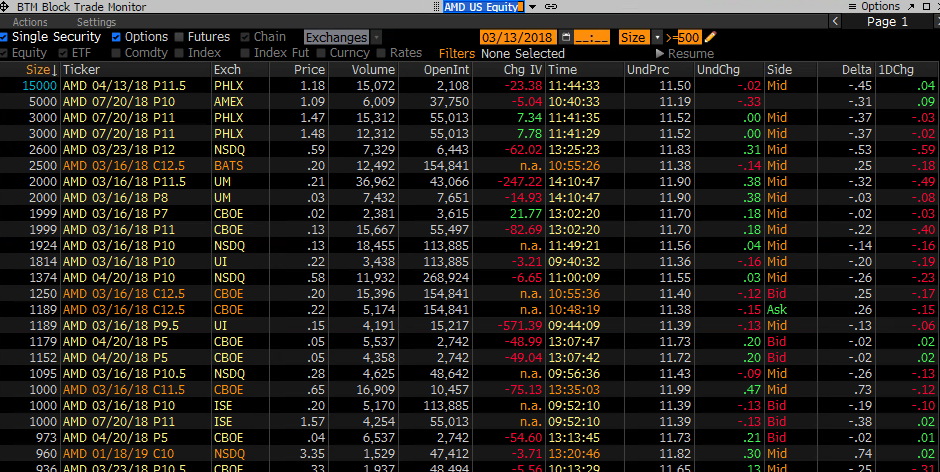 One trade sticks out though, the one in blew which signals, per Bloomberg that it is opening. I can see on the OpenInt column that coming into today there was only 2108 OI. So 15,000 April 11.50 puts were traded at $1.18 at 11:44am were most definitely opening. The change in IV column (implied volatility, the price of options) shows down 23.38%, this suggesting that the puts were sold as selling pressure suppresses iv. A quick look at the intra-day IV chart shows this, and shows this right after the volume traded. 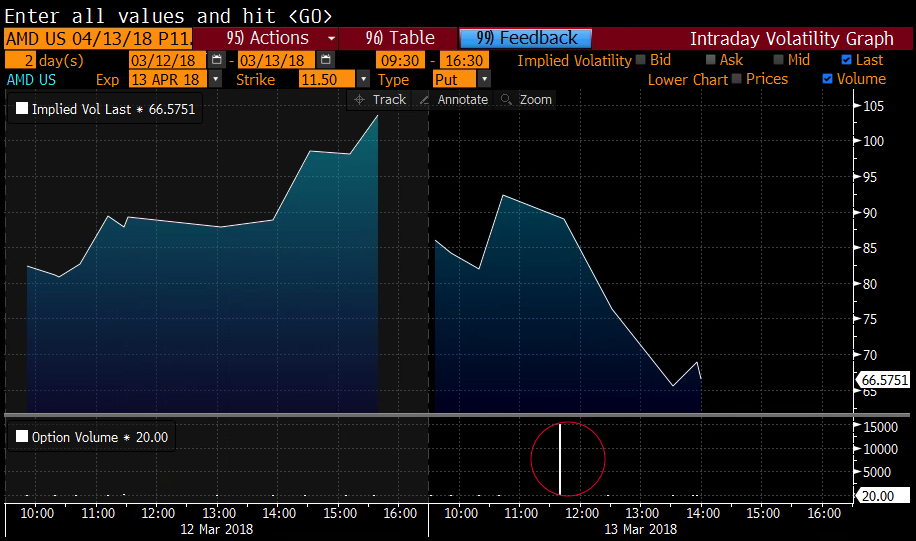 Also it makes sense to make sure there was not a commensurate block of stock to the delta of the options that printed, because if there was, then the trade is definitely not what you might think it is. In this case, there were no blocks of 675,000 (15,000 option contracts on a 45 delta) shares of stock that traded, suggesting the options were traded outright: 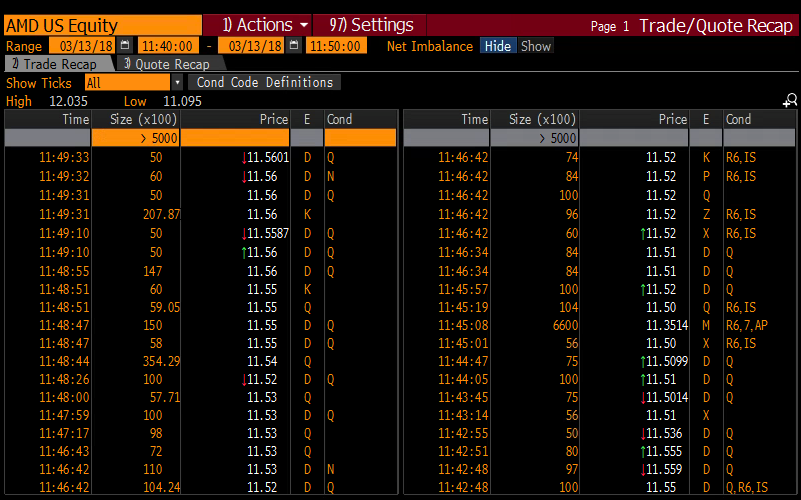 So it appears that the largest options trade of the day in AMD was an opening put sale. On the surface that would be bullish, assuming that was the trader’s intent, but again ¯\_(ツ)_/¯