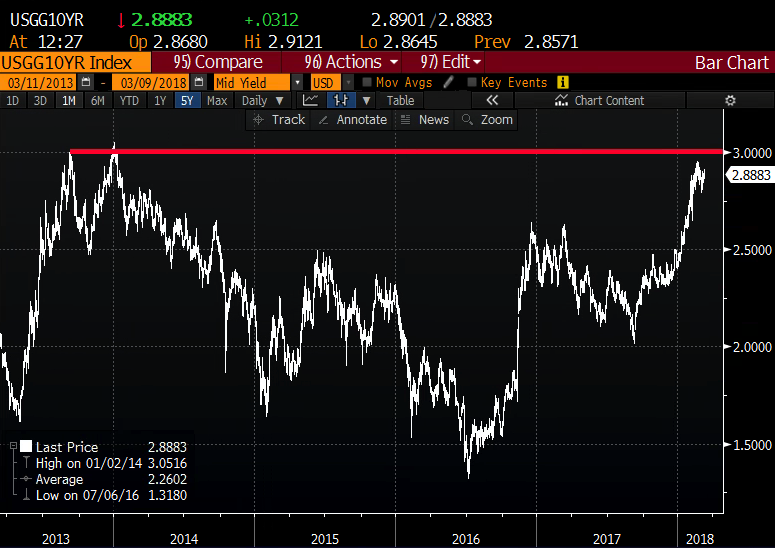 While 3% might look like technical resistance on a five-year chart, the 20-year chart below might indicate this move may only be getting started.  The 2017 breakout above the long-term downtrend, which was then tested on more than a few occasions throughout the year, might now serve as a springboard to 4% in 2018 as the Fed gets ready to make its first hike of 2018 this month under new Fed Chair Jay Powell: 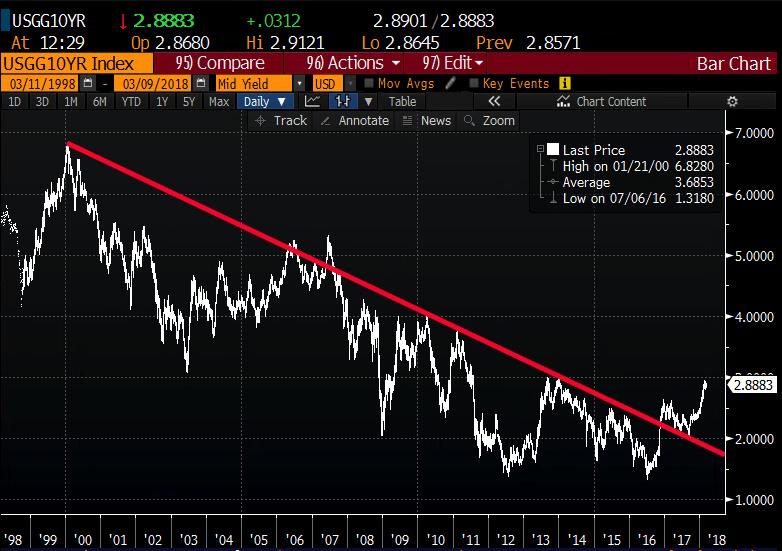 Guidance from the Fed is that they will raise Fed Funds three times this year in quarter-point increments, but with economic data running hot, some market participants are starting to price in a possible fourth hike. Equity sectors often viewed as bond proxies have taken notice so far this year, with Utilities and Consumer Staples massively underperforming, with the XLU and the XLP (the etfs that track these sectors) down 6.5% and 4.5% respectively vs the S&P 500 up nearly 4%.

For the purposes of this post I want to look at one stock that makes up about 10% of the XLP, Philip Morris International (PM). Aside from the fundamentals of the cigarette business which, recent data shows massive headwinds:

American smokers are stubbing out their cigarettes. Data from the Centers for Disease Control and Prevention (CDC) show that the proportion of the adult American population that has smoked at least 100 cigarettes during their
lifetimes stood at 15.5 percent in 2016, down from 20.9 percent in 2005 (http://nnw.fm/J6dQp)

The recent rise in interest rates clearly have stocks like PM, with near 4% yields, look less attractive. And it places greater emphasis on valuation, with PM’s trading at about 20.5x expected 2018 eps growth of 7%. Not egregious, but couple that with fewer smokers, and a shift towards vaping it might make sense to extinguish this butt.

The one year chart showing the recent bounce of off 52-week lows, and today’s pause (possible failure) at the one-year downtrend and this could shape up as a good short entry point: 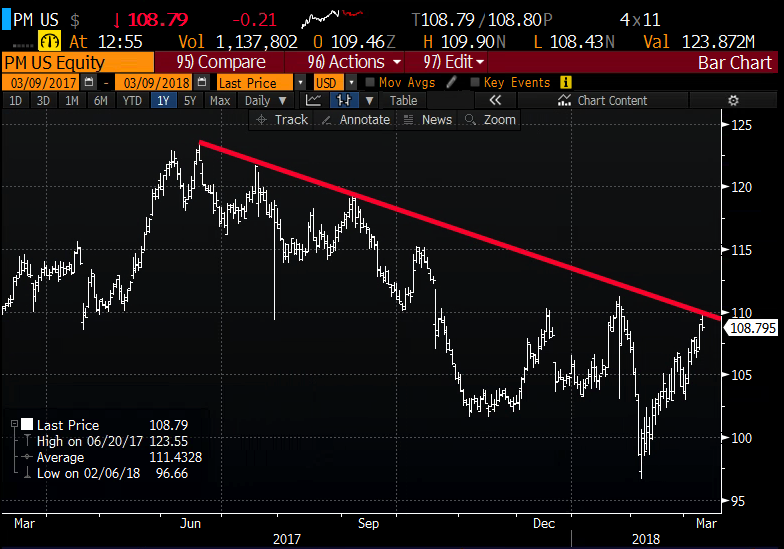 Short-dated options prices have come in hard from their recent highs, with 30 day at the money implied volatility at 16%, down from last month’s nearly 28% print, about in line with its one year average, making long premium strategies attractive for those with directional views: 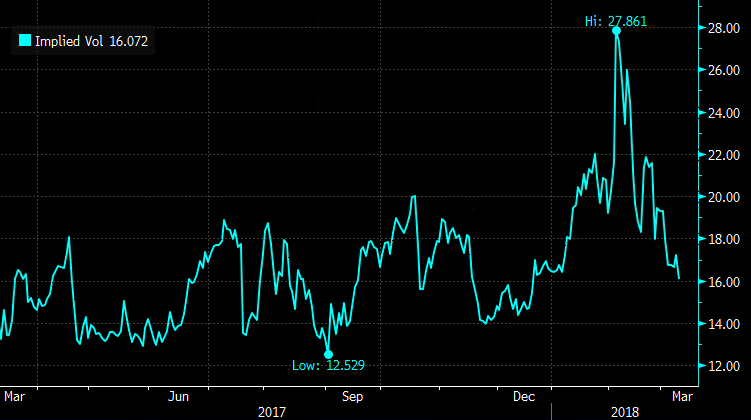 So what’s the trade? The next identifiable catalyst for shares of PM will be their Q1 earnings on April 19th, the day before April expiration.

If you are inclined to play for a move below the February lows in the coming months the following defined risk strategy might make sense: