I am gonna keep this real simple. The etf that tracks the Nasdaq 100, the QQQ, move from just above $155 in early January to just above $170 by late January was confounding. A continuation of the universal euphoria of the top 5 stocks (Apple, Alphabet, Amazon, Facebook & Microsoft) that makeup 45% of its weight. But the sharp two-week, 10% decline that ensued into Feb 9th, the V reversal from $150 back to just above $170 and its failure there to make a new high, in my mind makes a retest of the Feb lows very likely in the coming weeks, months. 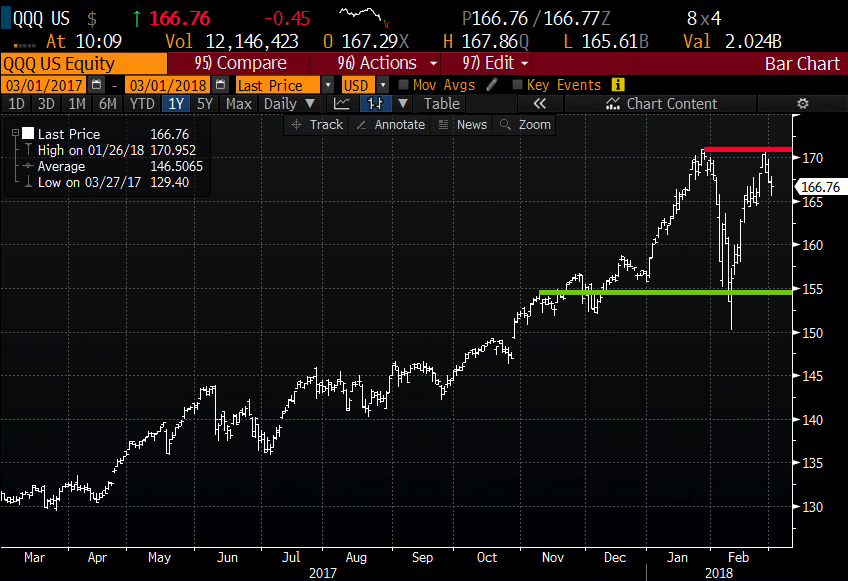 Short-dated options premiums saw a 200% rise during the recent decline in the QQQ, and a subsequent 50% drop, but are starting to tick up again. The chart below of 30 day at the money implied volatility of the QQQ (in blue the price of options) vs the 30 day at the money realized volatility (white, how much the QQQ has been moving) shows the strong potential for options prices to be cheap to potential volatility if the QQQ were to retest prior lows, making long premium directional strategies look attractive for those with conviction. 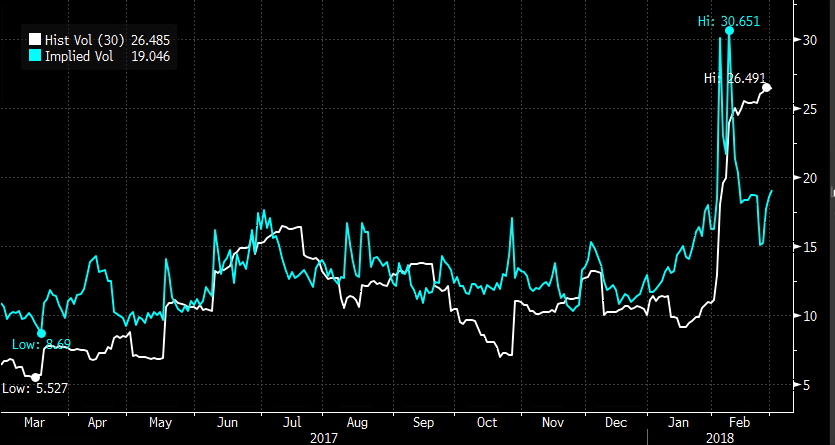 SO what’s the trade? I think we see $155ish before $175 in the QQQ by the end of Q1, with options prices looking reasonable to movement, and after such a strong bounce, I want to play with defined risk for a move back to $155.

Rationale: this trade risks a little less than 2% with a break-even down 1.8%, offering potential gains over the next 6 weeks of up to 5.5% if the QQQ were to retrace much of the recent decline. It also takes advantage of the fall in implied vol while the market bounced.