I am listening to a great discussion on CNBC between the Halftime Report’s Host Scott Wapner and Doubline Capital’s Jeffrey Gundlach, watch here: 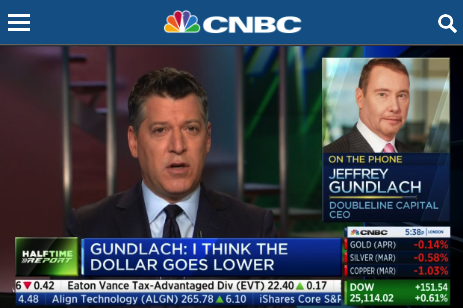 Jeffrey, nick-named the Bond King has been calling for higher Treasury yields, weaker dollar and high commodity prices for months, and he’s obviously been right.

Gundlach made a pretty important point for those who like to look at charts, that 10year US Treasury yield has broken the long-term downtrend, and that he has a low conviction view that rates continue to go higher, but this is also a matter of how you connect the dots.

Here is a 20-year chart of the 10yr and the 30yr Treasury yields, connecting the peaks over that period.To my eye it shows both very near long-term resistance: 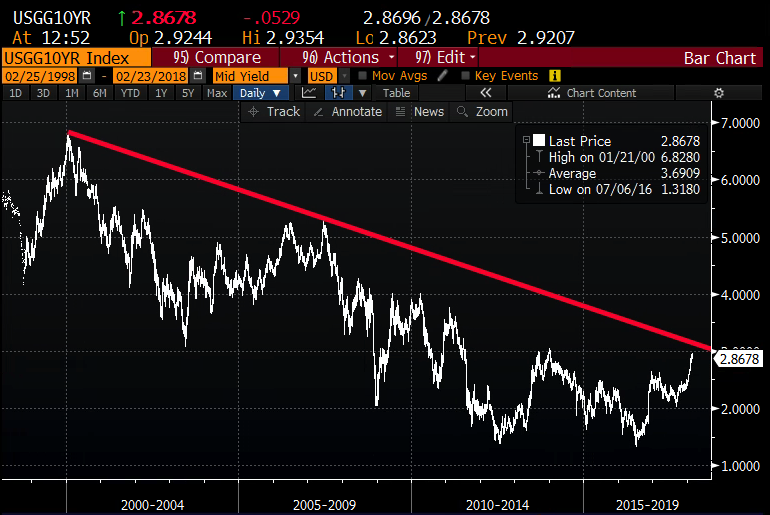 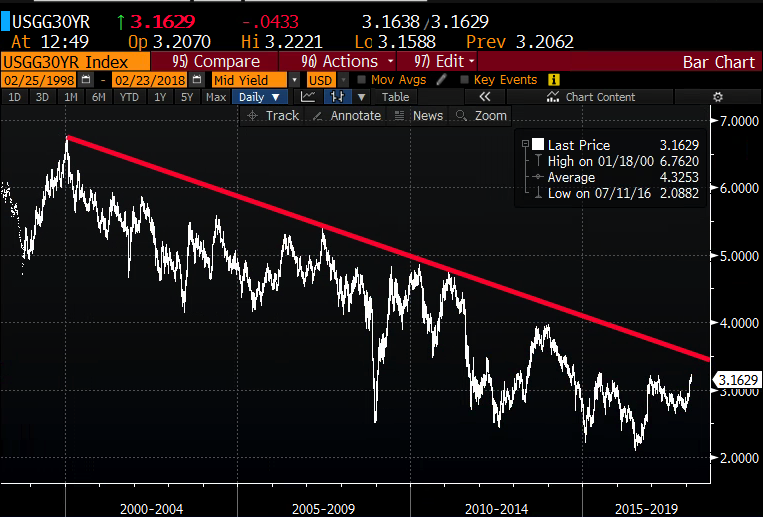 For the last ten or so years, it has been a take it to the bank trade to buy US Treasury Bonds when the yield has approached the downtrend. Now I get it, that was in a QE & ZIRP regime, both which have ended, with the Fed now embarking on QT, but the near precision of the double bottom in the one year chart of the TLT, the Ishares 20 year treasury bond etf is a sight to behold: 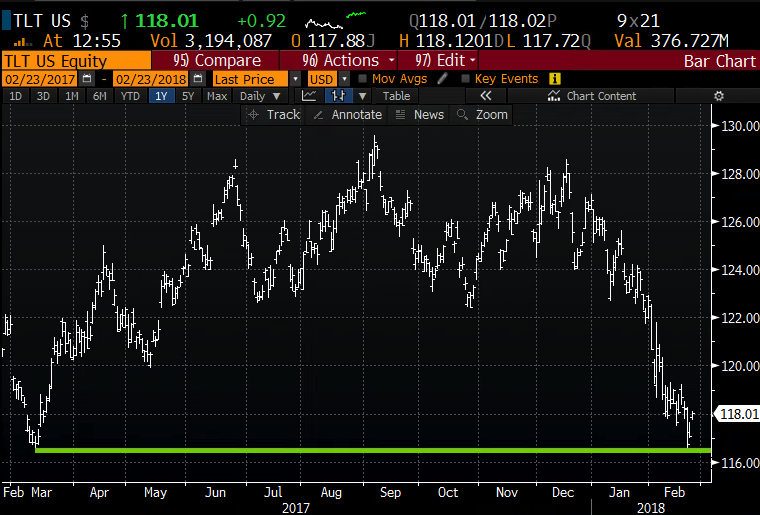 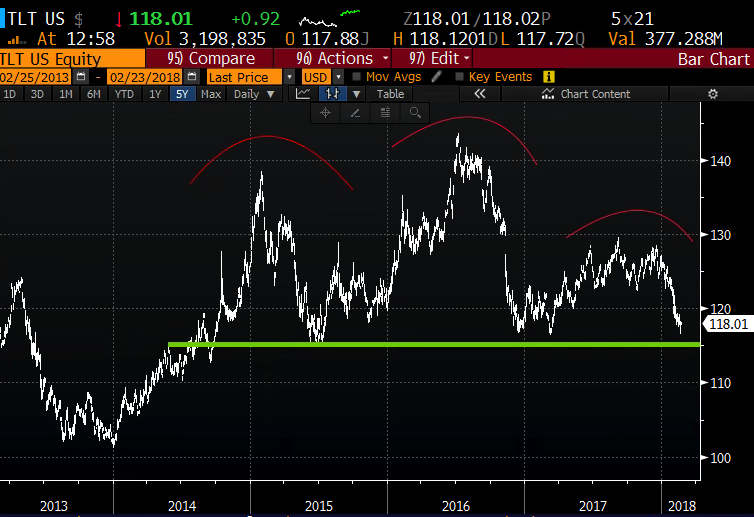 Here is where this could get ticky, if bond yields were to continue to raise, and then cause the sort of downward volatility we saw a few weeks ago in stocks, we might also see a flight to quality in US Treasury bonds. 30 day at the money implied volatility (the price of options) in the TLT is down considerably from its highs earlier in the month, but remains very near 30 day at the money realized volatility, how much the etf has been moving, possibly making long premium directional strategies attractive for those looking to express a defined risk directional view: 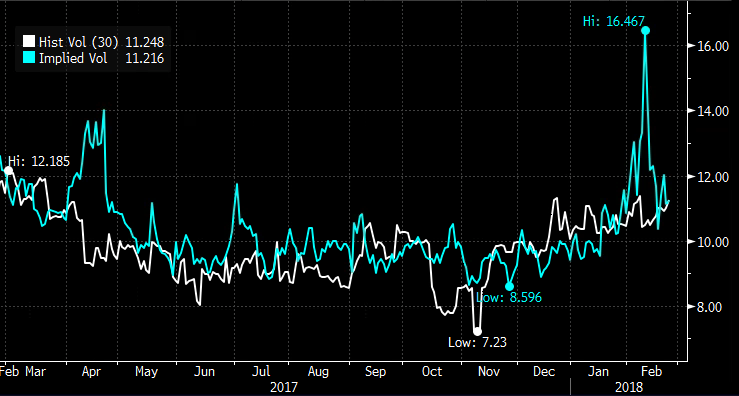 Fed Fund Futures are pricing a near certainty that the Fed will raise interest rates a quarter point at the March 21st meeting, the first of the new Fed Chair. Maybe we get move to the trend lines above in the 10 and 30yr and then a check-back as this is known.

So what’s the trade? If I were inclined to make a defined risk contrarian bet in US Treasury yields I might consider the following trade idea: