Like many tech stocks, shares of AMAT have been battered over the last couple weeks, but unlike most tech stocks, AMAT’s peak to trough decline from its January highs was greater than 20%, which now sits at about 20%. But the good news is that to the untrained eye (mine) the stock stopped right where it should have from a technical standpoint: 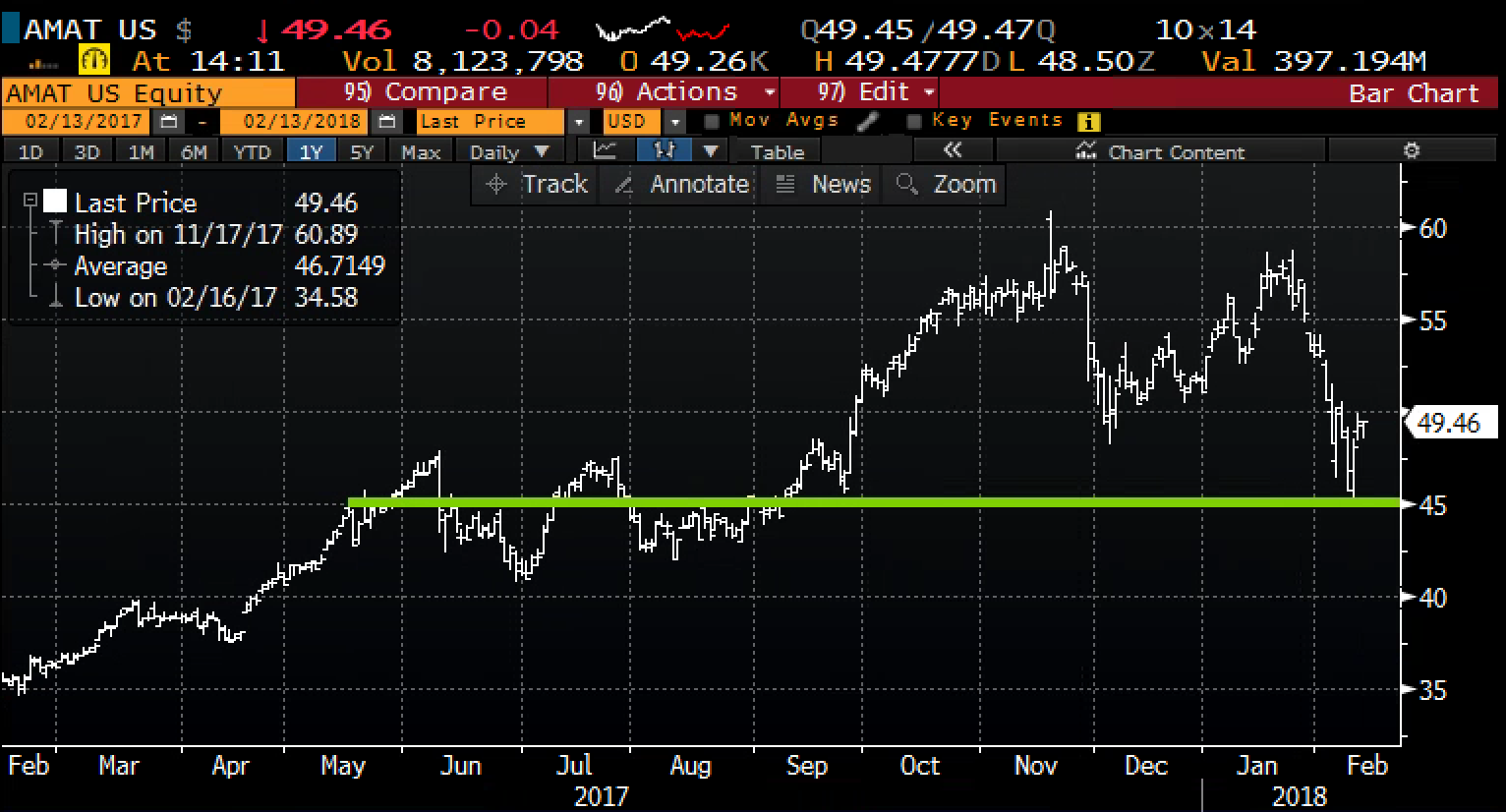 As one might expect, short-dated options prices exploded on the recent downdraft, with 30 day at the money implied volatility doubling in a number of weeks briefly topping 60%, but still well above the 2-year highs:

What’s surprising about the vol spike is not that it occurred its that it feels like the rate of increase was indiscriminate. AMAT is a company with a rock solid balance sheet, with $7 billion in cash vs only $5 billion in debt on a now $52 billion market cap, trading about 3x its expected sales of $17 billion and only about 12x its expected 2018 eps growth of north of 20%. Its as if investors and options traders at the same time ruled the current cycle over and that a company and a stock like this trades at a discount for a reason, too cyclical.

Going long premium into an event always carries risk and with the uptick in vol across the market it’s even more expensive now. Therefore defining risk while being short premium becomes an attractive alternative.

Rationale – Risking 2 to make 1 with a 60% probability of max gain. Selling high volatility into earnings with defined risk to express a bullish or neutral view.