On Friday’s Options Action on CNBC, my co-panelist Carter Worth of Cornerstone Macro Research laid out the fairly poor relative strength of bank stocks to the broad market over the last couple years, click below to watch: 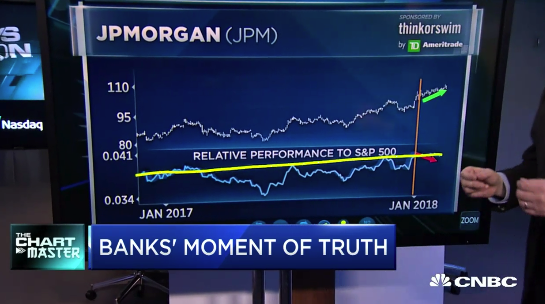 Carter specifically focused on JP Morgan (JPM) and its distance from its uptrend from the 2017 lows and the potential for near-term check back to trend: 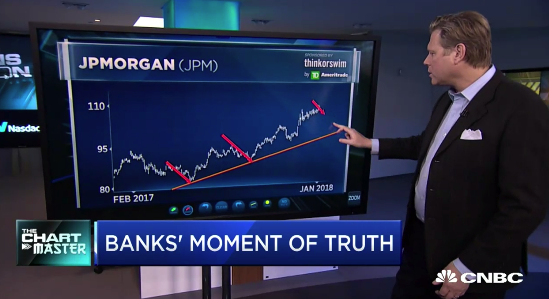 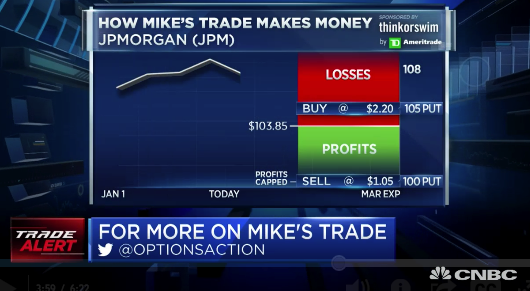 I like Carter’s technical take on the banking sector, and I like Mike’s trade direction, but I am not sure I am in love with such a tight out of the money put spread for nearly 3 months. 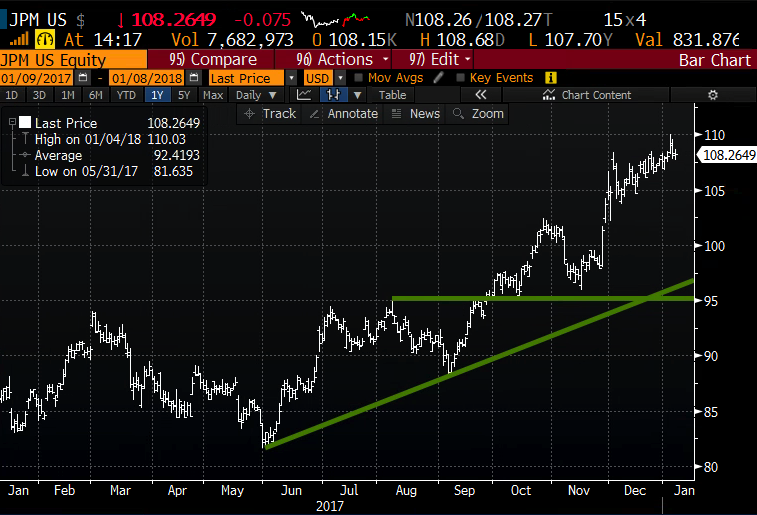 But making that bet against best of breed moneycenter bank like JPM is betting that you will get some stock specific news to drag the stock down or a broad market sell-off of at least 5% in the next couple months, which the sort has been elusive over the last year.

I’d rather bet against the sector using the XLF, the S&P Financial Select etf. In the very near term, with almost half the weight of this etf reporting next week, I would target a pullback to the recent breakout level of $27: 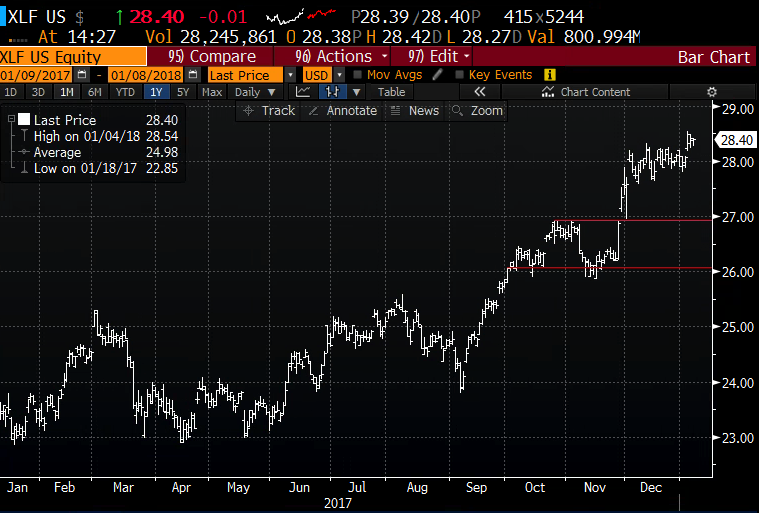 Breakeven down at 27.87, down 2% in the next week. While that does not sound like a lot, it would take most of the banks in the group moving in the same direction over the next week just to break-even. Not a high probability bet.

Intermediate-term bearish trade... If I were looking to play for some follow through into Feb/March, targeting the support in Oct & Nov I might consider:

Long-term bearish trade idea: If I were inclined to catch two earnings cycle and the lows made this past September, I might consider looking out to June expiration:

My View: I am inclined to buy XLF put spreads in March or June as I cant put my finger on any one issue at the moment aside from a surprise earnings guide lower across the group that would cause bank stocks to trade lower despite a broad market decline.