You know the drill, the turn of the calendar into the new year, gets you a fresh set of downs from an investor’s performance standpoint. Its not that losses from the prior year are wiped out, but you don’t have to look at the PnL for a position in that horrible red, it gets reset. While past performance is not indicative of future returns, I often find it useful to look at how stocks or markets got to where they are at year end. Was it, for instance, a slow and steady move higher, a methodical low volatility series of higher highs and higher lows like we saw this year in the S&P 500 (SPX), the largest equity index in the world that did not see a peak to trough decline of greater than 3%? 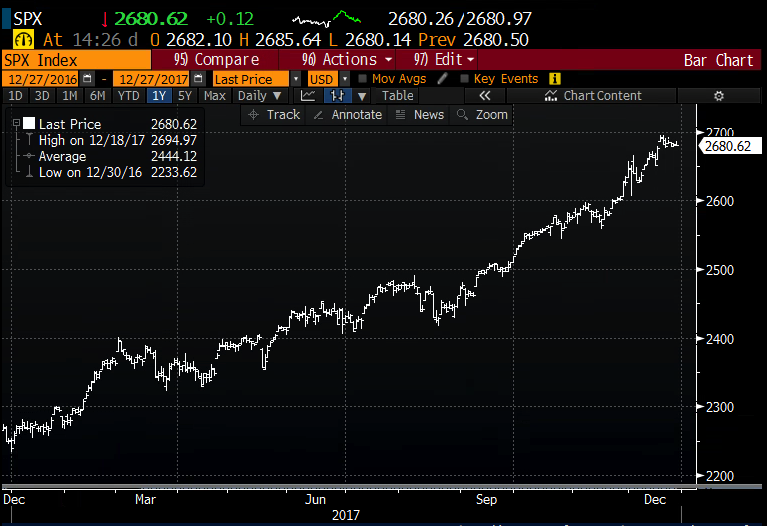 With just two trading sessions left in the year, the index looks poised to close very near the highs of the year, up nearly 20% from its opening tick on Jan 3rd which happened to be the low of the year.

Or was it like the case in Freeport-McMoran (FCX), a stock that showed horrible relative strength to the broad market for most of the year, with tremendous volatility? At one point this summer, shares of FCX twere down close to 20% on the year, only today to make new 52 week highs placing the stock up 41% on the year, most of these gains coming this month alone. 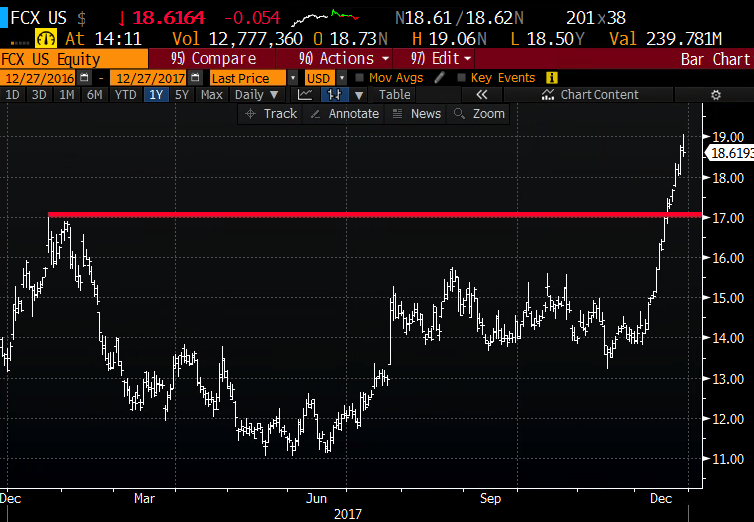 FCX has rallied nearly 75% from its 52-week lows this year, and evidently put in an epic 20-year double bottom back in early 2016: 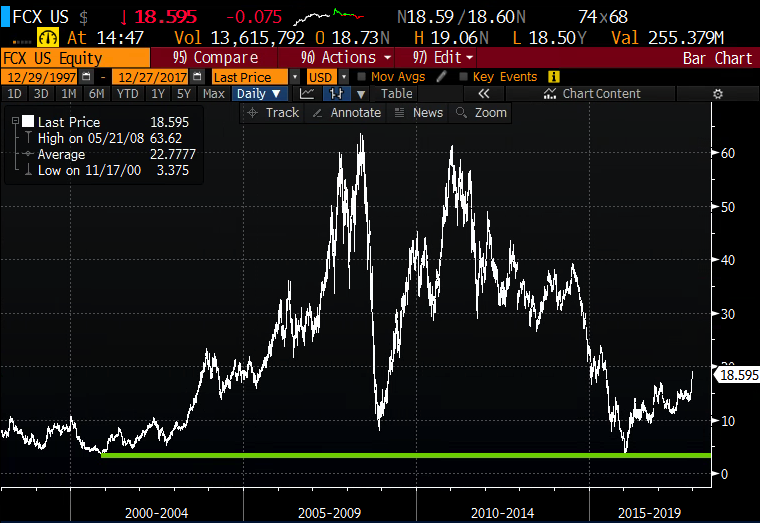 Despite the new highs this morning, and call volume running hot (nearly 2.5x that of puts) the most active strike on the day are the Jan 17.5 puts with 16,000 trading most look bought open, with the largest block of the day coming shortly before noon when a trader bought 5,000 fo 26 cents when the stock was $18.73. I suspect this is a long holder looking for dollar cheap protection in the event of an early January sell off, as Jan expiration does not catch FCX’s Q4 earnings that are expected in the last week of January. If you were lucky enough to catch this rally over the last month, looking to lock in gains to a certain point over the next three weeks and avoiding selling this year for tax reasons, risking less than 2% for protection down 8% makes sense to me. Also the breakout level from earlier this month also happens to be very near the break-even level on these puts at $17.24.