Back in early October, when shares of General Motors were trading $45 I took a look at the reasons for the stock’s 30% rally in the prior two months from its 52-week lows in the summer. There seemed to be a growing enthusiasm from sell-side analysts about the company’s prospects in the coming years in autonomous driving fleets and electric vehicles. From the Oct 3rd post, referencing Deutsche Bank’s September upgrade of the stock: 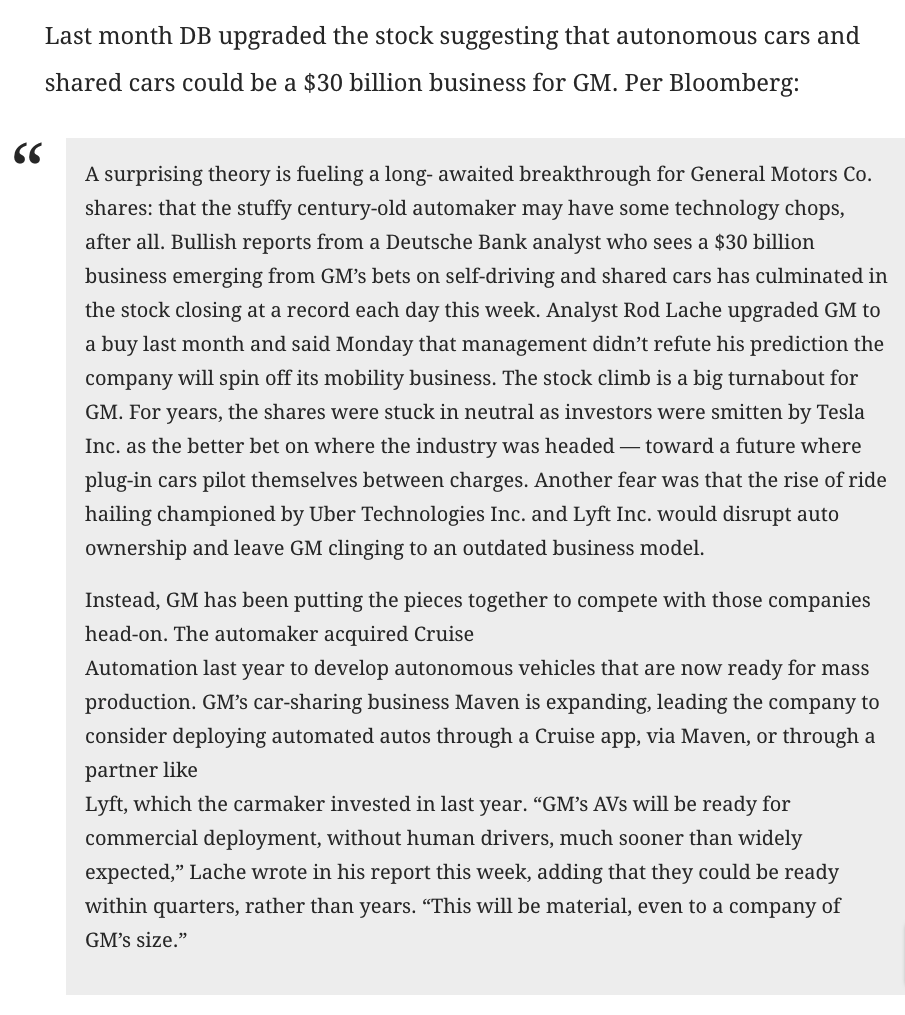 And Citibank’s renewed bullishness on the potential for multiple expansion from October: 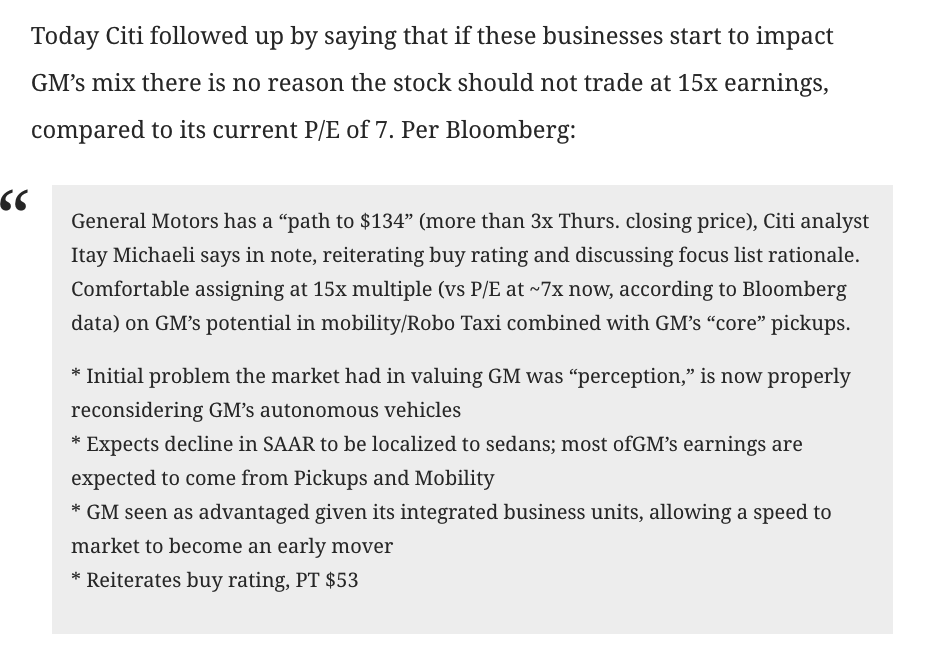 At the time I had a hard time arguing with the fundamental outlook for the opportunity in these emerging businesses, but I did think the stock had run too far too fast and ran the risk of a consolidation. Shares of GM are now down about 10% from its 52-week highs made in late October, up about 20% on the year, in line with the performance of the S&P 500, and now right back at its breakout level to its prior all-time highs at $42: 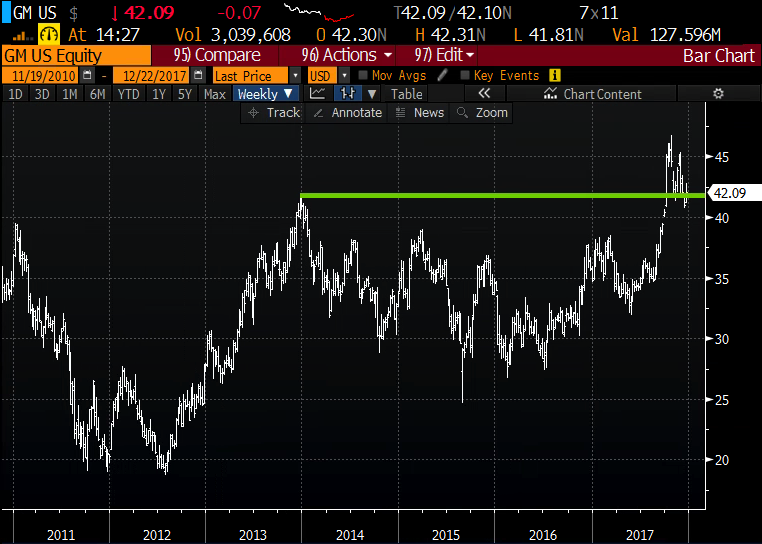 This pullback to technical support and the timing of the year might set up as a good long entry for those who believe that autonomous and electric vehicles will be a big investment theme in 2018, and GM is well positioned in both.

The next identifiable catalyst for the stock will be Q4 earnings expected the first week of February, and full year 2018 guidance could cause investors to rerate one of the cheapest megacap stocks in the market.

Break-even on Jan expiration: This trade does best on a gradual move to the 43 strike. If the stock is below 43 on Jan expiration the short Jan call will expire worthless and I will be left long the Feb 43 call for only 60 cents. At that point, I could look to sell and out of the money call in Feb expiration making a vertical call spread and further reduce my premium at risk.