On November 22nd, when U.S. Steel (X) closed at $28.51 my friend and co-Fast Money panelist Tim Seymour made a bullish case to buy the stock. He made what I thought was a very good fundamental case (click below to watch) 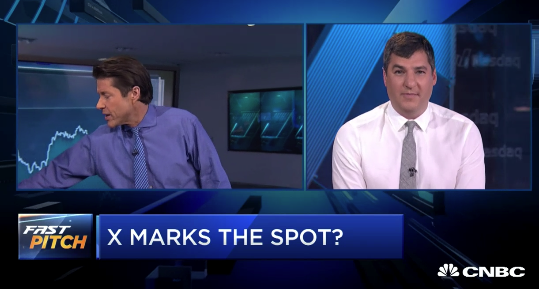 but I took issue with Tim’s technical take on the stock, and immediately tweeted to viewers as such: 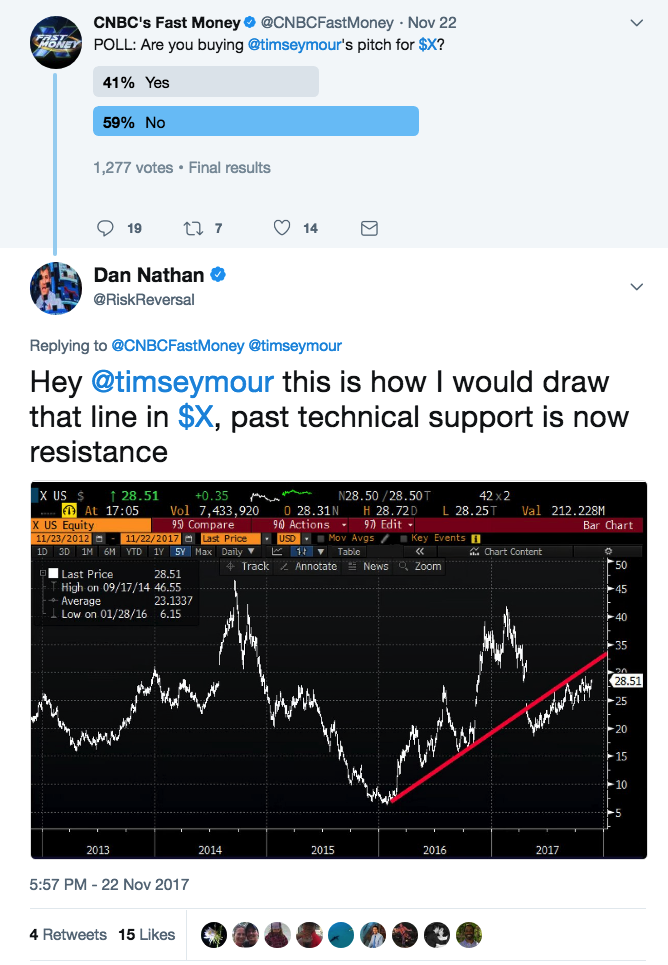 I was wrong and Tim was right, the stock traded $32.16 this morning… but as my Tweet from this morning, that mirrors my chart from two weeks ago suggests, $32 might have been the serious technical resistance as the stock has filled in the April earnings gap and is now banging up against the uptrend from early 2016: 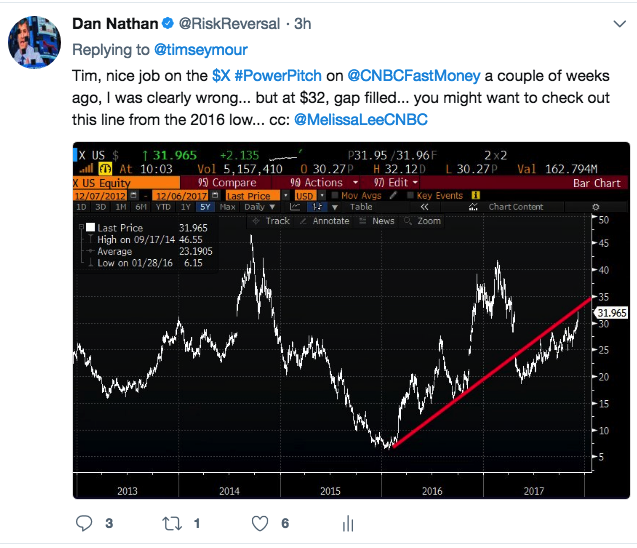 Regular readers know that I am not a trained market technician, but have been using charts for my two decades in the business as an input to a broader thesis, or reference point that in the past half of my career has been very useful in determining strikes for options trades.

Its also my experience that looking at different time frames of charts is important. For instance, the chart above, a five year of X shows to me a very clear resistance level at $32, but the stock is clearly in an uptrend. Could it be reaching near-term exhaustion and due for a pullback back towards the lower band of the uptrend near $26-$27? Sure, and that’s the trade I would put on, barring a strong bullish fundamental thesis.

But on the flipside, looking at a one year chart, it appears that the most recent bounce off of the uptrend propelled the stock through resistance dating back to its February low and then the level the stock gapped to following Q1 earnings in April. Past resistance now becomes support? 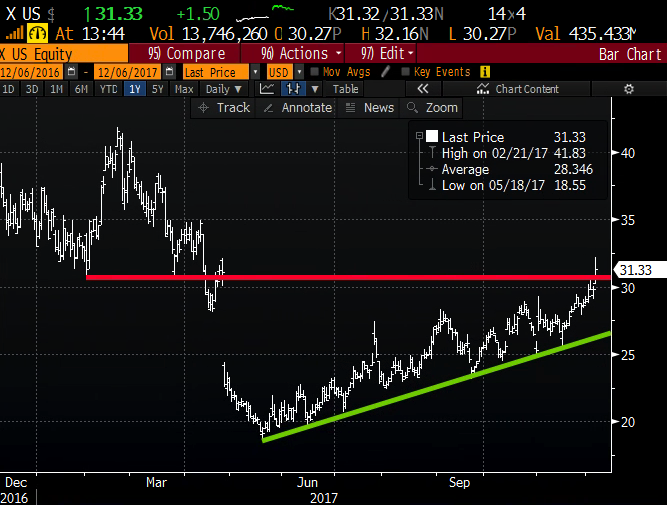 So what’s the trade? Despite the stock’s nearly 65% rally from its 52-week lows made in May, X is still down 5% on the year. If the stock were to close below $31 today, it could be the start of a drop back to the uptrend. Short-dated options prices are cheap for X, with 30 day at the money implied volatility at 41% just off of 2017 lows. but I will add that vol is insane for most other stocks, in a market where the VIX is 11%! 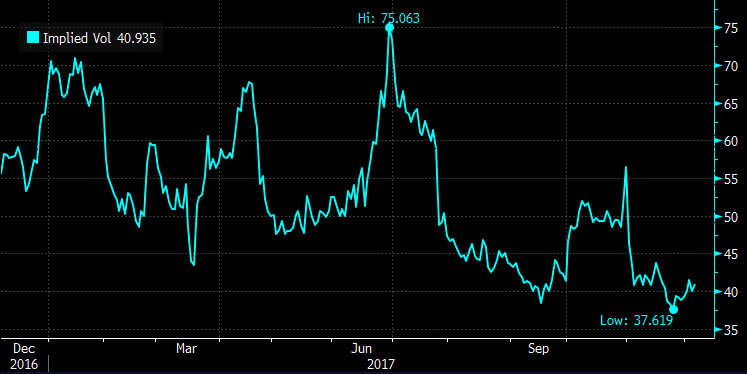 If I were inclined to play for a pullback towards the 1yr uptrend as the stock was (for now) rejected at the uptrend from the 2016 lows then I might consider the following trade idea: