Fed Fund futures are pricing a near certain chance that the Federal Reserve will raise short-term interest rates to a range of 1.25% to 1.5% at their December 13th meeting, this after they have already signaled that they would start this fall to shrink their $4.5 trillion balance sheet.

I am hard pressed to see how Treasury yields do not start to raise, at least back to the 2017 highs in the 10 year to about 2.6%:
At current levels, the 10yr yield is basically at the mid-point of the 1 year range, after having a precipitous drop in September following the little dustup with North Korea.The bid for U.S. Treasuries in Sept is an important reminder of their safe-haven asset status.
For the purpose of this trade idea I think it makes sense to use a proxy for US treasury yields that is liquid and widely followed, and of course, that has liquid equity options, the 20yr Treasury bond etf, the TLT. The recent bounce off of support at $122 looks like a decent near-term downside target for those that think there will not be a huge showdown in early Dec on the debt ceiling and that interest rates start to rise in front of the Dec 13 Fed meeting:
1yr price 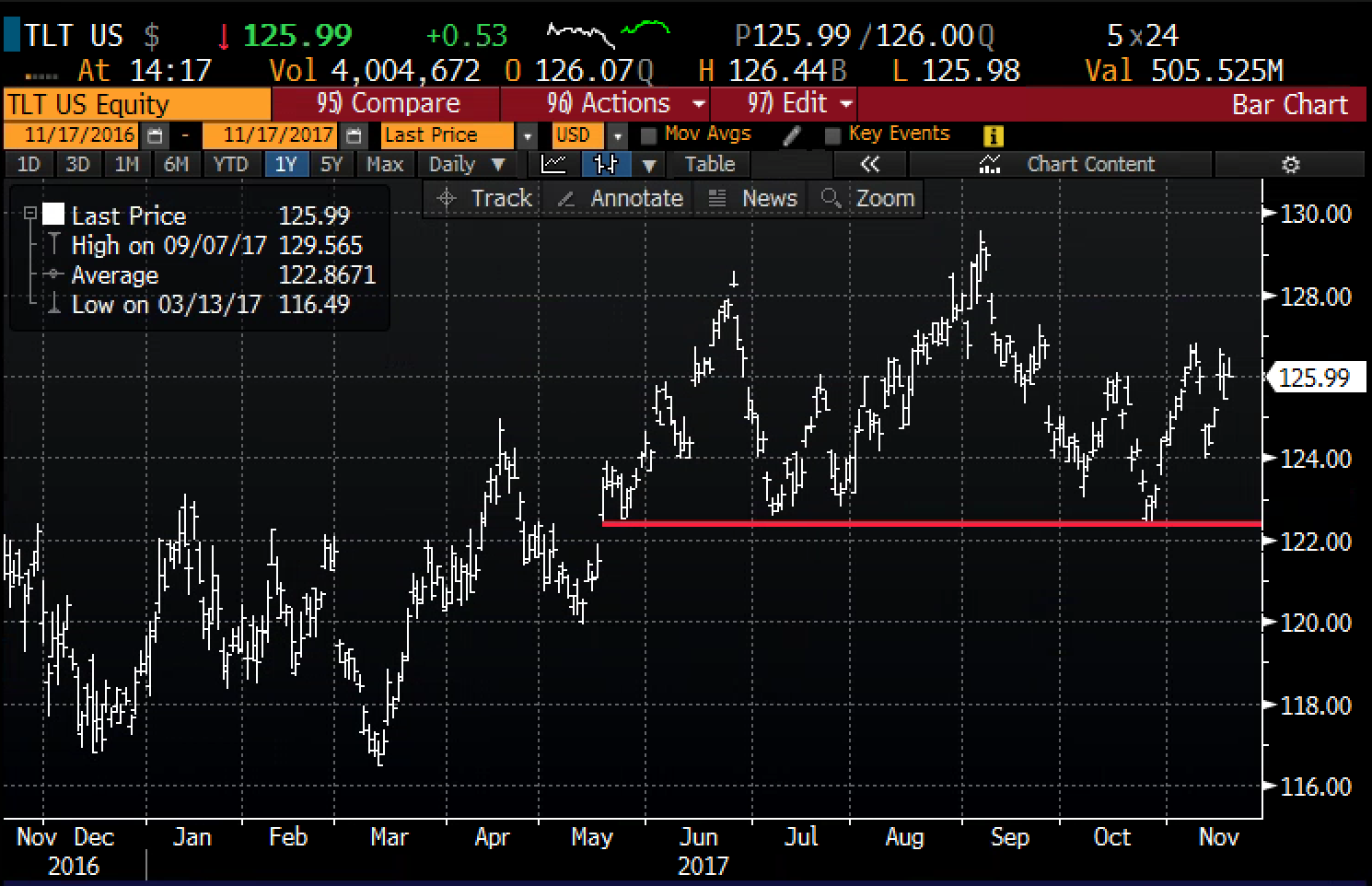 Short-term options prices in the TLT are just off of multi-year lows, implying less than 1% moves a day in the underlying and nearly half the levels when global markets were in the throes of a nasty correction in Q1 2016:
So what’s the trade? If you think options prices in the TLT are cheap, and that traders will start to anticipate a slightly more hawkish Fed, especially as Janey Yellen prepares to exit the position in February, it might make sense to position for higher Treasury yields in the near term, here is a defined risk way to play over the next month with an attractive risk-reward:

Rationale – This trade is near the money and offers a nice risk-reward targeting just beyond recent lows for TLT.