I have no special knowledge whatsoever about the fate AT&T’s (T) planned takeover of Time Warner (TWX), but I suspect the government will back down from some of the rumored demands.  Specifically regarding the government’s suggestion for AT&T/TWX to sell off “some” assets (such as the according to the Donald “Fake News” channel CNN) in an effort to gain government approval to close. I suspect T management will not back down as it appears these requests are politically motivated as it is not the normal operating procedure of Republican-controlled governments to block vertically integrated M&A.

Shares of AT&T have been battered in 2017, down nearly 19%, having just bounced off of fresh 52-week lows following a 13% decline since the start of October resulting from disappointing Q3 results and then the questions about their expected transformative deal.

To my eye the slightest bit of good news relating to the Feds easing their demands for concessions and T is back above the recent break-down level at $36, leading to a quick close of the deal early in the new year and you could have the stock back towards $40, where it was trading in early July and early Oct when investors felt like a close was imminent:
1yr price 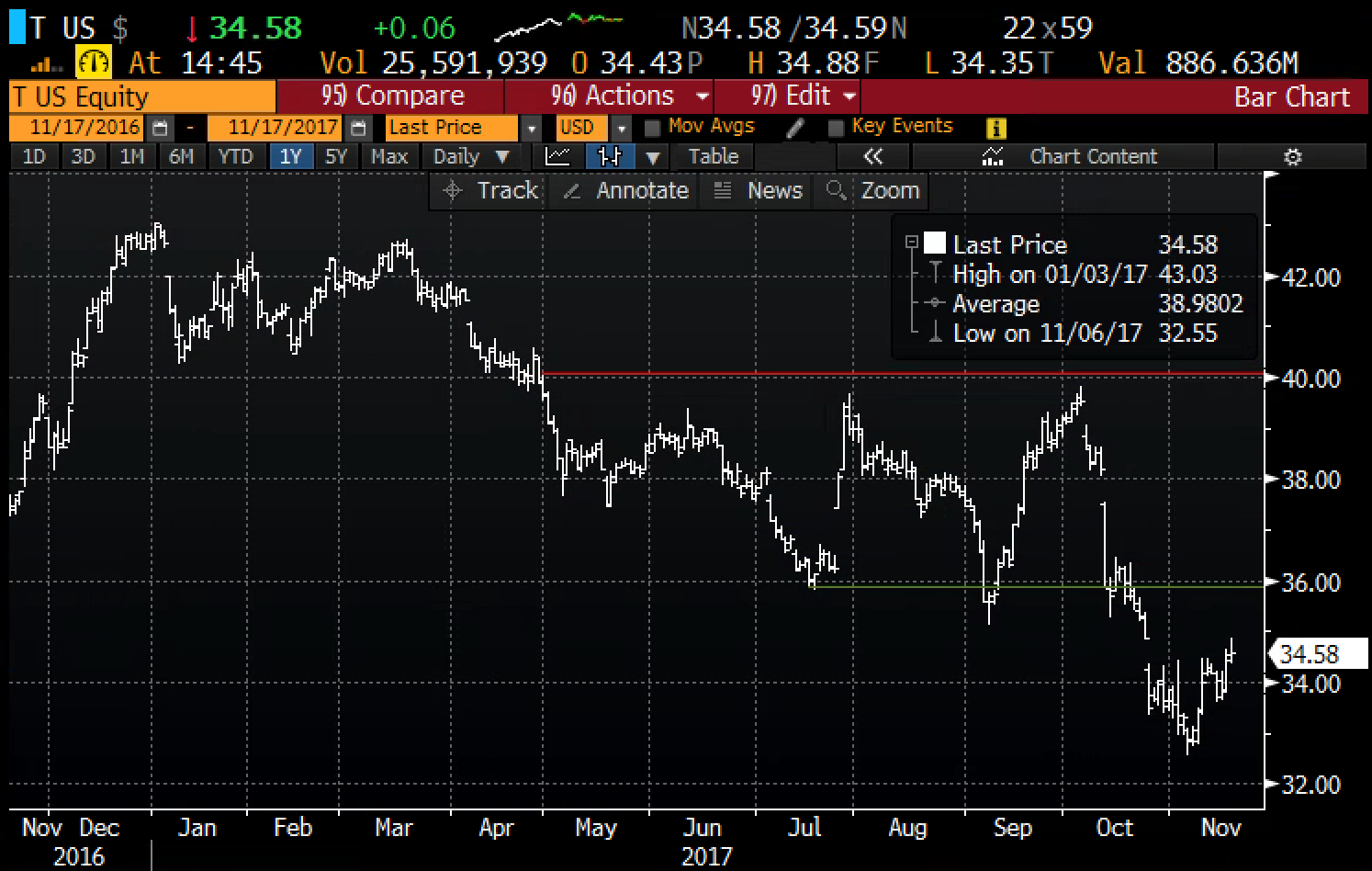 On the downside, $32 looks to be massive long-term support, which is one reason why it might make sense for those considering contrarian long plays to define their risk, as it might not make sense to have exposure to the high $20s in the event of the worst case scenario, breakup of deal and continued weak trends:
5yr price 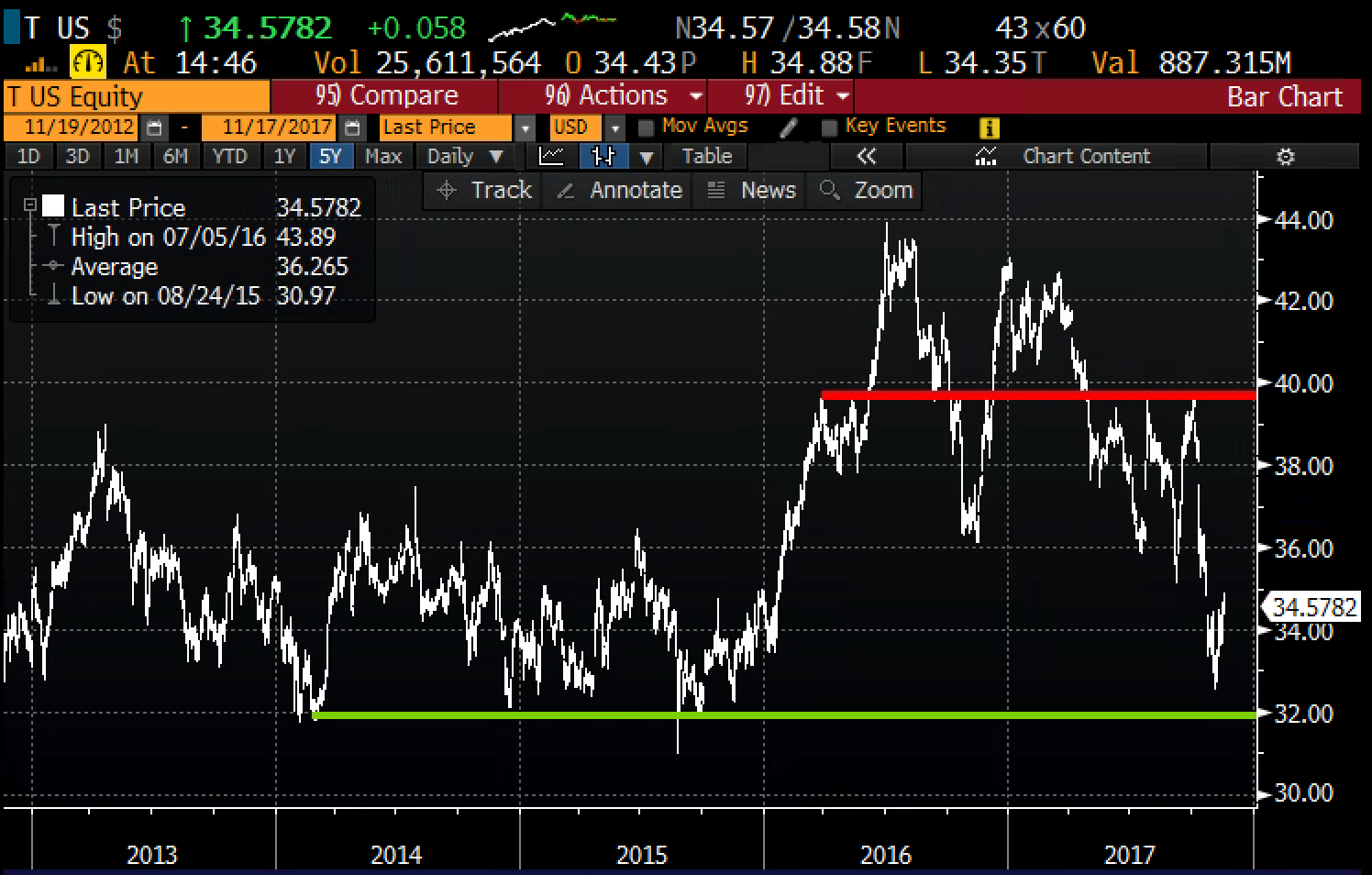 So what’s the Trade: Options prices are relatively cheap, and it makes sense to give this idea some time to play out into the new year.

Break-even on Feb expiration:
Profits: up to 4 between 36 and 40

Rationale – This is a very near the money call spread with good risk reward if the stock were able to bounce and recapture its 2017 highs. It’s breakeven is the right at the near term resistance (36), so any move above that resistance and patience will pay off as former resistance becomes support.