For years I have heard traders talk about the ol “three-day rule” for buying a stock after a massive gap lower. I have never really heard any hard data as to why it makes to wait till the third trading day after a gap to try to catch a falling knife, but I just might look to do so today… with defined risk. Shares of Celgene (CELG) declined 16.3% on Thursday following their Q3 results the night before that featured very disappointing revenue guidance. Since the gap, the stock has traded between $95 and $100: 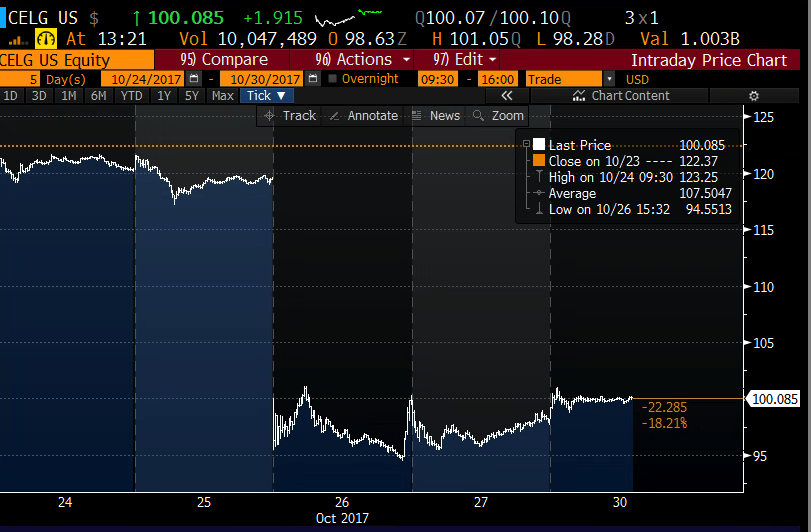 Taking a longer-term view, it appears that the stock found some technical support in the mid to low $90s, a level it routinely bounced from in 2016, prior to its 50% rally to new all time highs earlier this month, and very near its August 2015 flash crash low: 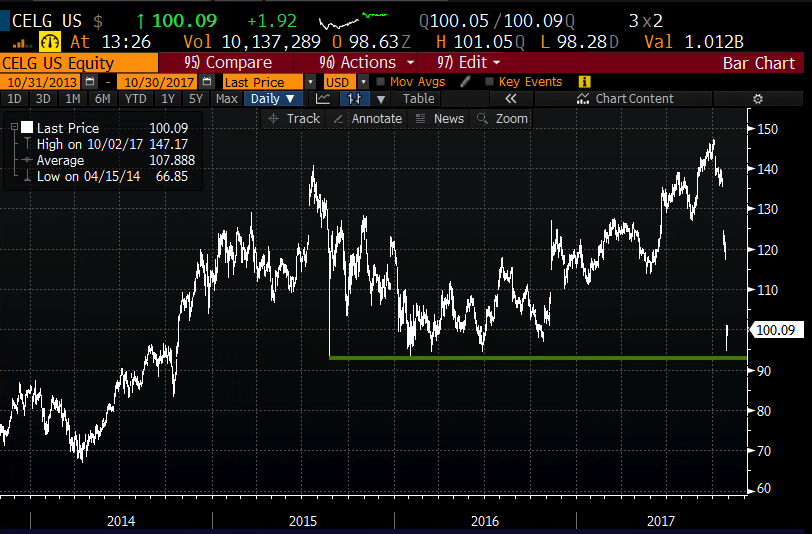 To my eye, from purely a technical standpoint, the 2015 and 2016 lows are important, largely because the damage already done by last week’s gap is significant, below the uptrend from 2012: 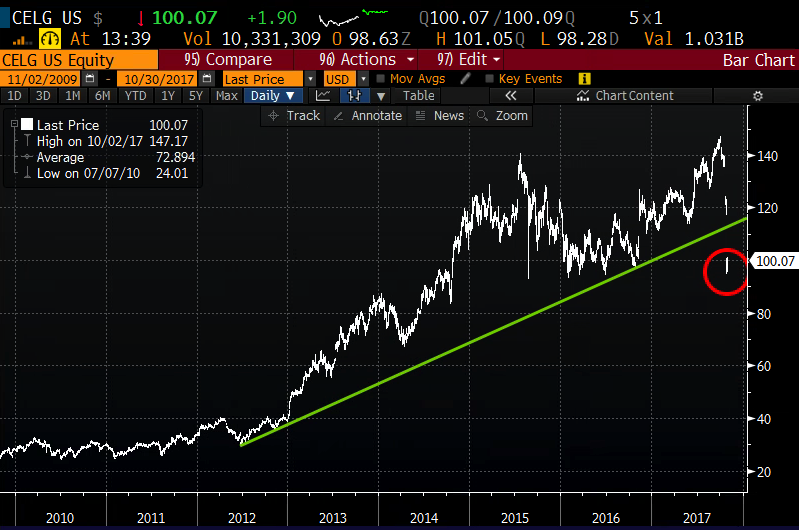 For those “three-day rule peeps” who are looking to play for a gap fill in the coming months it makes sense to define one’s risk. But which gap to target for a gap fill? The 11% gap on Oct 20th following the company’s halt of their Crohn’s disease drug trials? Or last week’s 13% gap following their guide down? 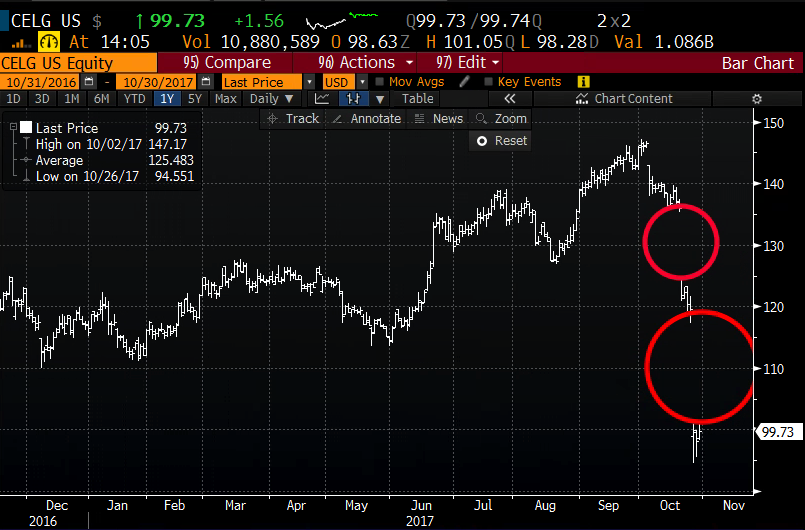 Right, so $120 could be a decent target in the coming months if the company is able to meet Q4 guidance in late January, and not guide 2018 lower, without any hiccups in between, the stock could be viewed as a value, trading less than 12x expected 2018 eps growth of 19% on 14% sales growth.

Rationale: If the stock were to stabilize and move higher from here there are a couple of areas to target. But with all options a stabilization risks decay and vol collapse. This calendar mitigates that risk as best as possible by selling Dec to finance March. (as opposed to simply buying a call or a call spread). The calendar also provides some optionality in that there is a way to have a nice trade into Dec expiration (if the stock is near 105) but also extend that view afterwards, out to March.