The U.S. stock market today is spooked by a couple things. Right out of the gate large-cap tech stocks that account for a good bit of the Nasdaq’s year to date out-performance were weak as Apple (AAPL) opened down nearly 2% on fears of weak opening weekend sales of their iPhone 8, and Facebook (FB) opened 3% lower on growing fears of government interest in what and when they knew about Russian ad buys in 2016 in an attempt to influence the outcome of our presidential election. While mega-cap tech took a breather over the last month or so since Q2 earnings, investors rotated into other sectors like banks and industrials which has the major averages at all-time highs within the last week. One could make the argument that this sort of rotation out of stocks that still have eye-popping YTD gains is pretty darn healthy at this stage of the rally and the year.  AAPL is down nearly 9% from its 52 week and all-time highs, FB down about 7%, while Amazon (AMZN) is down about 14% and Alphabet (GOOGL) down about 9%. Those four stocks make up about 35% of the weight of the Nasdaq 100 (QQQ), which is only down about 3% from its 52 week and all-time high made earlier this month.

The reasons for the recent relative underperformance for the four stocks listed above is primarily fundamental (AMZN investors considering increased spend with WFM buy and possibly other forays into bricks and mortar retail, AAPL slower than expected iPhone upgrade cycle and FB & GOOGL increased regulatory risks) it might make sense to take a quick gander at the technical setup for each as they approach or have breached their uptrend (support) from their 2016 lows.

Let’s start with the big kahuna, AAPL. The stock at $150 has now filled in its fQ3 earnings gap from Aug 1st and if we are connecting as many dots as possible from its 2016 Q1 double bottom low, the stock is below the uptrend, the stock should find support just above $140: 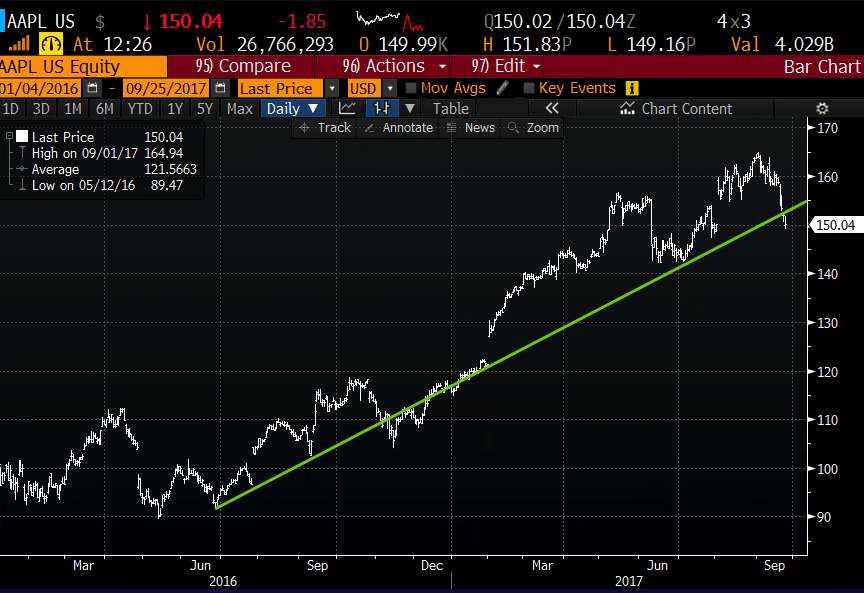 Amazon, which is down the most of the four from its highs looks like a mess. An obvious head and shoulders top over the summer, since the WFM announcement, with the head the run into Q2 earnings in July and the massive reversal and today’s gap below the uptrend from the 2016 lows: 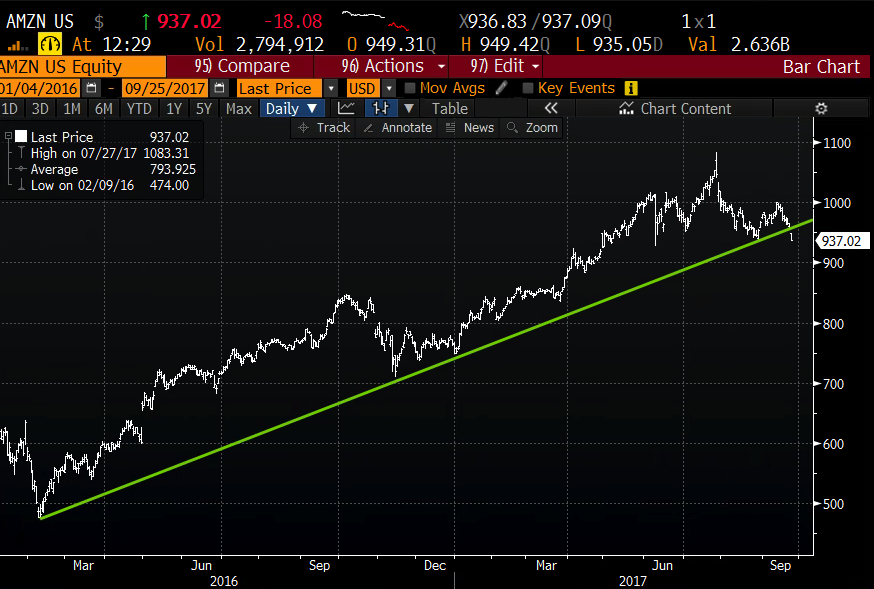 FB’s uptrend should really be drawn from the start of the year, with today’s 4% decline placing it right on trend with obvious near-term support at its July breakout near $155: 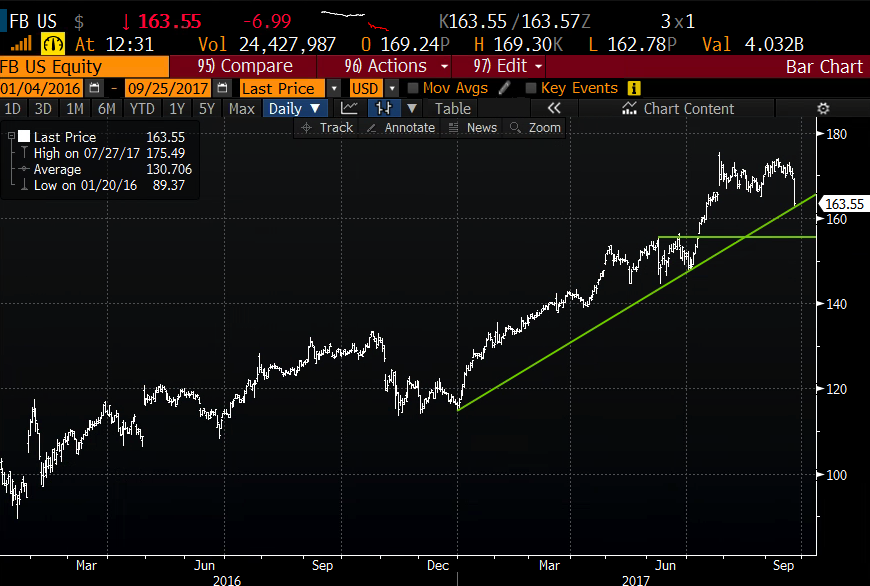 And lastly, there is GOOGL, which has been basing above its Q1 earnings gap for 5 months since early May, but I would say in a less than constructive fashion. $920 is obvious support for a gap fill next back to $870 – $895: 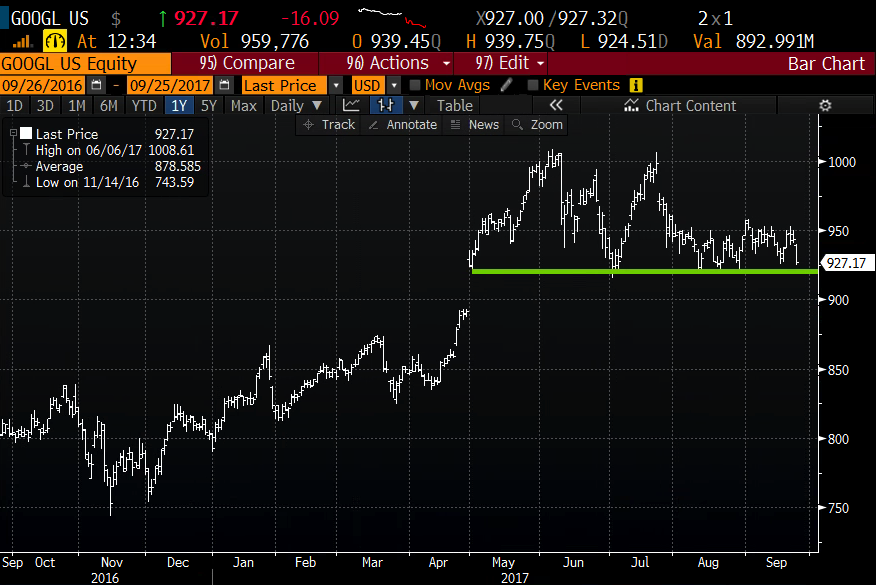 Three of these four stocks make up a massive portion of the technology etf XLK (AMZN is not in it) but there are no shortage of semiconductor stocks like Nvidia (NVDA) and Broadcom (AVGO) that are up huge ytd that could add some lighter fluid to today’s dumpster fire in large-cap tech. If i were long many of these stocks and looking to hang on for what might be a rocky period through earnings season I might consider a hedge in the XLK:

Rationale – This positions for about a 10% pullback in the etf, which is certainly not unrealistic, especially into year end and has a good risk/reward profile to take advantage. This also works as a decent portfolio hedge for those with alot of profits in the big FAANG names.