Apple (AAPL) is not the sort of stock that we frequently note unusual activity, despite the obviously tremendous notional value that trades on a daily basis. One reason is that a good bit of the activity on most days is short dated options, traders looking to play near term (often small) moves in the stock with options that expire in the next week or so. This is likely the function of a stock trading near $160, with traders looking to employ the leverage and limited risk options provide without having to go out and buy or sell the stock. For instance, today the four most active strikes are all near the money and all expire next Friday:

You’d have to live under a rock not to be aware of the enthusiasm surrounding the impending release of the 10-year anniversary iPhone due out in the coming months, and after the company’s better than expected results and guidance, it appears the company is feeling it, not only for their expected release of a new untethered Watch, but also their voice activated Homepod, all buoyed by last quarter’s reacceleration in Services revenue growth.

The chart looks like a launchpad if you are also positively pre-disposed… as this trader appears to be with their roll. 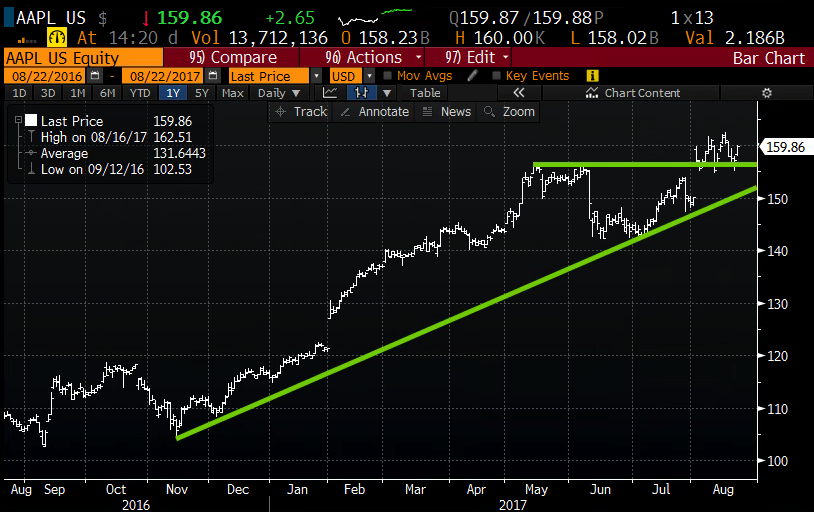 I would add as the stock has rallied, so has the price of options, not too far off of 2017 highs, and this is 2 month before earnings:

It should not be lost on investors that as the stock has risen in 2017 (up a whopping 38%), without a meaningful bump in eps, the stock’s Price to Earnings ratio has also ramped, nearing 18x, which is 5-year high: 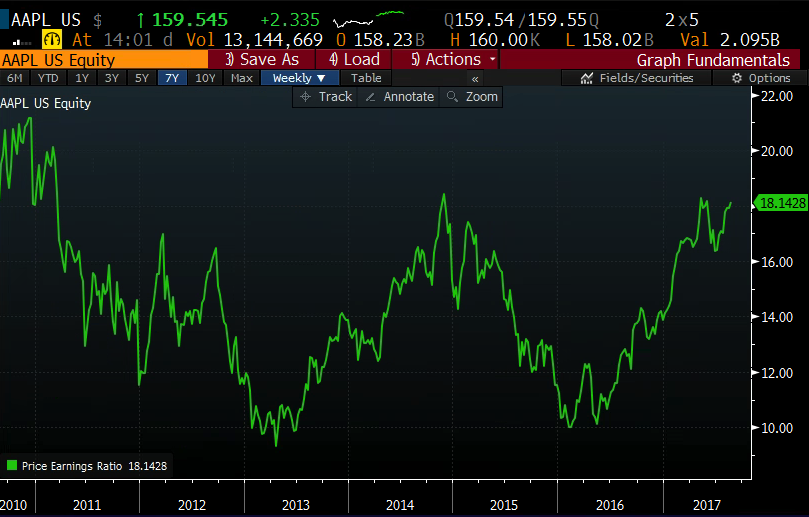 Its important to note that the investors could not have cared less when the stock’s multiple was close to 11x last year and the stock was below $100, but now investors seem to be fairly certain that the new iPhone launch will go off without a hitch.