Disney (DIS) had a fairly newsy week. The stock is down about 5% since last Friday’s close, placing it down about 2% on the year, and down about 12% from its 52-week highs made in early May. Investors were less than impressed by DIS’s fQ3 results which showed their seventh consecutive quarter of subscriber declines at their ESPN division as consumers continue to shift towards cord cutting. On Wednesday’s Fast Money we had DIS bear and Netflix bull Rich Greenfield on the program to discuss the results, and maybe more importantly, to discuss the impact of DIS’s decision to end their distribution deal with NFLX for their content and compete with a direct to consumer offering, watch here: 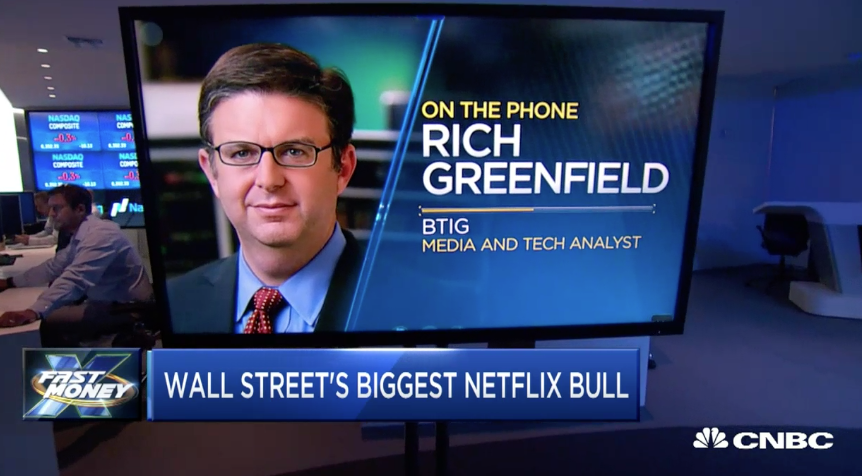 Rich has been correct on his bullish thesis on NFLX and equally correct on his bearish thesis on DIS (he placed a sell and a $90 target on the stock in Dec 2015).  On Tuesday and Wednesday’s shows, I described how DIS announcement to go directly to consumers with an offering for DIS studio and ESPN content has me inclined to take a longer term bullish view on DIS (I started to buy shares at $101.50 with an eye towards dollar cost averaging) and decidedly less enthusiastic about NFLX, because if other studios follow suit, pull content and prepare to compete directly with over the top services, NFLX may find themselves in an arms race to spend on original content to maintain their 100 million subscriber base as the market becomes suddenly fragmented. The risk for NFLX stock is that the company is cash flow negative, spends billions on original content ($8 billion expected this year), has assumed a lots of debt to fund the spend and that spend on almost any metric is massive compared to existing media companies (and does not even compute when you consider what Amazon, Apple, Google and Facebook are prepared to spend with their cash hoards on original content, all with their own existing content delivery mechanisms.)

On Tuesday, The Information detailed the risk to NFLX’s outsized spend on content relative to its peers (here): 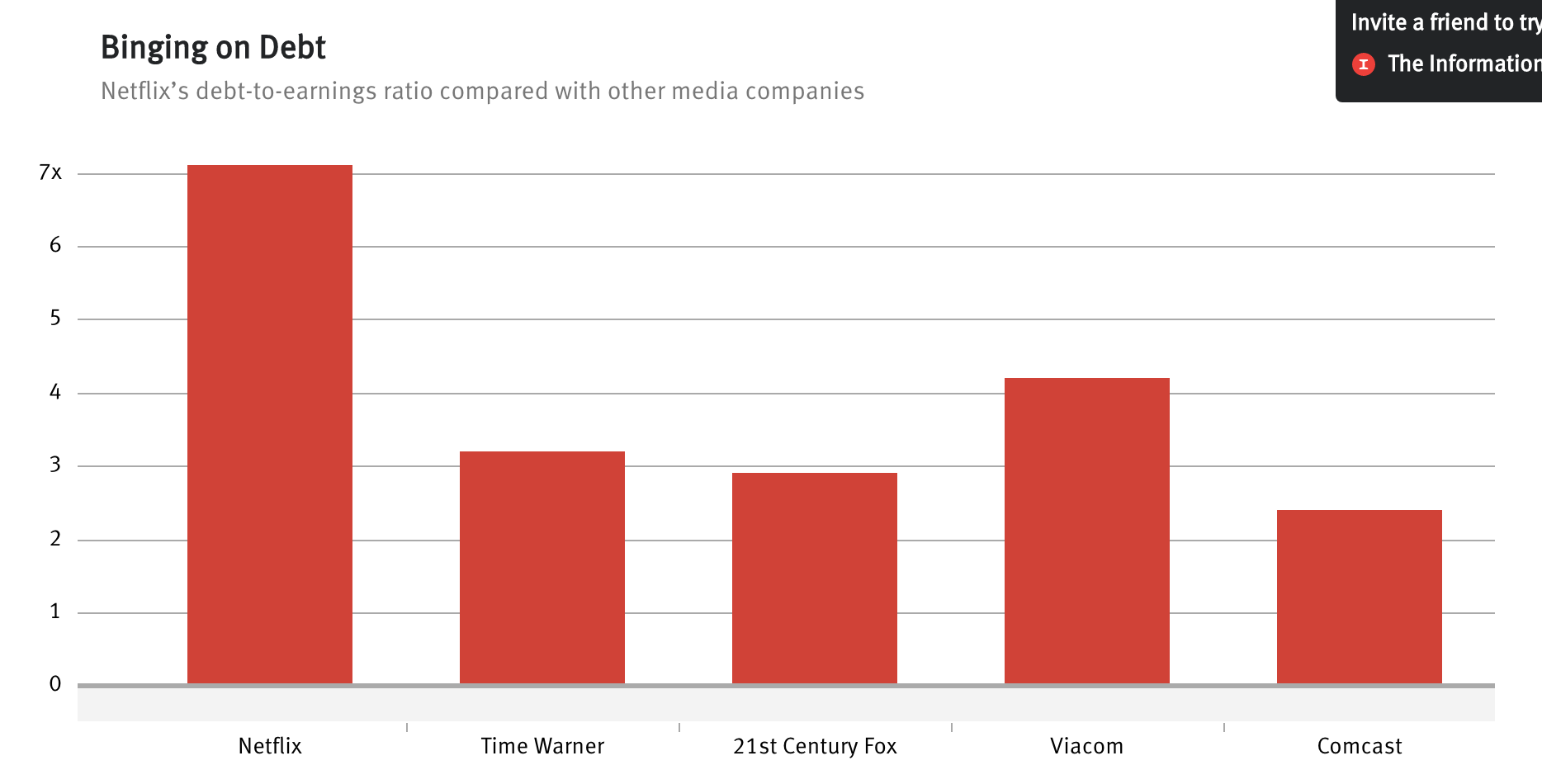 Back to DIS, VC Jason Calacanis summed up my thoughts well here about DIS ability to become a threat on the direct to consumer business on CNBC’s Squawk Alley Wednesday: 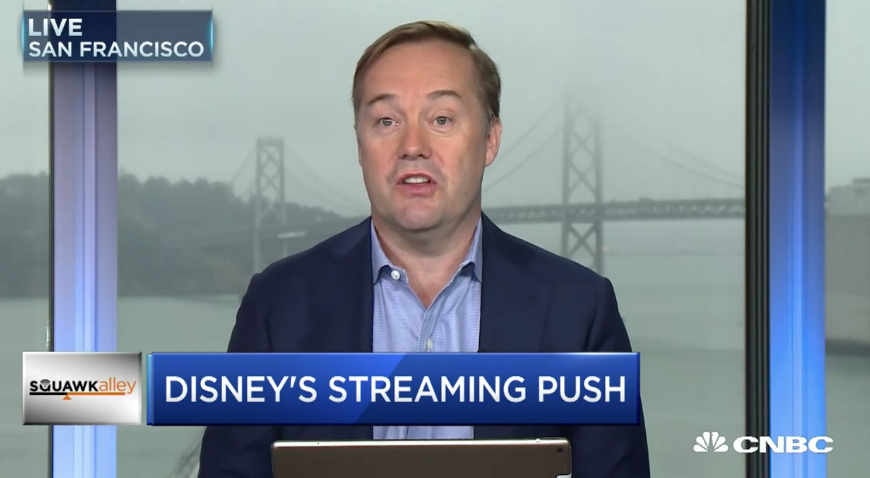 I suspect long DIS short NFLX could set up as a decent pairs trade with a one-year time horizon, but I want to focus today on just a long alternative strategy for DIS.

I have two long biased trade ideas that I want to detail, both with differing risk tolerances. I am long stock but want to offer ways to play trading the options 😉

If I thought the stock might consolidate in the coming weeks between its earnings gap and what looks to be near term technical support at $100, but could rally back towards the recent highs near $111 in the coming months, a call calendar, selling a short dated out of the money call and using the proceeds to finance the purchase of a longer dated out of the money call makes sense:

Break-Even: This trade does best if DIS finds some footing and has a slight bounce near term into Sept earnings. If the the stock is at or near 105 on Sept expiration that short leg can be rolled, with long exposure out to December.

Rationale: This strategy plays for a near term consolidation, but late year rally back towards the recent highs:

Another strategy for those less risk adverse might be a risk reversal, selling an out of the money put to finance the purchase of an out of the money call or call spread. In this example I would also look to December expiration and lean on what appears to be important long term support at $90 and a breakout level near $110, eyeing an aggressive rally back to the prior all time highs near $120:

Rationale: This is a more aggressively bullish trade on the upside with a lower probability of success but risks less premium in the most likely group of outcomes.