The dollar is bouncing today following the July payrolls number. One of the surprises in the release was some signs of faster wage growth, affecting assumptions of moves by the Fed. Here’s Peter Boockvar:

I feel what’s most important for markets and the Fed is that today’s internals give them a green light (in their Phillips curve eyes) to not just initiate QT (Quantitative Tightening) in September but to also raise rates again in December. While wage growth hasn’t accelerated from here, the 2.8% average weekly earnings gain matches recent highs and with hours worked up about 2% y/o/y and GDP growth no different, productivity growth still remains about zero. This lack of productivity is still a lid on faster wage growth but that real wages continue rise much faster than productivity is evidence that labor is getting a bigger piece of the profit pie. Also, while the drop was modest, the pool of available labor continues to shrink and sits at the lowest level since April 2008.

The potential for wage growth makes a December raise more likely, currently about 40%. And the dollar could continue today’s rally into a higher rate environment and higher and QT. The dollar’s bounce today is also interesting from a technical perspective as DXY may have just made a near perfect double bottom: 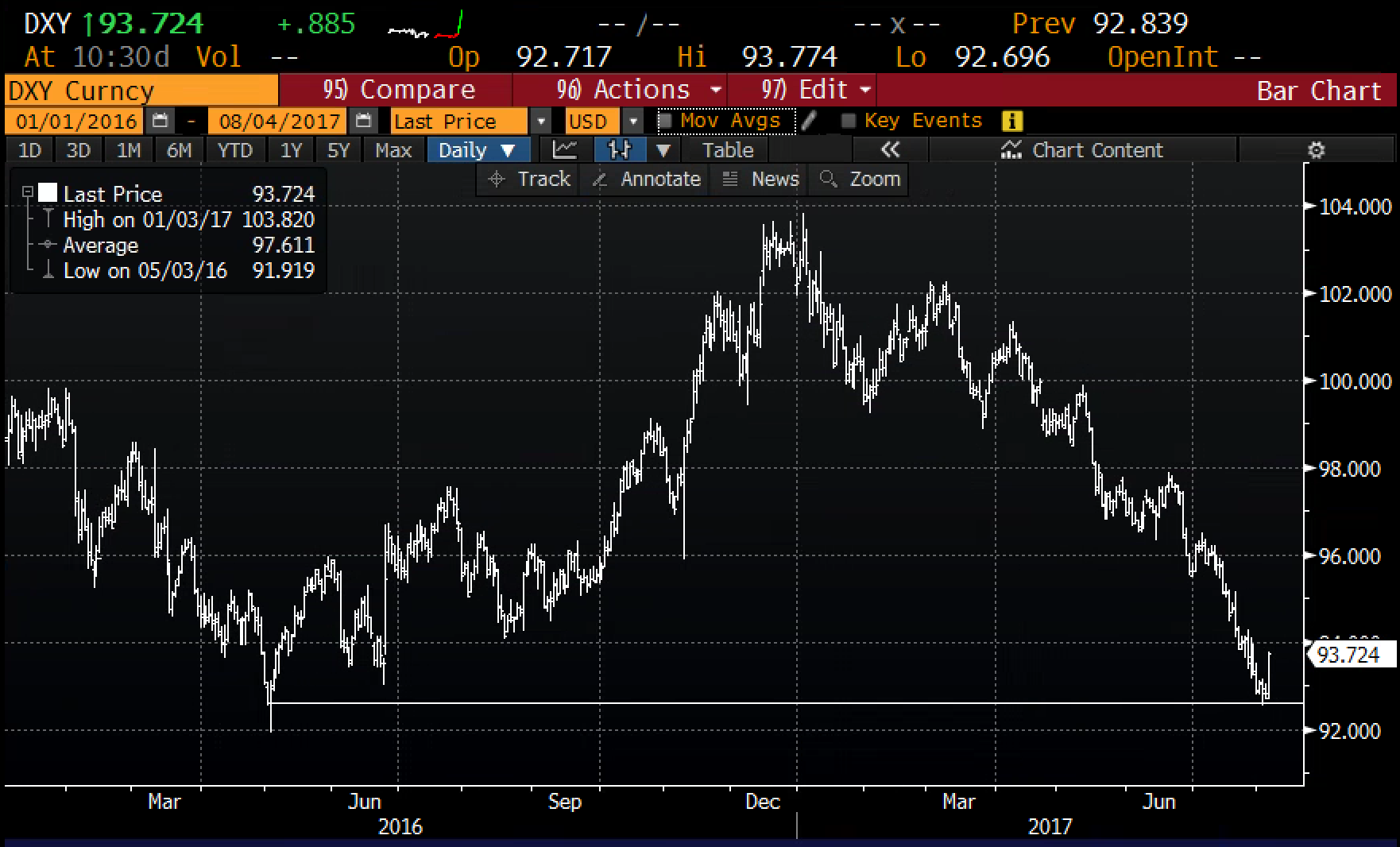 That potential double bottom can also be seen in (Dollar Bullish Proshares) UUP: 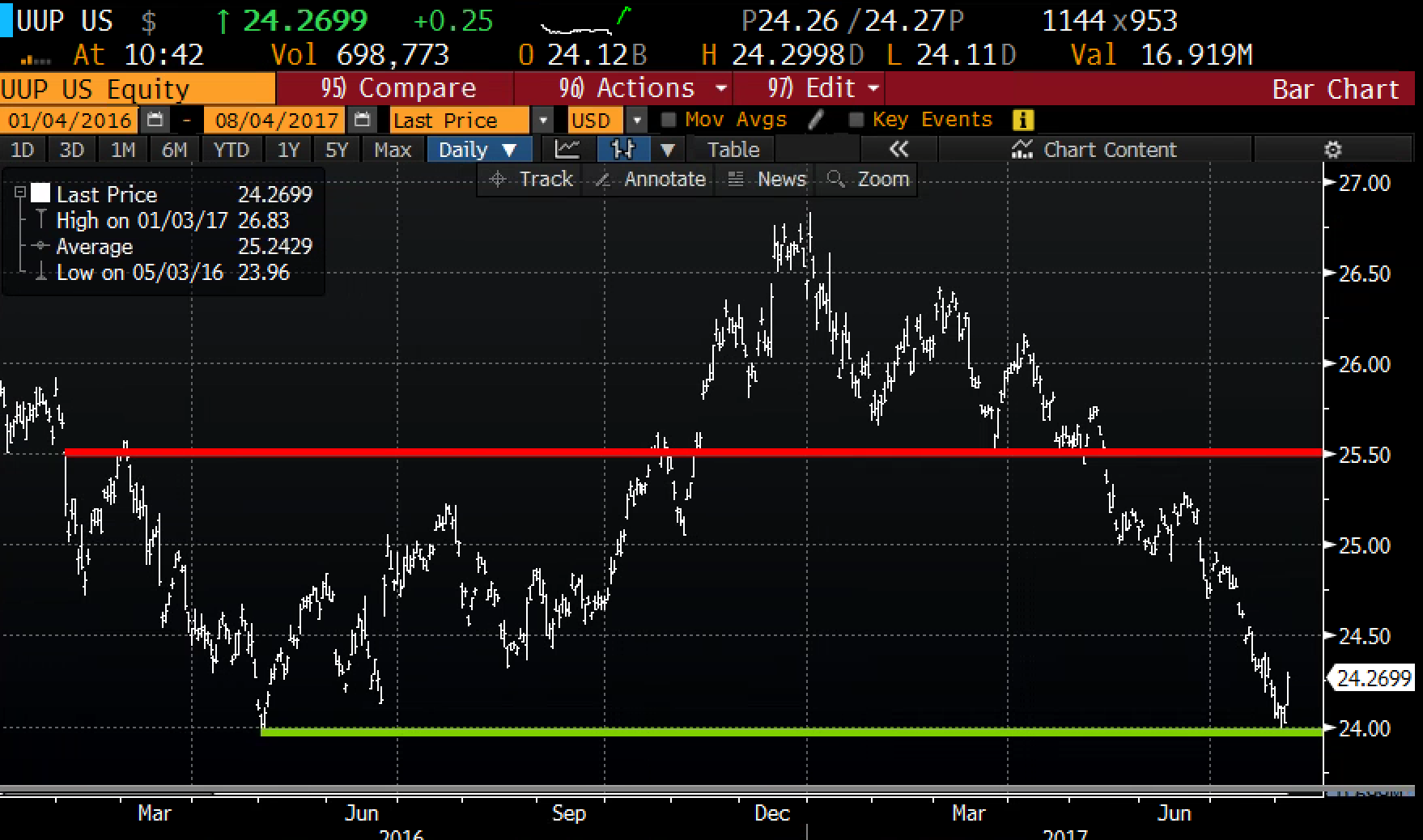 UUP calls are dollar cheap and cheap in vol terms:

Play for a continuation of today’s bounce, looking out to January of 2018, capturing more Fed chatter into the Fall:

Break-even: 24.60, this trade is already 25 cents in money, and has a max gain of 1.40 at 26 or higher. The most it can lose is .60 at or below 24 on January ’18 expiration.
Rationale – This trade defines risk, starts in the money and targets near recent highs in UUP. If the bounce fails a 50% stop loss on the .60 at risk makes sense.
Share on Facebook Share
Share on TwitterTweet
Share on LinkedIn Share
Send email Mail
Print Print