In early June, prior to Apple’s (AAPL) World Wide Developer’s Conference, with the stock very near an all time high, we detailed a protective collar over lay for long shareholders looking to protect year to date gains, while also allowing for a certain amount of upside over the course of the summer, here was the idea:

Ten days later, after AAPL had a sharp decline, we updated that trade idea, with the stock just above the long put strike with three months to Sept expiration. From June 12th with the stock $144:

This hedge is worth about a dollar now and is probably fine as is going into the next earnings event, Tuesday after the bell as any losses in the stock are capped below $141, the short 175 call could be closed at 15 cents now for those wanting to get that portion off their account.

For long holders without current protection, it may make sense to look out to October at this point. We know a lot about what the new iPhone lineup looks like, and if the rumors are fairly accurate (as they have tended to be for the past few years) there’s probably not a game changer on the horizon, bu there is the possibility of delays for at least the high-end version of the impending lineup. Therefore, looking out to October expiration which should capture the reveal of the devices in early September, and the launch of the devices in late Sept or Oct expiration makes sense for those willing to give up a certain amount of upside in return for downside protection at a certain price. We’ll preview the earnings event on Monday or Tuesday, but we thought it made sense to detail a roll of the prior collar idea from June with the stock seemingly pinned at $150 into today’s close:

Losses in the stock down to 140 but protected below.

Rationale – The expected move for next week’s earnings is about $6 in either direction (or about 4%), out in October it’s about $13. This collar protects against a surprise move lower on earnings and gives enough room to the upside in case the stock moves significantly higher near term that the hedge could be adjusted for small losses vs gains in the stock.

Lastly, the stock failed yesterday at the uptrend from the stock’s post election November lows, which might signal near term exhaustion as the stock had bounced nearly 9% from its lows earlier in the month. To my eye $140 could signal key near term support:’ 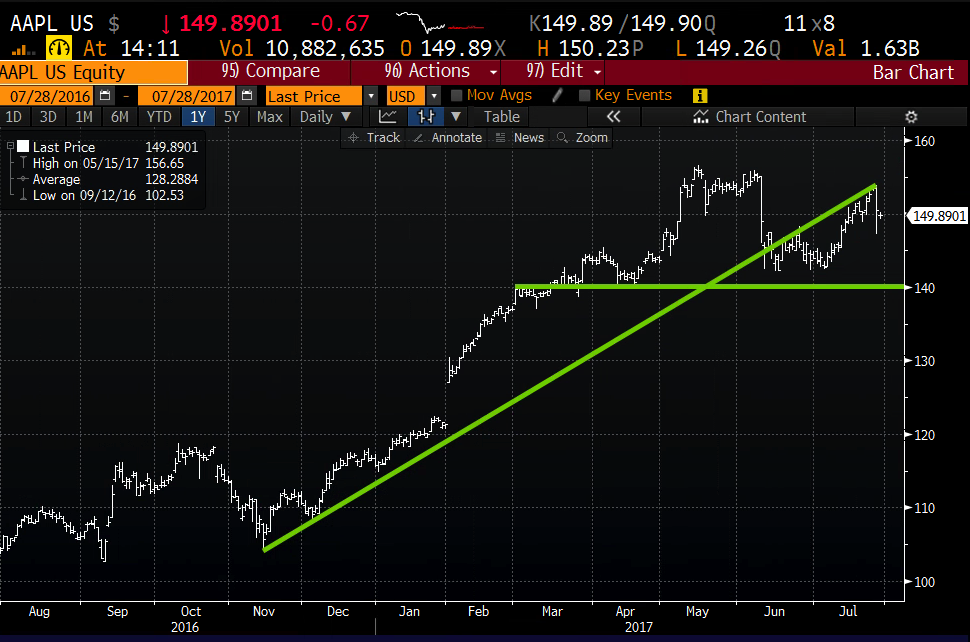 While taking a slightly longer term view the stock could have downside between the prior all time highs near $135, down to the early 2017 breakout level near $125. This collar would protect against a move back towards those levels between now and October expiration: 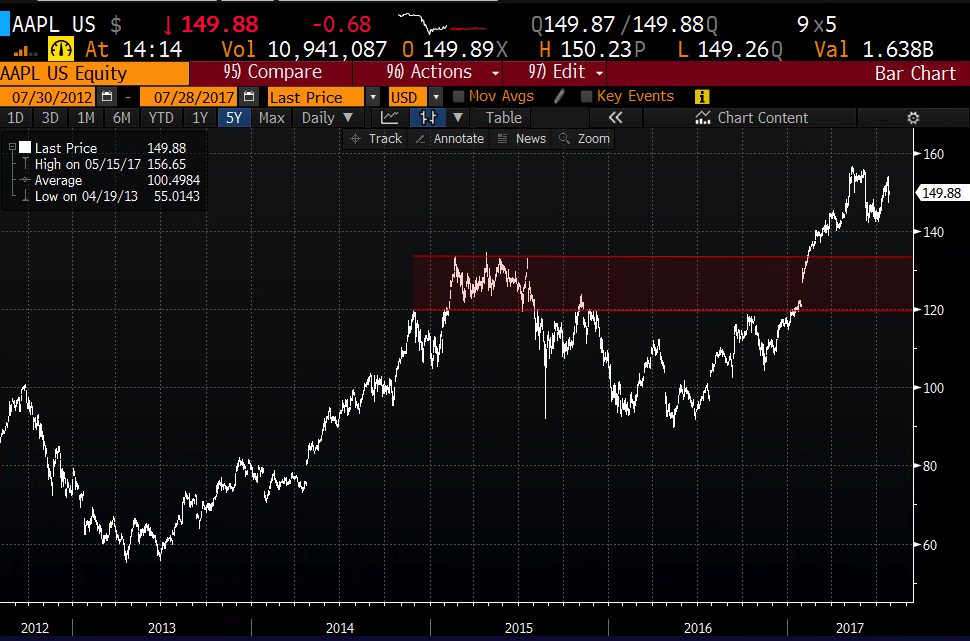