Alphabet (GOOGL) will report Q2 results tonight after the close. The options market is implying about a 4% one day move tomorrow in either direction, which is rich to the average one day move over the last 4 quarters of about 2.1%, but shy of the 10 year average of about 5.3%.

With the stock near $995 the Friday weekly expiration 995 straddle (the call premium + the put premium) is offered at $43, if you bought that, and thus the implied move for the week (most of it priced for tomorrow’s post earnings move) you would need a rally above $1038, or a decline below $949 by tomorrow’s close to make money, or about 4.3% in either direction.

The stock has been volatile, to say the least, over the last three months since its nearly 4% gap following its Q1 report in late April, trading in a nearly 10% range with two fairly sharp selloffs in June, with the stock this month having rallied 7% from a 2 month low: 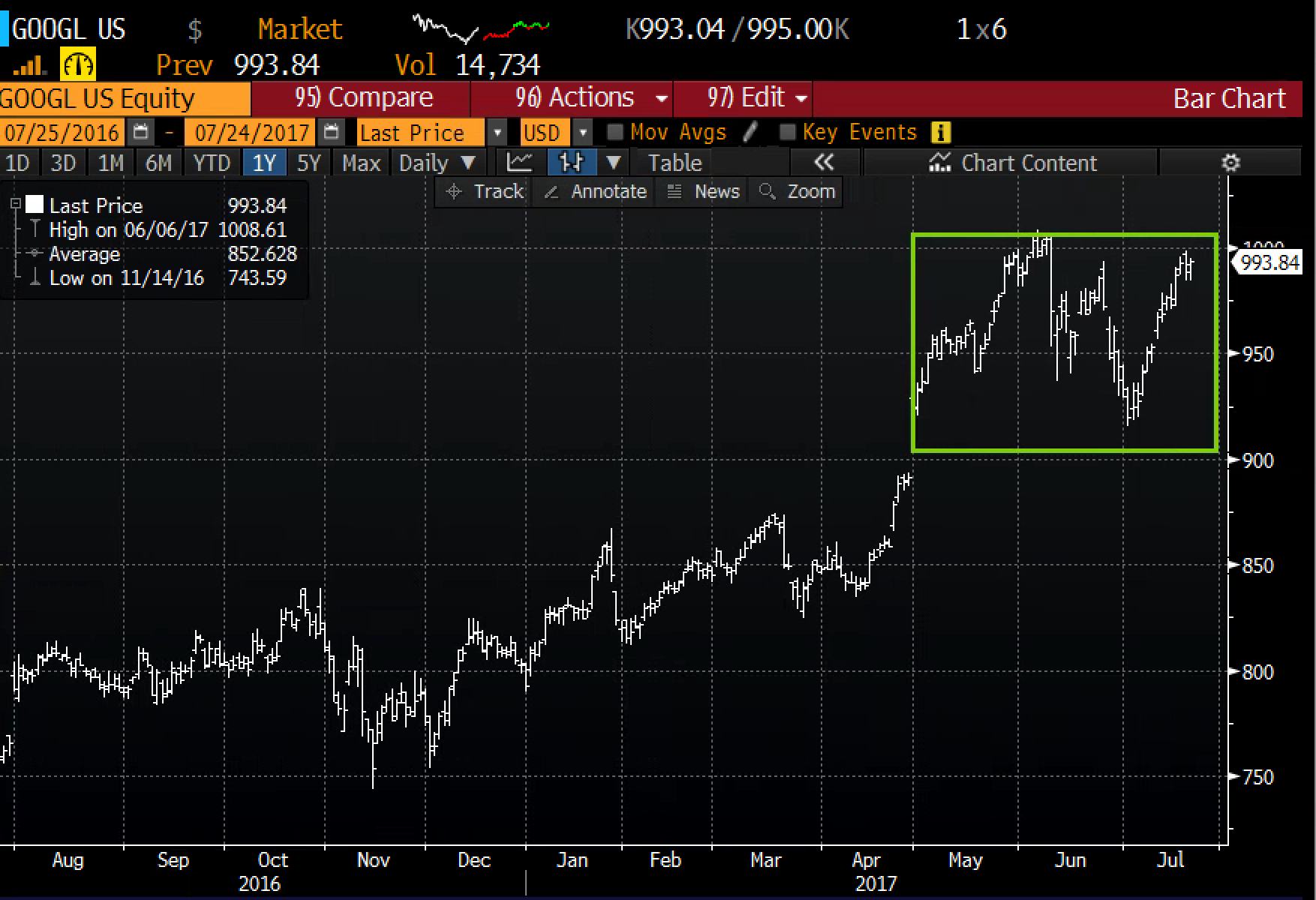 What to expect? RBC Capital’s star internet analyst Mark Mahaney, who has steadfastly rated GOOGL a buy for what seems like ever, highlighted the following in a note to clients last week: 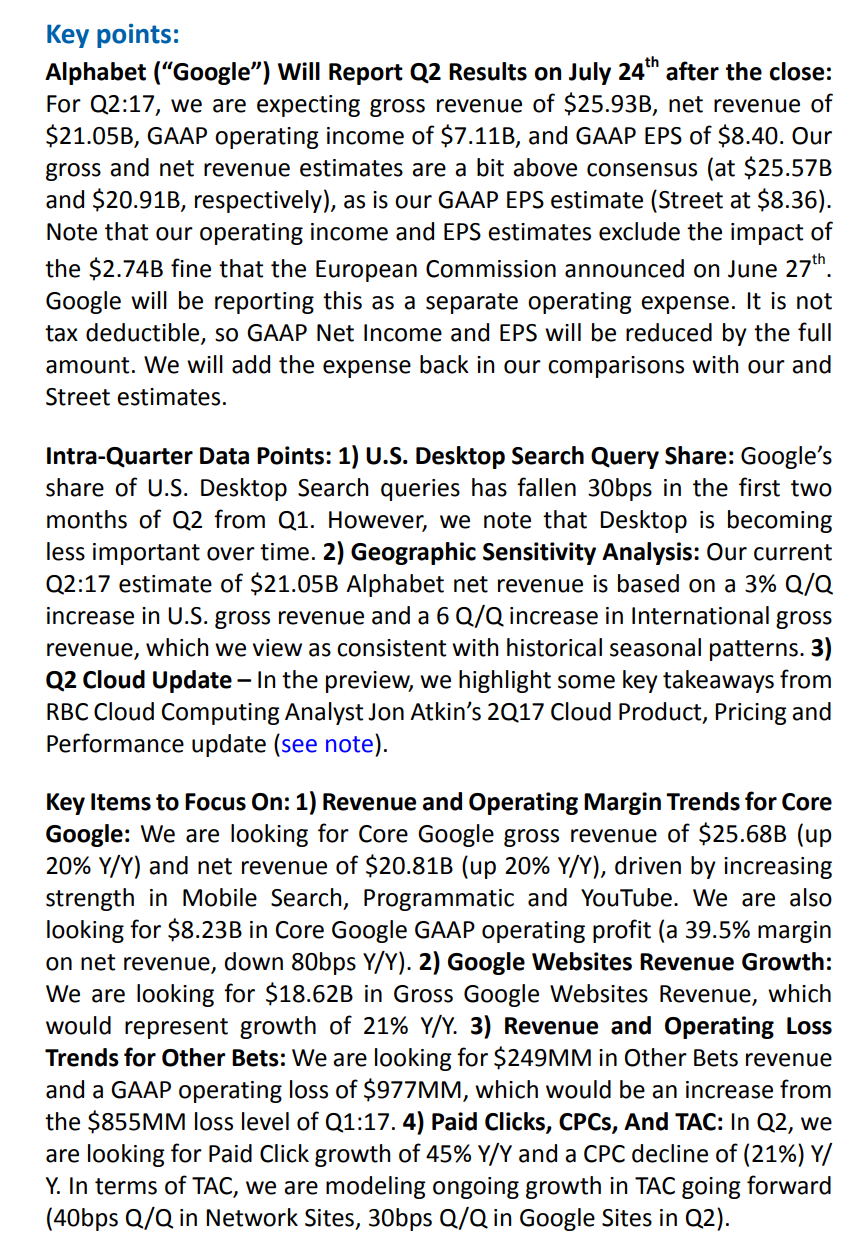 My View: it would take a fairly substantial beat and raise for the stock to gap above the prior highs, hold there and establish a new range. I suspect the more likely outcome would be a move (in either direction) within the implied move, as it seems a tad rich. A miss and a soft guide though, and the stock would be headed back towards the recent lows above $900 on its way to fill in the Q1 earnings gap. But a gap up or down greater than the implied move seem fairly unlikely, especially with that big round number of 1000 acting as an anchor.

Both a gap up or down greater than the implied move seem fairly unlikely, and with shorted dated options prices elevated, call sales to add yield for long holders or collars for protection make a lot of sense. We will also describe a defined risk long alternative for those who are looking to play for a move higher but with defined risk.

Breakeven on Friday/Rationale: This risks 11 for a breakeven at 1011 and above to 1089 (losses above 1089). This is a defined risk way to play for a move higher with a wide range of profitability. The max gain of 39 occurs with the stock at 1050 on Friday with losses capped at 11 if the stock goes lower.

Breakeven/Rationale: Gains and losses in the stock below and up to 1040. Above 1040 called away in the stock at an effective sale price of 1049. The strike is just outside the implied move on August expiration. If the stock outperforms the move to the upside the over-write can simply be rolled higher at a loss much less than the gains in the stock.

Breakeven/Rationale: This locks in profits below 955 (about in line with the expected move) and is called away at 1035. On a move higher the hedge can be taken off for a loos, much less than gains in the stock. On a large move lower there is protection forever below the effective price of 954.