Bonds have had a few interesting days, reacting to news from all over, including the BoE, ECB, FOMC and Capitol Hill. What happens next is unclear, to say the least. Here’s Peter Boockvar:

the $64k question now is whether Mario Draghi’s comments is a game changer for global bonds because of the tight correlations. Even though the ECB tried to take back his speech, the euro is still higher, European bond yields are only slightly lower and US yields are up. Fundamentally, if healthcare gets passed soon and gives people hope that tax reform will soon follow, long end yields will move higher. If the Fed keeps tightening into a slow economy, they will fall. I’m of course stating the obvious on these two fundamental factors but what is not obvious is how US Treasuries will trade if we see continued weakness in European sovereigns.

Back on June 9th we too a look at Utilities ETF (and bond proxy) XLU. We felt the recent breakout on lower yields could fail, for a number of reasons. Here was the trade idea to play for a pullback short term (and possible follow through longer term):

At the time XLU was 53.55, it is now slightly lower at 52.65. Let’s check in on the trade. The July 52 puts have a few weeks left until they expire and are currently worth about .30, slightly less than the original sale. The Sept 52 puts have gained a little and are worth about 1.05. So the trade is an ever so slight winner here. But the key to this trade’s success would be closing at or near 52 on July expiration.

They key here from a trade management perspective is the key levels of 52 as possible support and 54 as possible resistance. If XLU continues to drift lower 52 may hold. If it doesn’t, 51 is make or break. 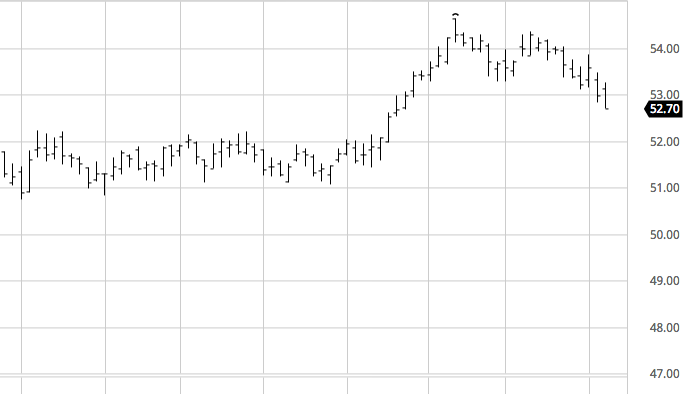 On the upside 54 is the spot to keep a stop. The trade is setting up well and if we’re near 52 over the next few weeks. At that point we can roll the July puts out to August (hopefully at a lower strike). In the other direction it can dance around a bit with 54 being the stop to take it off for what would be only a small loss near term.