Bloomberg this morning quoting Deutsche Bank – Oil at $35 Is Tipping Point for High-Yield: 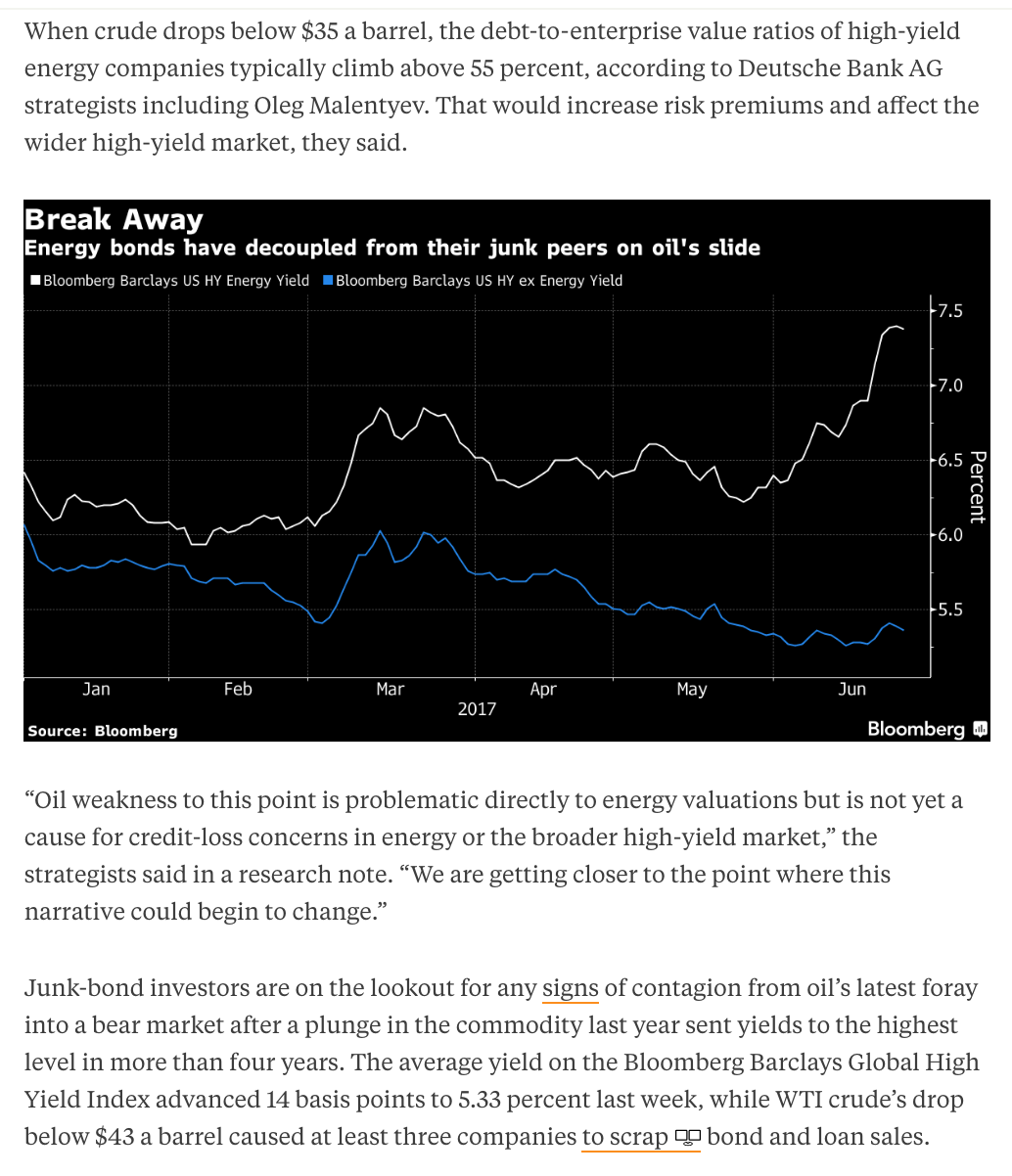 In large part, Crude’s decline to multi-year lows in Q1 2016 caused shockwaves through risk assets of all stripes. High yield debt markets were certainly riled as energy at the time made up a good bit of issuance. The HYG, the etf that tracks the iShares Iboxx HY Index saw a nearly 20% peak to trough decline from its prior 52 week high before bottoming in Feb 2016:

Options premiums on the HYG more than tripled in what is a generally staid volatility regime for an equity etf that tracks a slow moving credit market:

Taking a look at the chart above you can see that options prices have just started to bounce a bit from more than 5-year lows, but still in a fairly well-defined downtrend from the late 2015/ early 2016 vol spike.

Taking a look at the open interest in options in HYG it quickly becomes apparent that they are primarily used as a hedging instrument, with total put OI more than 3x that of calls, with the 8 largest strikes of OI all fairly near the money puts:

This might leave some to think that there is a bit of put skew in the options, but its important to remember that the etf pays nearly 38 cents in monthly dividends at month end which accounts for the difference in the price in the puts and calls of the HYG, evident in the Aug chain which will pay out 2x before Aug expiration:

While Bloomberg’s headline is fairly catchy, it’s important to remember that after the 2015/2016 decline in commodities, many energy companies went to great lengths to shore up their balance sheets. But I do think it is interesting to note the depths of the decline of the HYG during our credit crisis back in 2008/09 . The etf made a W reversal, never made a new high and was rangebound until (despite a sharp decline during Euro SOv debt crisis in 2011 for fear of contagion) until the recent decline. The bounce was sharp but again yet to make a new high, and remains in a low vol range:

If you were inclined to think that crude will see lower lows in the coming year, one of the cheapest ways to play (in vol terms) for a big spillover effect is HYG. For instance, looking out to October: 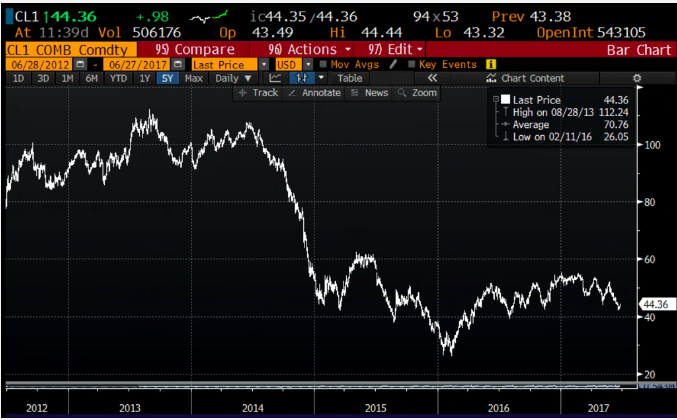 That’s especially true with HYG vol which remains near multi-year lows. This put buy positions for a move lower in HYG, which if a result of further declines in crude will likely also mean a spike in HYG option vol. HYG put spread should be stopped at a 50% loss to the upside.