Back on April 13th shares of Wells Fargo (WFC) gapped and closed down more than 3% following disappointing Q1 results,. From Bloomberg, at the time: 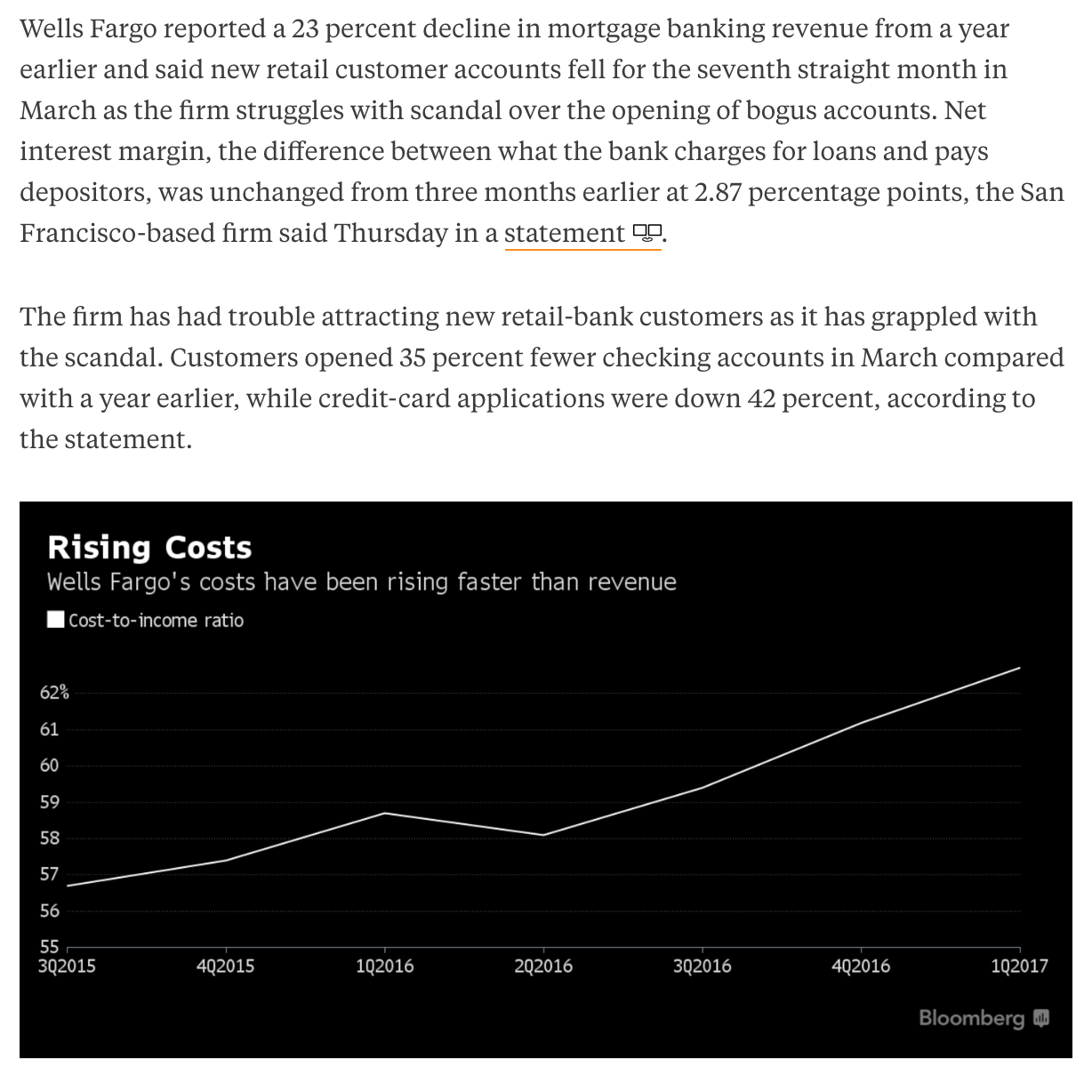 The phony account scandal, the fines, and management changes have clearly impacted consumer perception of the bank and resulted in higher costs. While management and investors alike would prefer to see the events of the last few years in the rearview mirror, it appears that “improper” might have been the norm rather than the exception at WFC. Per NYT yesterday: 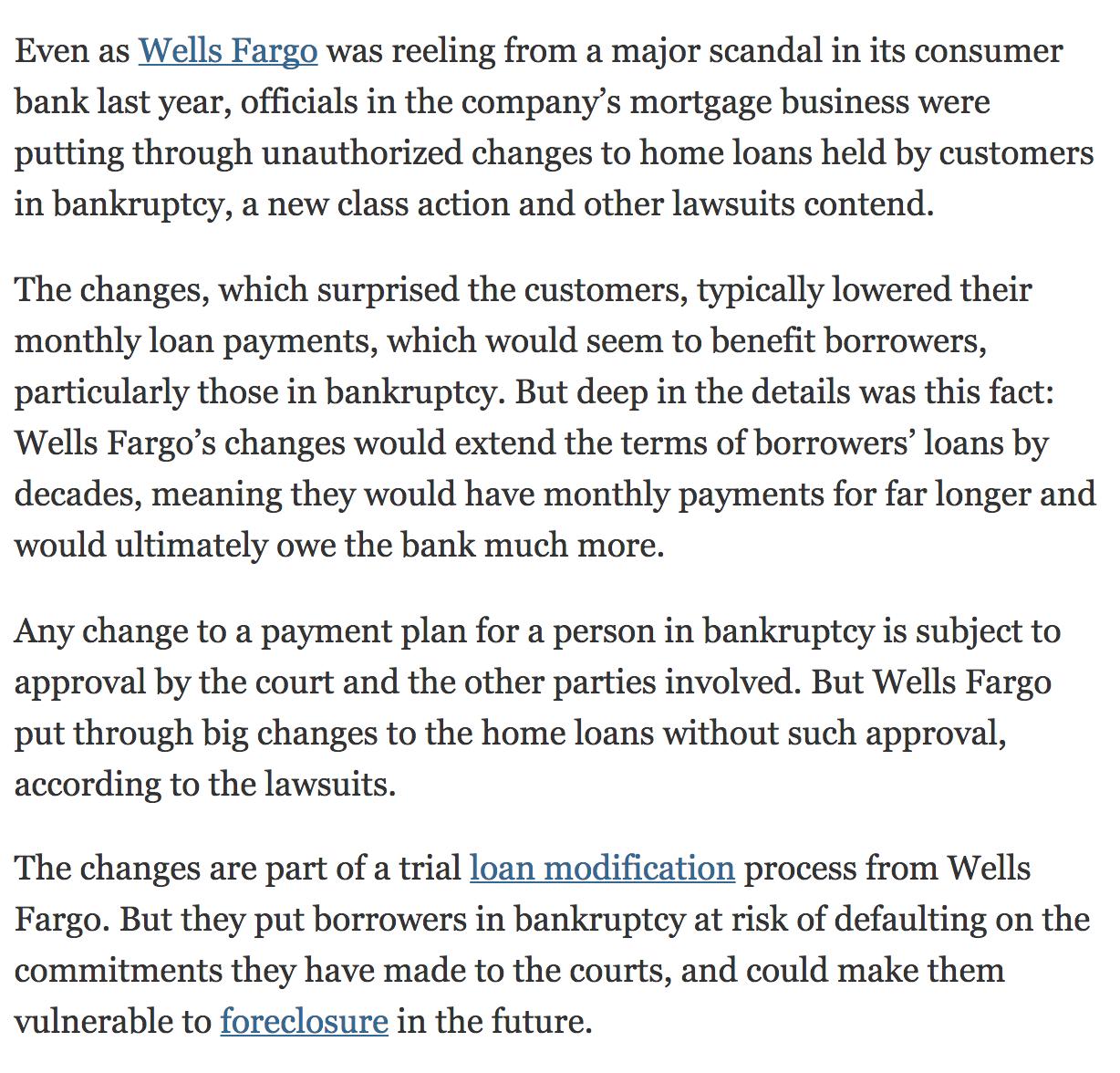 Despite all of this negative press that has been a drag on business, shares of WFC are only down about 2% on the year, and up 25% from its 52 week low made in November. And despite the negative headlines, the bank trades at a premium to its moneycenter peers at about 1.55x book value vs JP Morgan (JPM) at 1.33x, Bank of America at .98x and Citigroup (C) at .83x

Taking a look at the price action in the stock dating back to early 2016 it appears that the recent low near $51 is a fairly important support/resistance level, and last week’s bounce breached near term resistance at the downtrend from the 2017 highs, which was constructive from a technical standpoint:

The next identifiable catalyst for the stock will be Q2 earnings on the morning of Friday July 14th, and this might be an event to target as a catalyst for a retest and possible break of the $51 support level.  The options market as of now is implying about a $2.50 move in either direction between now and the close of July 14th, or about 4.5%, which might seem rich, but considering the nearly 6% rally in the last week or so, and the fact that the stock declined 3.3% the day of earnings last quarter, it could be deemed fair, especially if one was inclined to pick a direction, in which case the break-even for an at the money put or call would only be about 2.25%.

One way to target a downside move though might be financed puts in July regular expiration by selling a downside put in a shorted dated expiry.

Breakeven – The max risk on the trade is .30. If the stock were 52.50 or above on June 30th close then the short put would expire worthless and you have lessened the cost of the July put by 25 cents at which point you might consider further reducing the premium at risk by selling a lower strike put in July and create a vertical put spread.

Rationale – One consideration for choosing the long put strike… while the July 14th expiration (which also catch earnings) are less than the July regulars, we like the idea of giving the trade some time to play out with the potential for follow through the week following earnings rather than totally binary on the event itself… and if in fact the stock does not have the directional move or to the magnitude we’d like there is some additional time for that to play out.