Yesterday we took a look Under the Hood of the performance by sector in the S&P 500 (SPX) and frankly, the crowding in a handful of stocks of near monopolistic companies, strength in utilities and consumer staples, and weakness in banks and energy doesn’t normally paint a picture of a healthy bull market  But… you say, the SPX is still within a percent from its all-time highs and the VIX is 11. To that I say fine, the SPX is still the most stable U.S. equity index but that’s relative. Let’s look down in market cap a little because the Russell 2000 has woefully underperformed the SPX and the Nasdaq from the March 1st highs. Bloomberg offered an interesting chart on investor sentiment towards small caps yesterday: 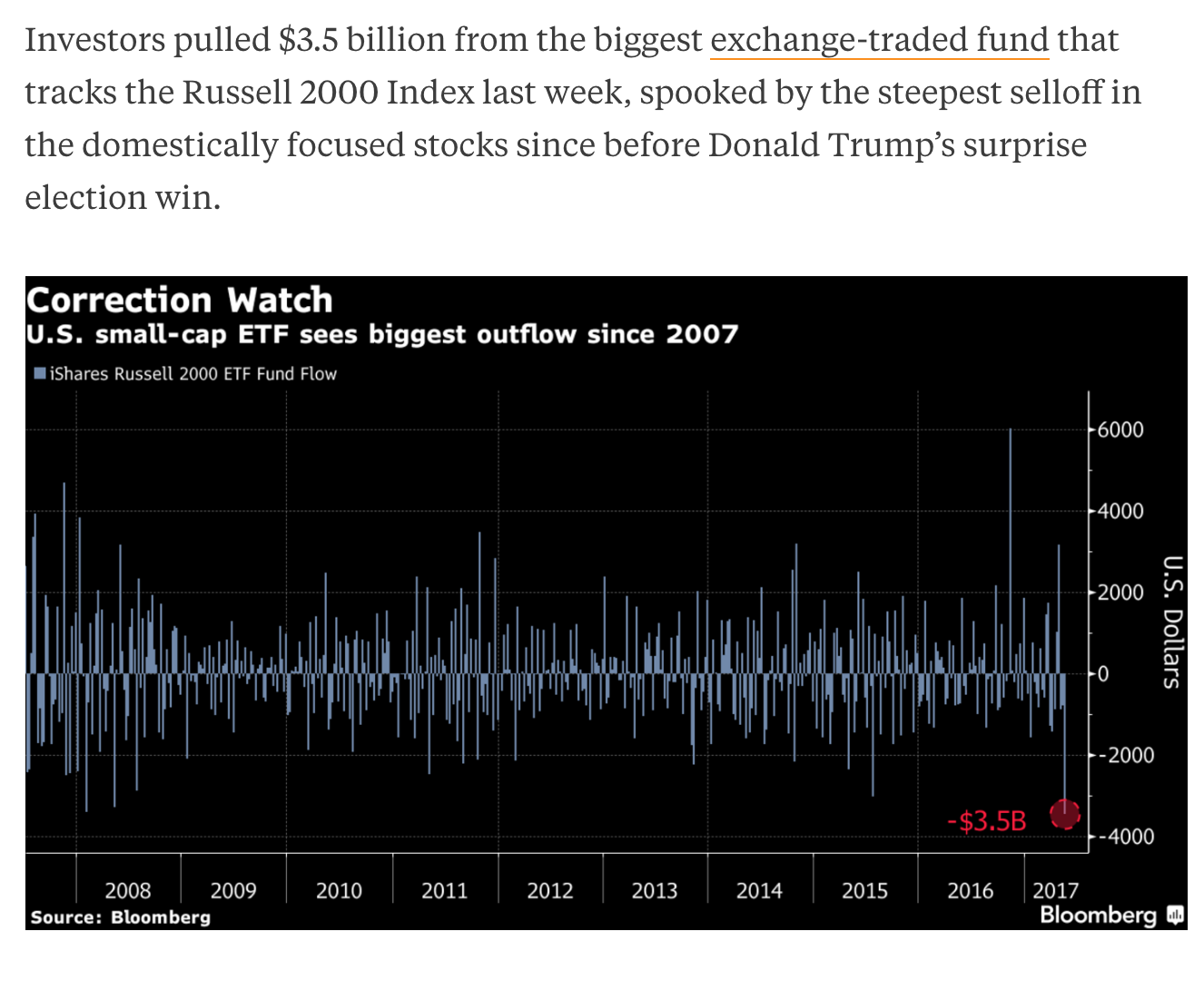 And the VIX at this point it is nothing other than a waste of time to look it, Considering how spot VIX is priced (see CC’s recent post here) and the amount of futures, options structures and etn’s that are traded against one another, it’s nearly impossible to make informed investment/trading decisions based on its day to day.

Which brings me to this tweet from DoubleLine Capital’s Jeffrey Gundlach from yesterday:

Bitcoin up 100% in under 2 months. Shanghai down almost 10% same timeframe, compared to most global stocks up. Probably not a coincidence!

I know I know, the Shanghai Composite is soooo 2015, but I’ll remind you that weakness in China’s economy in Q3 2015 and early 2016 was the source of a viscous correction in their equity market. That volatility susequently seeped into almost every risk asset the world over. 3000 might be an important level to keep and eye on:

And then, of course, there is Bitcoin, this morning sporting a market cap very near $40 billion, greater than that of the etf that tracks gold (GLD). Of course, gold reserves globally are greater than $7 trillion, and it’s not really a risk asset, but the GLD etf is normally associated with investor fear or complacency. I think there is little doubt that a good portion of the run in Bitcoin in the last month (up more than 100%) has to do with investors looking for black swan (or doom bunker) sort of exposure. If this were a $20 billion market cap stock with little profits or utility a month ago, and now a $40 billion stock for no apparent fundamental reason, we would be talking about it non-stop in the financial press. Mere price action does not make a bubble though. There will likely be massive corrections. But when the aha moment comes, it will be when sentiment is so obviously out of whack, constant coverage in the news, the general public pouring money in, and then some piece of fundamental news that serves as the prick.

That said, my week started with my wife checking her Apple News early Monday morning, asking why the heck i didn’t buy $100 worth of bitcoin in 2010… silly stupid me: 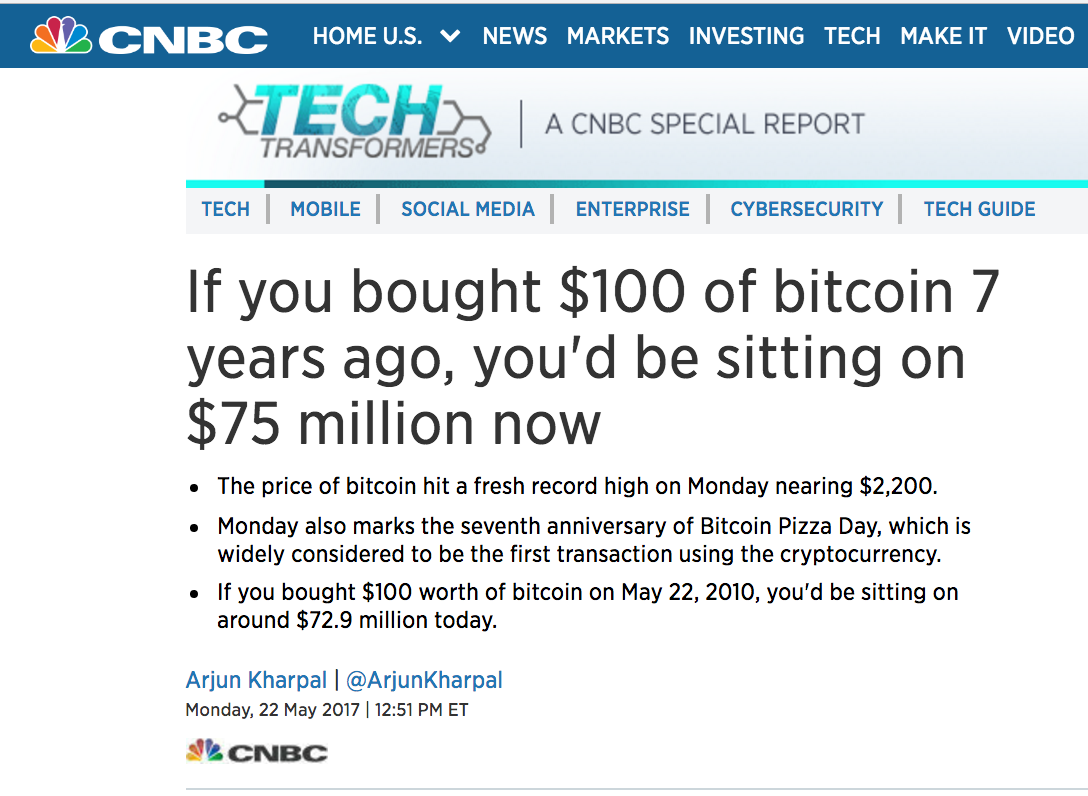 So back to the broad market. The internals are a little funky, there is some weird stuff going on in macro land with treasury yields stuck in the mud, the U.S. dollar having roundtripped its entire move since the election, Washington distracted by scandal (essentially shelving legislative tax cut initiatives for the 2017 calendar year, although Paul Ryan wants to get tax cuts on the Presidents desk by Christmas), and despite high hopes for Q2 GDP and a slight upward revision to Q1 (still below 1%), the Citi Economic Surprise Index just made a new 52 week low:

Over the last year, the SPX has tracked this index fairly closely until recently:

So despite the current low vol and complacency now, a couple of these indicators point towards things heating up this Summer!