This morning Credit Suisse upgraded their view of the U.S Steel sector in a 70-page report. This comes 4 months after downgrading the sector. In case you missed it, U.S. Steel (X) in particular has gotten annihilated in 2017, down 37% so far in 2017, and down 50% from its 52-week highs made in February. Here was the crux of the bull case for X from this morning’s research note: 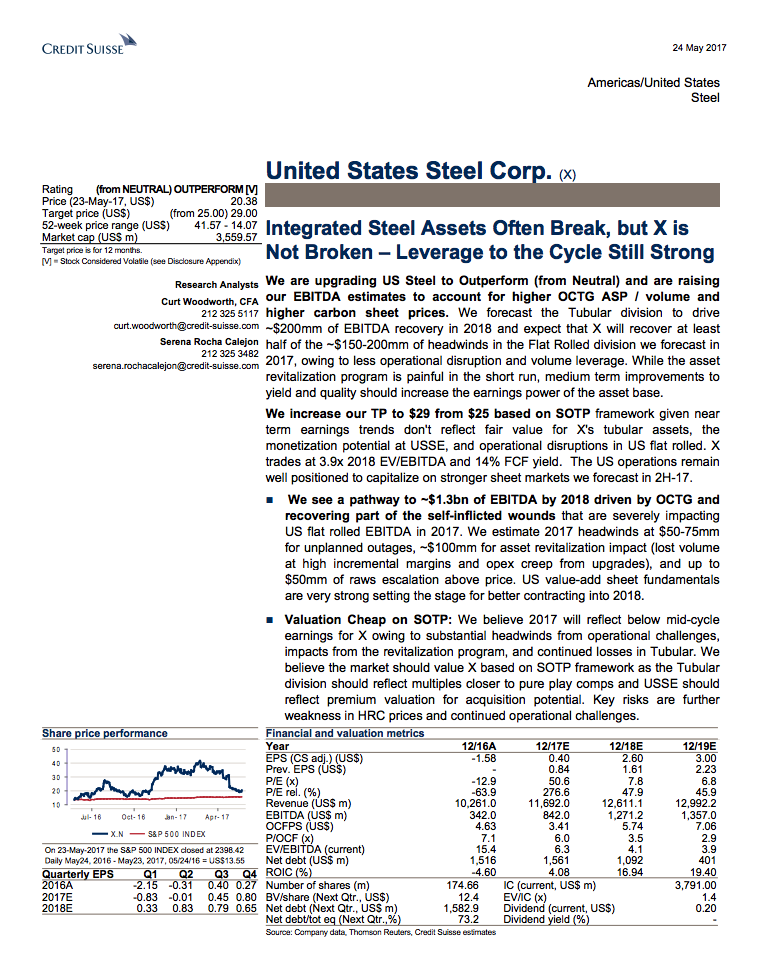 Interestingly, despite some much needed institutional support, the stock rallied close to 8% from yesterday’s close shortly after the open, but has spent the balance of the session going lower:

Not exactly great price action given how poor sentiment is (5 Buy Ratings, 10 Holds and 1 Sell) with short interest nearing 11% of the float. The one year chart looks about as bad as today’s action and the prevailing sentiment, with the stock having round-tripped the entire move since the day after the November election. One of the largest perceived beneficiaries from proposed pro-growth campaign rhetoric has become one of the biggest losers of the now doubts about the agenda:

Call volume is running hot today, 3x average daily volume, and 4x that of puts. The largest options trade of the day came shortly after the open when the stock was trading $21.50, a trader bought to open 10,000 of the June 22 calls for 96 cents, which break-even nearly 7% from the trading level in less than a month.  With the stock now at $20.55 as I write, these calls are worth about 57 cents, whoops.

This obviously reflects the stock’s recent volatility, but also the levered nature of its balance sheet and volatility in earnings.