FactSet’s Earnings Insight this week had a quick rundown of Q1 S&P 500 (SPX) earnings results, with almost 90% in the bag Factset has the beat rate at 75%, above the five-year average of 68%, On average companies beat by 6%, also above the five-year average of about 4%. The year over year quarterly growth rate for the index was 13.6%, well above expectations of 9% growth at the end of the quarter.

Wall Street consensus calls for SPX earnings to grow about 12% in 2017 to a record $130.85, which would mark its highest growth rate and first double-digit annual growth since 2011. If this comes to fruition, the SPX trading at 18.5x expected consensus might prove to be reasonable.

I think it is safe to say that Trump can’t take credit for Q1. Interest rates are still very low, the dollar is down 4% from its Jan highs, unemployment has been trending lower, commodity prices, particularly gas is low. The ingredients have been in place for such an uptick. But what feels like an every other day scandal out of the White House puts continued pressure on the possibility of getting through the president’s proposed pro-growth legislative agenda, which in my mind would be crucial to another leg higher in both the economy and U.S. stocks. Without tax reform, healthcare reform and a meaningful infrastructure spend in 2017, then corporate coffers are likely to become a tad more cautious, which would likely crush any building economic momentum and stock prices.

It’s worth keeping an eye on one other stat from FactSet’s post, the fact that SPX components were rising less and falling more post Q1 results than their five-year average, which might speak to waning investor interest in stocks at all time highs, and a shoot first and ask questions later attitude for those that disappoint. 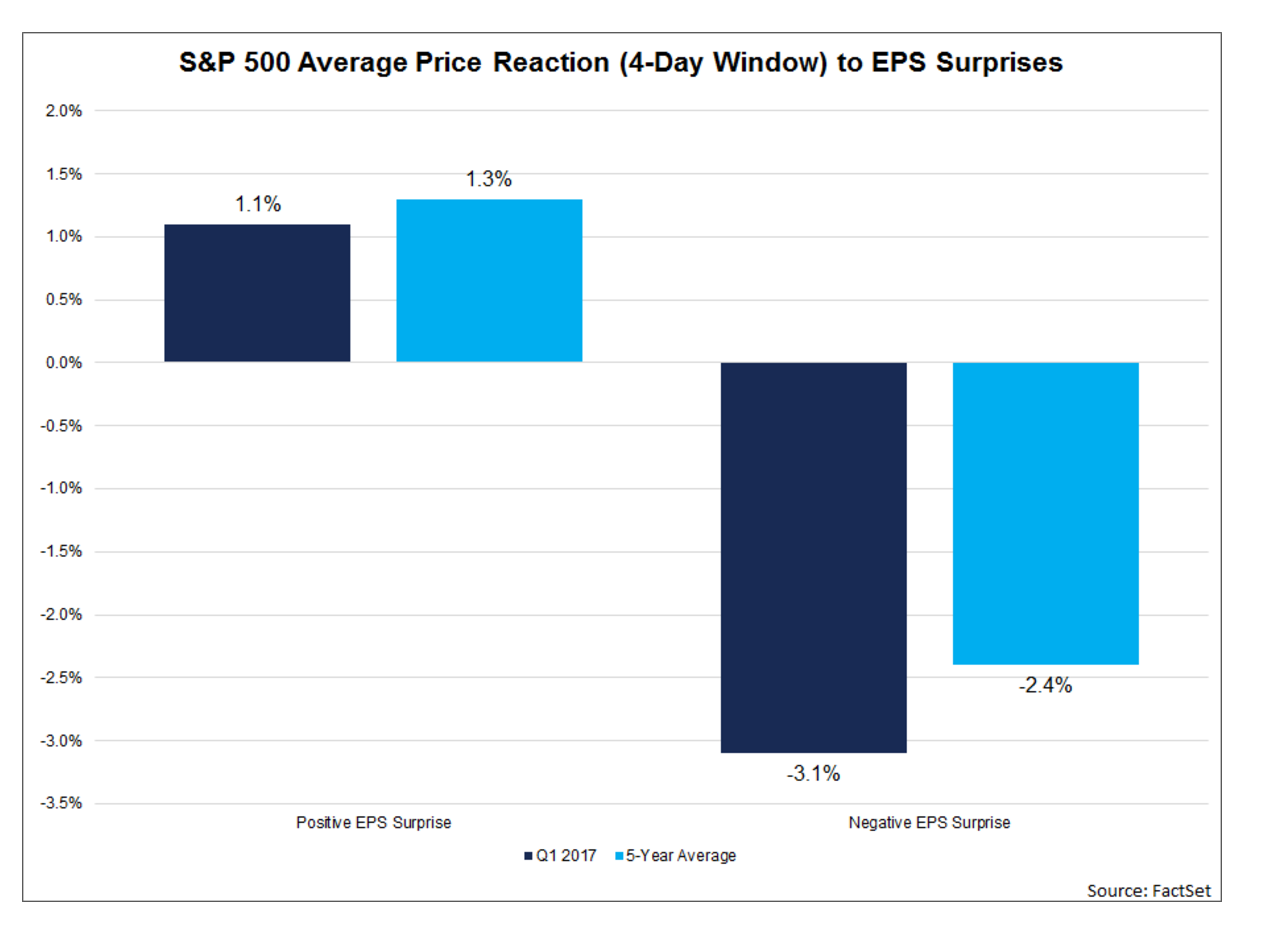 It’s been my view for weeks/months that the level of complacency given the mounting political risks, both here and abroad, and the unusually high positive sentiment for such a small group of stocks that make up such a concentrated holding in the SPX is quite a dangerous setup.

The one year chart of the SPX looks fairly constructive though, after a nearly 3-month consolidation, which could prove to be a launchpad for a break higher. That said its worth keeping an eye on that uptrend from the Nov lows, a break puts a test of 2300 a near certainty.

One reason this chart may be a near an inflection point is the epically low levels of volatility. The chart below shows 30 day at the money realized volatility over the last five years (white line, how much the index has been moving) vs implied volatility (blue line, the price of options), which appear to be very near converging very near 5-year lows (maybe record lows). To kind of quote the dude, this suppression will not stand man.  I suspect something has to give, and soon.