Wake and bake is not exactly my jam (not even on 420) but the top story in the WSJ this morning had me wondering what was in my breakfast muffin: 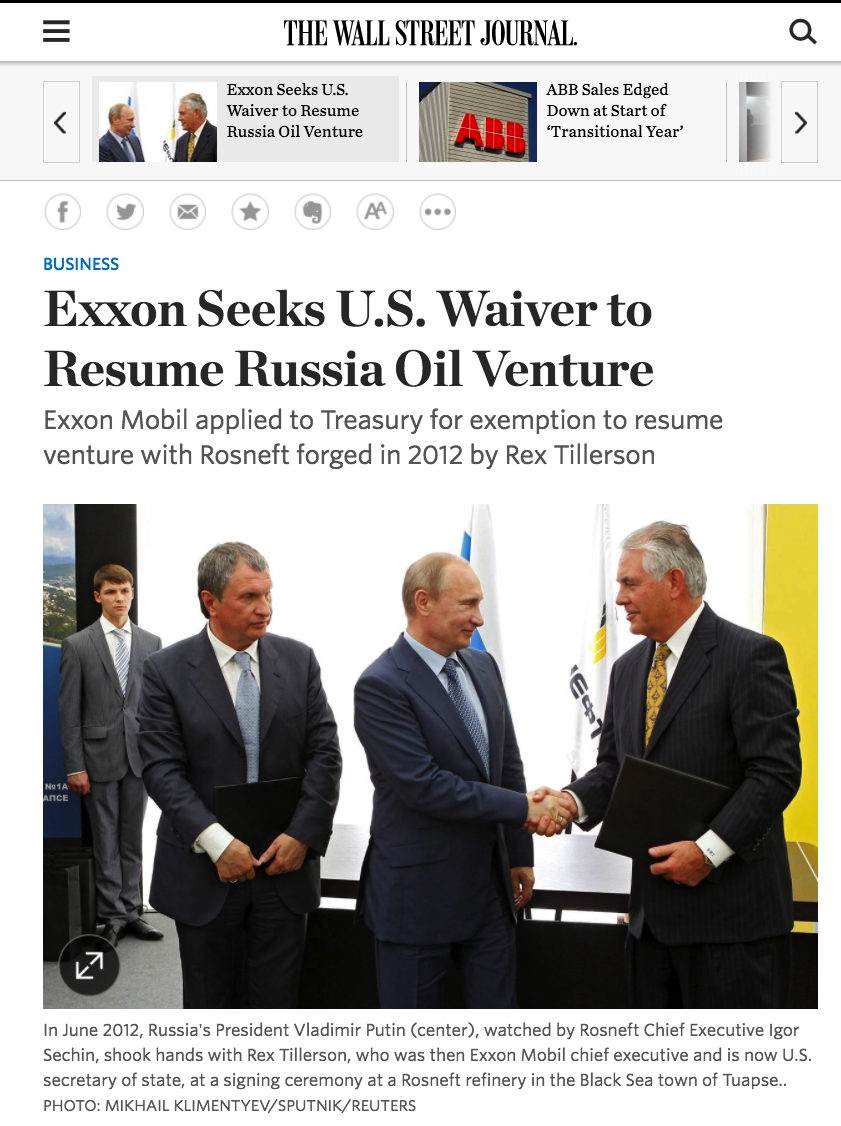 I wasn’t the only one: 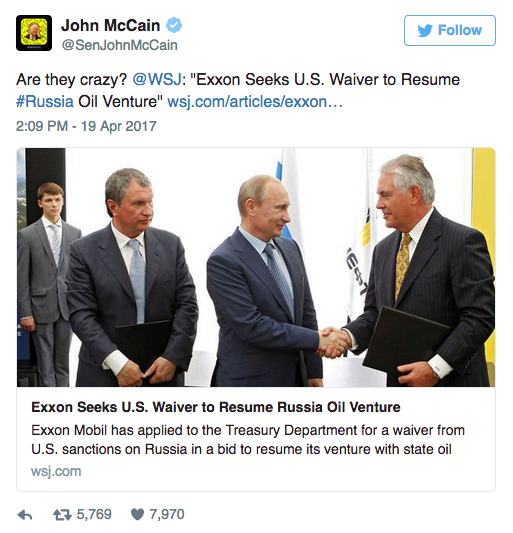 When there’s an overwhelming population of wealthy business leaders in the cabinet, conflicts of interest (or at least the appearance) are inevitable. But when they so obviously conflict with foreign policy and are literally mentioned in famous “unverified” dossiers, things get weird. Maybe I’m a paranoid man.

But think about it. Like really think about it. There have been so many mixed messages to friends, frenemies, and foes in the past few weeks people are probably starting to talk behind our back. Do you think they know? It feels like everyone knows.

Our weird mood swings are most apparent with our changing rhetoric about China during the campaign and transition, and the dramatic about-face since Presidents Xi’s meeting with Trump where Xi blew his mind:

“He then went into the history of China and Korea. Not North Korea, Korea. And you know, you’re talking about thousands of years . . . and many wars. And Korea actually used to be a part of China. And after listening for 10 minutes, I realized that it’s not so easy.”
— President Trump, interview with the Wall Street Journal

Korea was never really part of China. Also, never follow a hippie to a second location.

And we’re getting the opposite message on Russian relations lately with bold claims that relations have “hit an all-time low” and that should be obvious:

“If there was anything that Syria did, it was to validate the fact that there is no Russia tie,” Eric Trump told The Daily Telegraph

Wait, did I just say the quiet part loud and the loud part quiet?

As for Exxon (XOM), they have to lose trying to get back to business with Russia’s Rosneft. The 2014 sanctions barred such activity after Russia’s annexation of Crimea. But the intimate knowledge of the now Secretary of State, and very recent Exxon CEO, should help the company navigate pesky foreign sanctions. Dude.

As for XOM stock itself, the stock made a new 52 week low yesterday, down about 16% from its 52-week highs made last July, and down 14% or so from its post-election euphoria highs made in December:

From purely a technical and sentiment take, the nice round number of $80 might serve as a psychological level for investors as it was below that the stock made a panic low in the summer of 2015, and bottomed in February 2016, and h as not traded below since:

XOM will report Q1 earnings next Friday, April 28th, the options market is implying about a $2 move in either direction between now and next Friday’s close, or about 2.5% in either direction, which is a little rich to the average one day post-earnings move over the last 4 quarters of 1.6%. The stock’s 3.7% dividend yield might again attract investors looking for solid balance sheets and good yields, but with short dated option premiums elevated, long holders might look to overwrite stock to juice that yield if they thought the stock might be range-bound in the low $80s. Whatever man.