On Thursday in this space, we highlighted some short dated put buying in the SMH, the etf that tracks the semiconductor sector (here) and what might be a fairly precarious technical set up for one its largest components, Intel (INTC), which has lagged the M&A induced out-performance of the semiconductor group for nearly two years: 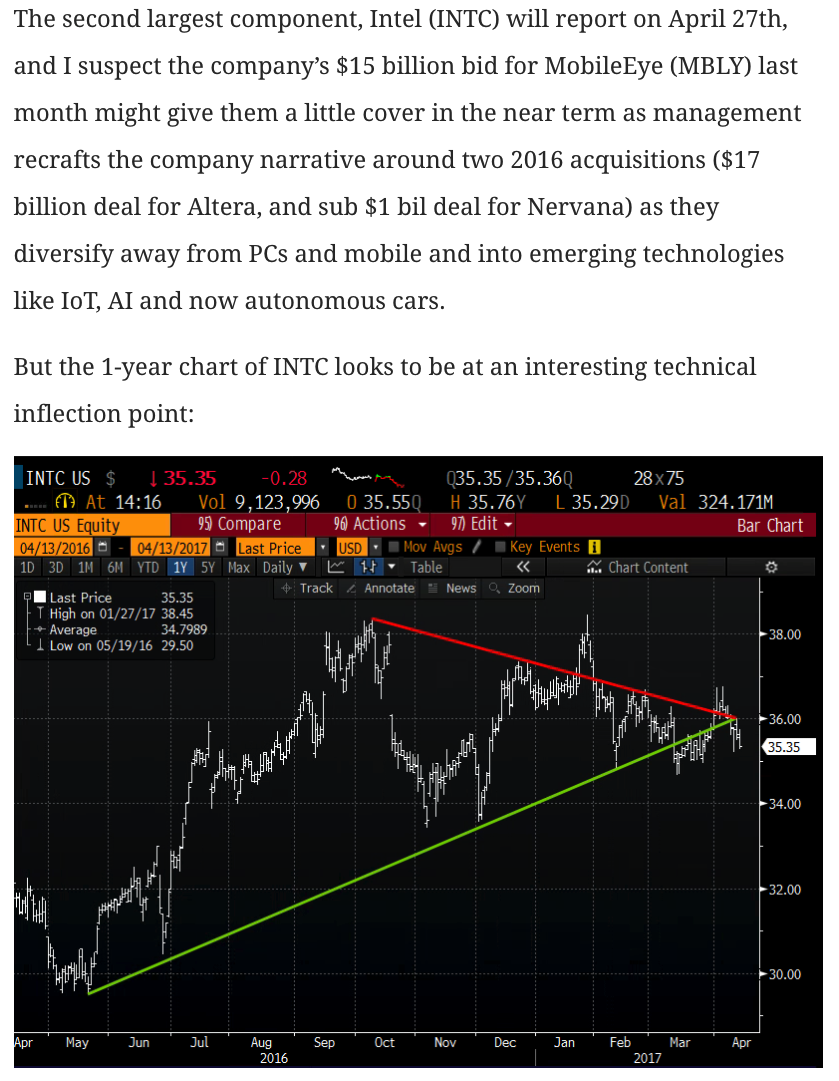 Right out of the gate this morning there was some put buying in Analog Devices (ADI), a company that made one of the largest semi acquisitions (Linear Technology for nearly $15 billion). When the stock was trading $76.77 a trader bought 6,000 of the May 75 puts for $1.71.  This trade sticks out to me, not because it is a massive options trade in terms of contracts or in premium terms, but because there is not a ton of total options open interest for a stock like ADI, a company with a $28 billion market cap. Heading into today there was a total of 34,000 options open interest, 18,000 calls and 16,000 puts.

The choice of strikes is also interesting because $75 appears to be an important technical support level, the intersection of the 1-year uptrend and the late January breakout to new all-time highs:

With the recent pullback in the stock options prices are up a bit, but implied vol remains historically cheap. These puts were bought for around 25 vol. Here’s how that looks historically:

The next identifiable catalyst for shares of ADI will be their fiscal Q2 results that should fall in May expiration, so this put buy is well timed, either as a hedge or an outright bearish bet.