In case you missed it, United Airlines tried to bounce a customer off of an oversold plane Sunday night in Chicago to make room for some crew members needed at the destination for another flight. United needed goons to drag him off, he was bloodied, it was all caught on smartphones and the internet went nuts here and abroad.  And the whole ICYMI bit was a joke. I don’t think there is a person in this country who has not seen the video by now.

Last night on CNBC’s Fast Money we discussed the situation’s potential impact on United’s (UAL) stock. The stock was down nearly 4% at its lows, but rallied throughout the day to close down only 1%. How will this bad press affect the stock longer term? Who knows. But what’s clear to everyone now is how strange UAL (and other airline’s) strict overbooking policies are and when push comes to shove, how blase they are about inconveniencing their paying customers in favor of their bottom line. If I were a shareholder I might be ok with the policy if it was used sparingly (and without violence obviously), but as a customer, I find strict overbooking policy to be something we’ve oddly accepted these past few years and obviously the behavior in this specific incident was deplorable. Did the stock deserve to be down 4% at one point just on this situation? Probably not, and much of that was the broader market as the video actually broke the previous trading day. But it really spread to the general consciousness that night and the next morning through social media.

But this is the world we now live in, where striking images can be weaponized on social media. In this case the video evidence was cold hard truth. But how it spread globally is where things get interesting, because we have to remember that in the world of social media, the world is often post-truth.

The amazing thing is that the story has seemed to reach even more people in China than it has here in the U.S., at least on social media, per the New York Times:

BEIJING — A day after the forced removal of a passenger from a United Airlines flight provoked a social media furor in the United States, a similar outcry followed in China, after state-run news outlets here described the man as being of Chinese descent.

Long before the man’s name was widely known, another passenger on the flight on Sunday said that he had complained of being singled out because he was Chinese.

By Tuesday evening, the hashtag “United forcibly removes passenger from plane” was the most popular topic on Weibo, China’s equivalent of Twitter, garnering more than 270 million views and more than 150,000 comments. Many Chinese social media users accused United of racism, while others called for a boycott.

The episode was prominently displayed across the Chinese news media on Tuesday. CCTV, the state broadcaster, showed photographs of the passenger’s bloodied face above the word “Savage!”

Wait, did I read that right, 270 million freaking views in China by Tuesday afternoon?? I suspect by now it has reached nearly 325 million, or one view for every person in America. That’s an insane reach. With state media, alongside social media hinting at racist implications overseas, that’s the type of thing that turns a stir into a frenzy.

Which brings me to this season of Homeland on Showtime, where it is hard to tell if art is mirroring life, or vice versa. Watch this clip from the episode ‘Sock Puppets’ that aired a couple weeks ago and tell me that it’s not possible that United competitor, state-owned China Air, had something to do with stoking the fire, here and abroad? 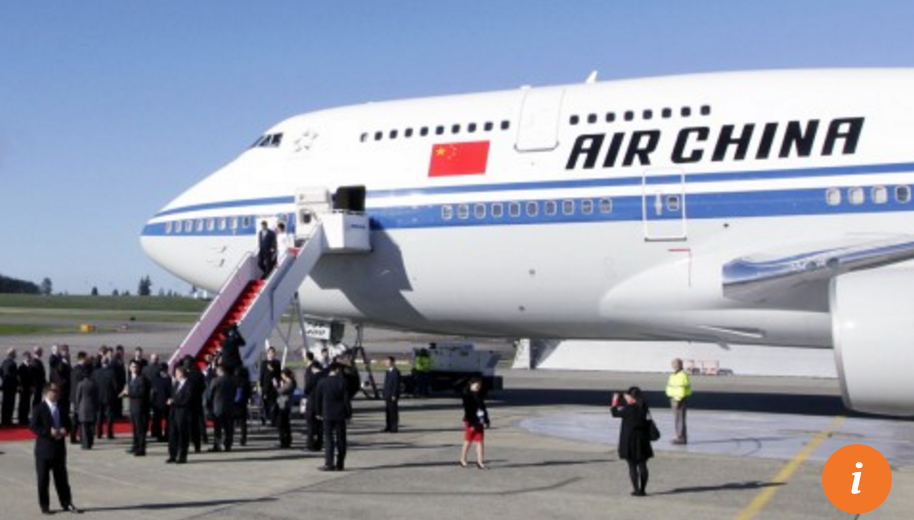 China is one of UAL’s most important and profitable international routes.

I know, I know, this sounds a little Breitbart / Infowars-esque, but it makes sense from a political and a commercial standpoint. And even if this is way off base in this particular case we’d be kidding ourselves to think this sort of thing isn’t happening every day on social media, both by companies (large and small) and state-sponsored operations.

This situation will most certainly settle down for UAL, and I suspect there will be very limited financial fallout for the airline, they will pay the victim a sealed settlement, as will the police, customers will move on, the policy probably won’t change much but maybe United hires some better PR (their response has been really tone deaf).

But a really important takeaway from the situation is that social media can really drive a negative story and harm a company. And I suspect we will see a heck of a lot more of this. But just like you should be skeptical of how glowing articles about a company get placed on financial media, when a really bad story breaks on social media, keep an open mind as to who behind the spread of that story.