Last night on CNBC’s Fast Money we discussed Apple (AAPL) closing at an all-time high, up 2% on the day, up 24% on the year, and up a whopping 60% from its 52-week lows made in February 2016 lows. I was asked to detail a defined risk strategy for those looking to play the recent momentum, or possibly for existing longs to swap into calls. With fiscal Q2 earnings expected in the last week of April, and with options prices relatively low, outright calls purchases in May look very reasonable, watch here: 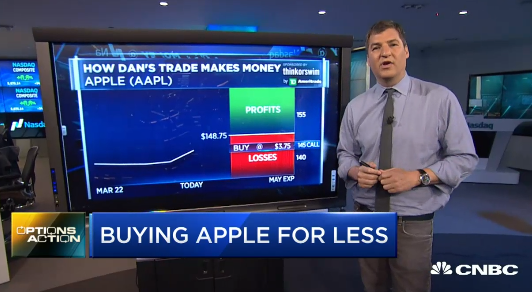 Let me spell this out. With more than 6 weeks to May expiration, the near the money call is about 2.5% of the stock price, and in the example I gave last night, the break-even on the May 145 call (vs stock price of $144) was up less than 3.5%. To put that into some historical perspective, over the last 10 years the stock has moved a little less than 5% on average following earnings. Picking a direction a month before earnings, for the event makes little sense, but for those who have enjoyed fabulous short-term gains, and think the stock might incorporate any and all good news after results, it may make sense to replace stock with calls that define your risk from here on out.

Apple currently has a market cap of nearly $750 billion. It’s at an all-time high and has gained $180 billion in market cap so far in 2017. That is an astounding figure when you consider the fact that only 25 stocks in the U.S. have market capitalizations greater than $180 billion.

Lastly when considering that $750 billion market cap, AAPL has bought back $144 billion of their own stock and paid $51 billion in dividends, and still has $246 billion in cash on their balance sheet ($159 billion net of debt): 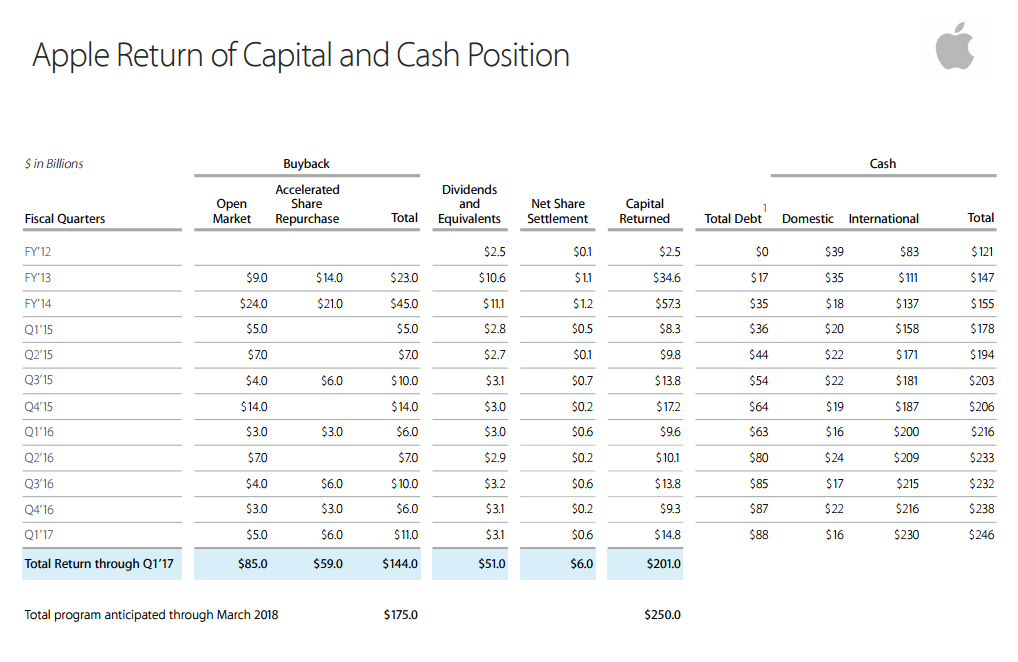 I was not a buyer of AAPL on its breakout to the highs prior to fQ1 earnings, so I am certainly not a buyer here, but for those who have a case of the FOMO’s, defined risk strategies like the one detailed above make sense.