In case you missed it, Apple (AAPL) is about to embark on a major ‘supercycle’ for its upcoming 10th anniversary iPhone, due out in September. I know this because I see a new story about it everyday, and the tech press has labeled it as such since the release of last year’s iPhone: 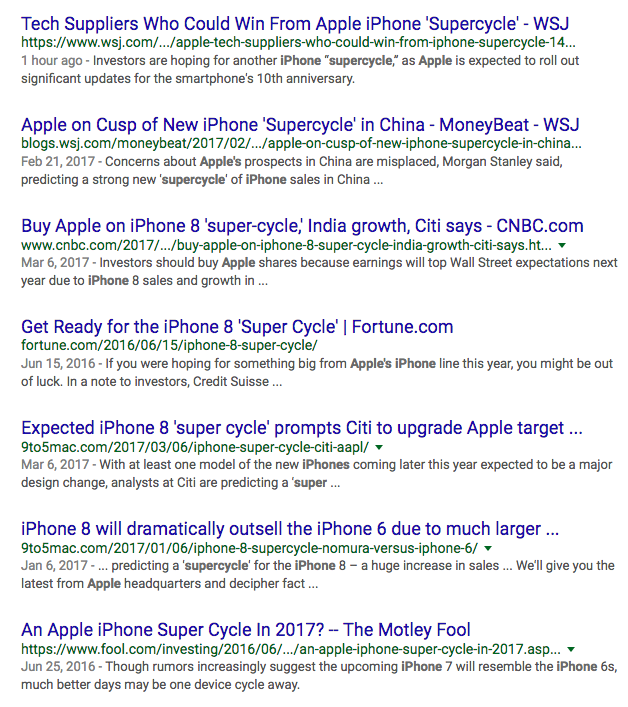 We won’t begin to know how super the cycle will be until AAPL reports their fiscal Q4 earnings in late October. And the jury will still be out until the company’s fiscal Q1 results in late January. The stock is trading at a massive discount to many mega-tech peers and the broad market, so despite the stock already at all time highs, there are plenty of scenarios where I can see the stock moving even higher. If investors buy into the hype, and AAPL is able to deliver the ‘supercycle’, AAPL could be the first ever $1 trillion market cap company. But it’s still a long way away.

I have no idea which direction the next 10 or 20% will be in the stock, but for the stock to hit $1 trillion it would take a 50% rally from current levels. And that would certainly take something super in the next year or two.

But let’s step back and look at the bigger picture. This is a gem from Lauren Goode of the Verge: 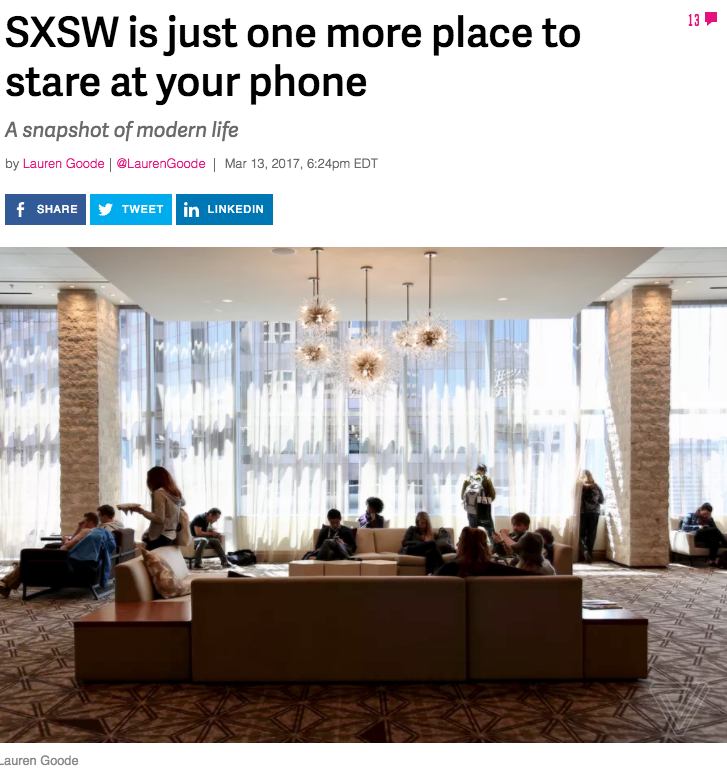 Seriously, we are slaves to our phones. Over the last few days I have been to LA and San Fran and back to NYC. I’ve been in three airports, taken a dozen Uber rides and had lots of time to myself. Not only do you notice that we can’t kill time alone without our head buried in our smartphone but when you look up from your smartphone in a public place, you realize people don’t engage with one another anymore because they’re all staring down too. The most interesting part is when you observe a conversation simply drift away towards the end, with both conversationalists thrilled to be back staring down at their phones. “This conversation isn’t rewarding the pleasure center in my brain… ahhh, that’s better.”

Which leads me to the recent press around Nokia (Google it Kids, they were the Apple of the Mobile world at the turn of the century), and specifically their update of their classic candy bar phone, the 3300. For 50 euros you can have a phone with basic features, a battery that lasts for a month and of course you can play the snake game when you get really bored. Part of me wants to turn back the clock, stop paying for all those geebees, megapixels, and wicked fast browsing and get back to the basics, communication when absolutely needed. 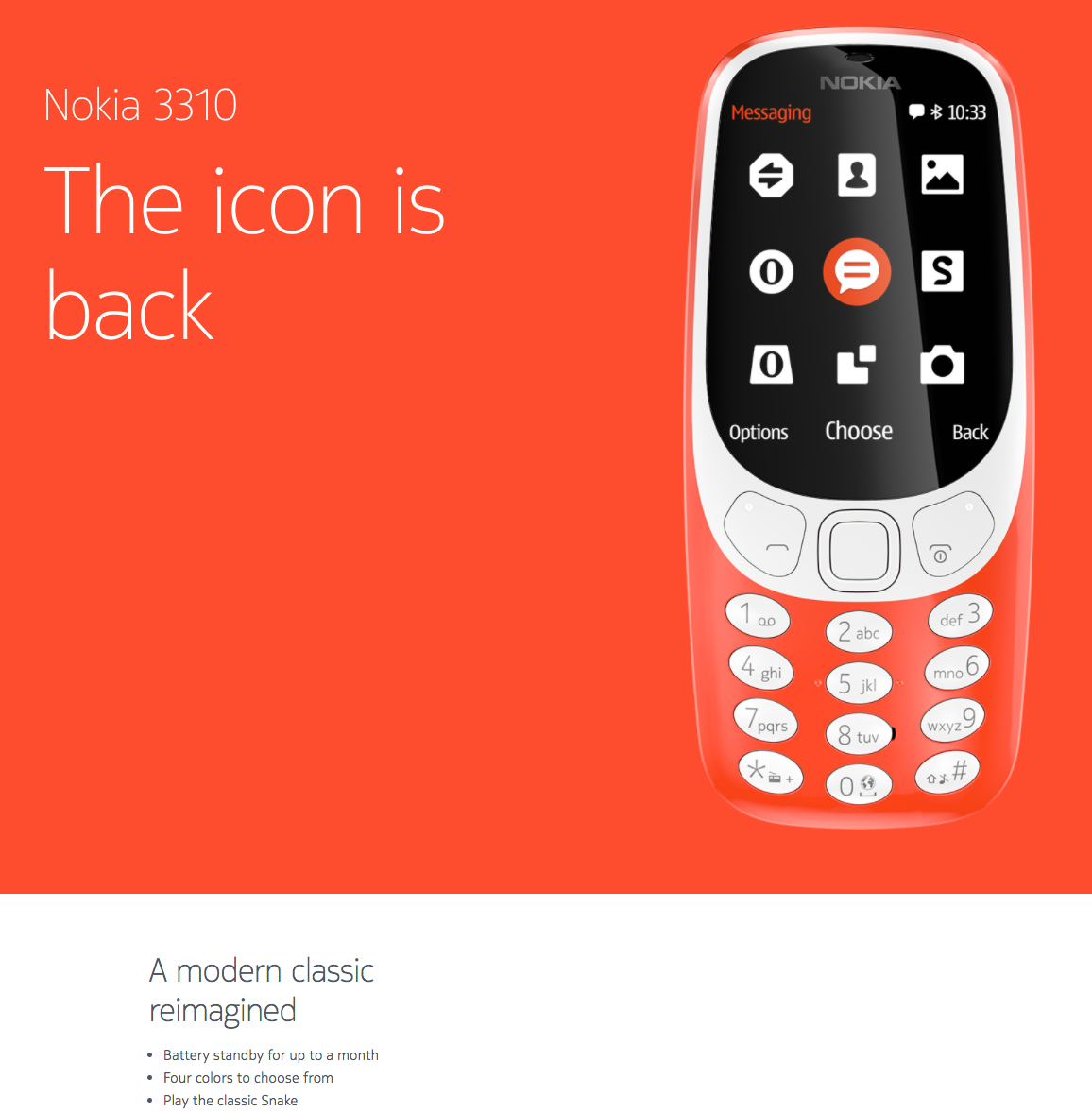 AAPL sold over 200 million iPhones last year, and took over 90% of the profits of the entire industry, despite having less than 20% of global market share. AAPL’s margins have been amazingly stable as they have not been willing to compete on the low end in emerging markets. The Nokia 3310 is not even a smartphone per se, but if phone-makers only set their sights on the next 2 billion mobile phone buyers, the cycle may be less than super. Especially in emerging markets like China and India. I’m not saying there will be some sort of backlash against the enslavement to our smartphones but you start to wonder if we’ve hit peak productivity with our smartphones and they’re becoming more of a distraction with each year.

And at $695 for an iPhone, and the average Apple Watch around $300 and Airpods $160 we should start thinking about what devices are out there that do the job for most people. There you go, Luddite Wednesday.  Just food for thought