Last night on CNBC’s Fast Money I detailed some put activity in the FEZ, the etf that tracks the Euro Stoxx 50 Index, whose five largest holdings (Total, Siemens, Sanofi, Bayer & SAP) make up 25% of the weight. Watch here: 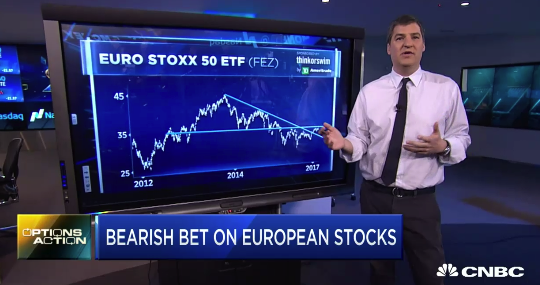 I don’t know for sure whether the purchase of 13,000 May 33 puts for 90 cents was opening or closing (likely closing vs 63,000 contracts of open interest), but per usual, the activity got me thinking. Immediately I went looking for potential catalysts as well as technicals, in what might be shaping up as a fairly interesting technical inflection point for the FEZ / Euro Stoxx 50. Taking a quick gander at the 2 year chart, it appears to be breaking out above the neckline of a head and shoulders bottom:

Maybe more importantly, taking a look at the chart that includes the 2011/12 Euro debt crisis lows, and the post crisis highs, the etf has just this year broken above the downtrend that had been in place since mid 2014:

Back to the put activity. If they were indeed bought to close, then the following chart of 30 day at the money implied volatility explains why. Options prices are hovering very near 52 week and multi-year lows in the FEZ, meaning short premium trades are suddenly unattractive to hold out on, in case there’s any upcoming bouts of volatility:

What would cause that bout of volatility? The ECB meets Thursday. And it’s possible there’s a change in stance on monetary policy, per WSJ: 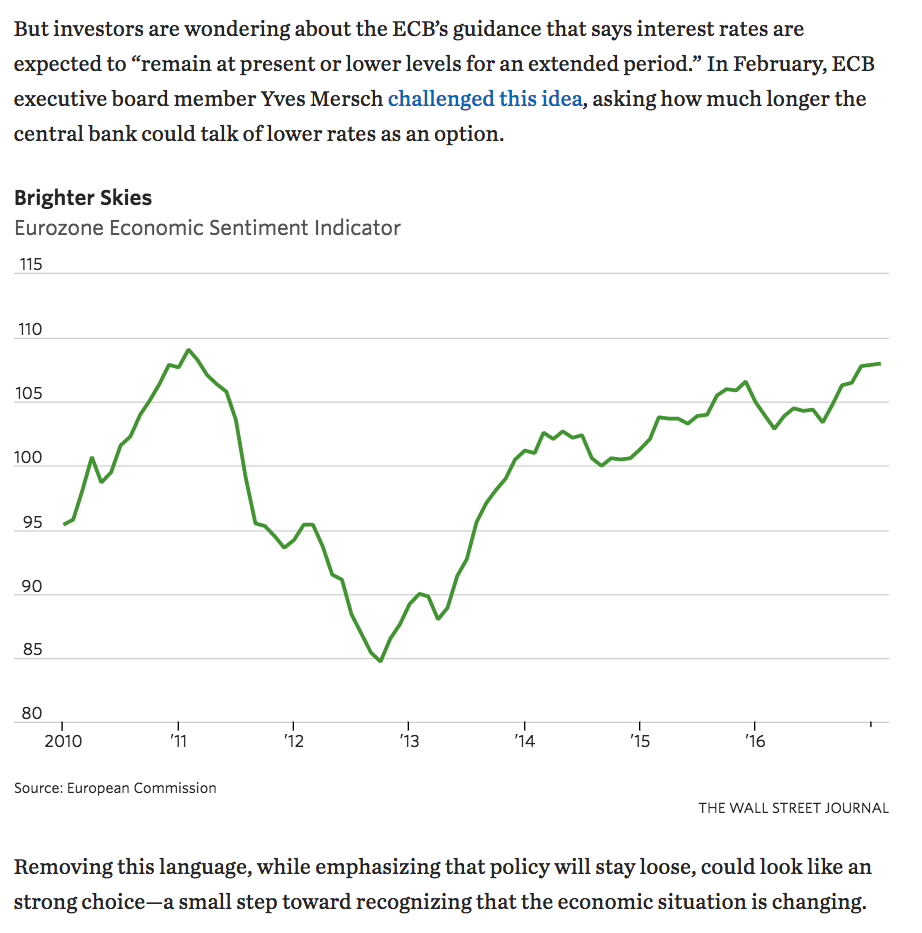 And what about the French elections on April 23rd? The Economist is calling it An unprecedented election, with unprecedented risks. You know the drill by now: 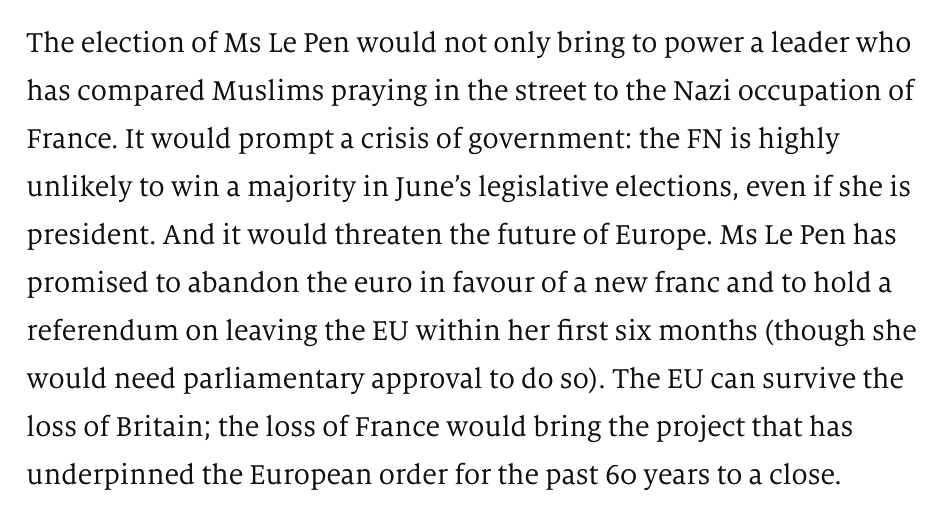 While the initial reaction to the protectionist aspects of the Brexit vote last June and our Presidential election here in the Fall was to sell risk assets, that quickly subsided as the economy continued to improve and the EU and US didn’t fall off the global trade map. But if we’re entering a rate tightening cycle both here and abroad, that’s much more likely to cause downward volatility in risk assets like stocks. Here’s Peter Boockvar:

And even more significant, especially for, oh I don’t know, less well capitalized European banks, BofA/ML pointed out the other day that most rate hiking cycles end in a “financial event”. From Valuewalk (h/t @jessfelder) 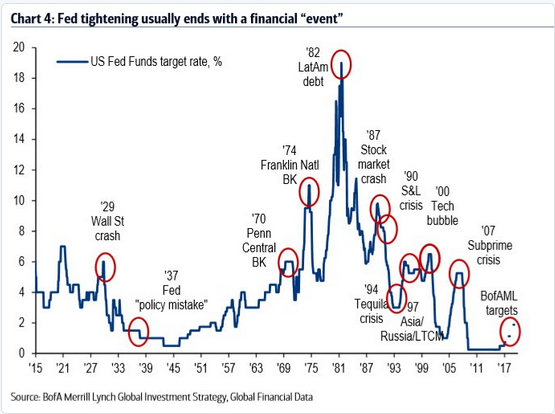 Maybe U.S. stocks are showing the world they can go higher, hand in hand, with rate hikes. Maybe this is one of those rare times that rate hike cycle don’t end in recession… or worse. But that’s not a great bet based on recent history. I get the sense that deep down most people know how this ends. I also get the sense they’re assuming that they won’t be the last ones holding the bag.