This morning Doug Kass, of Seabreeze Partners offered his take on the recent weakness in the price of copper: 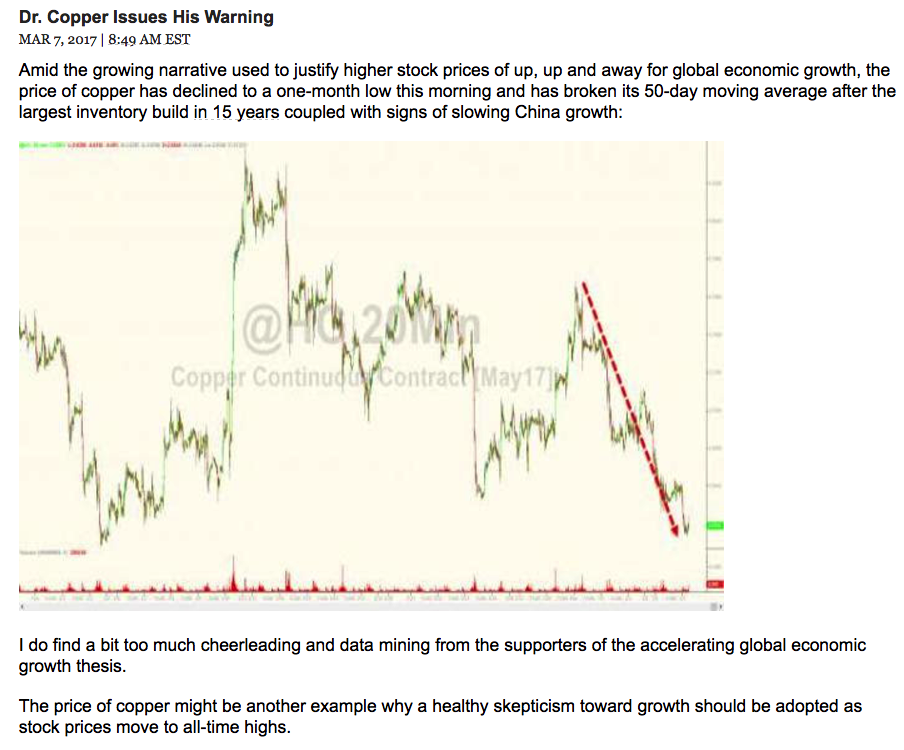 It was interesting to see what appeared to be a trader closing out of some long dated puts in Freeport Mc-Moran (FCX). When the stock was 12.72, 30,000 of the Jan18 10 puts were sold at 99 cents, likely closing a prior bearish bet or a hedge.

FCX appears to be testing key near term technical support (the intersection of its Nov 9th post election gap, and its 200 day moving average), with the stock down 26% from its 52 week highs made in January: 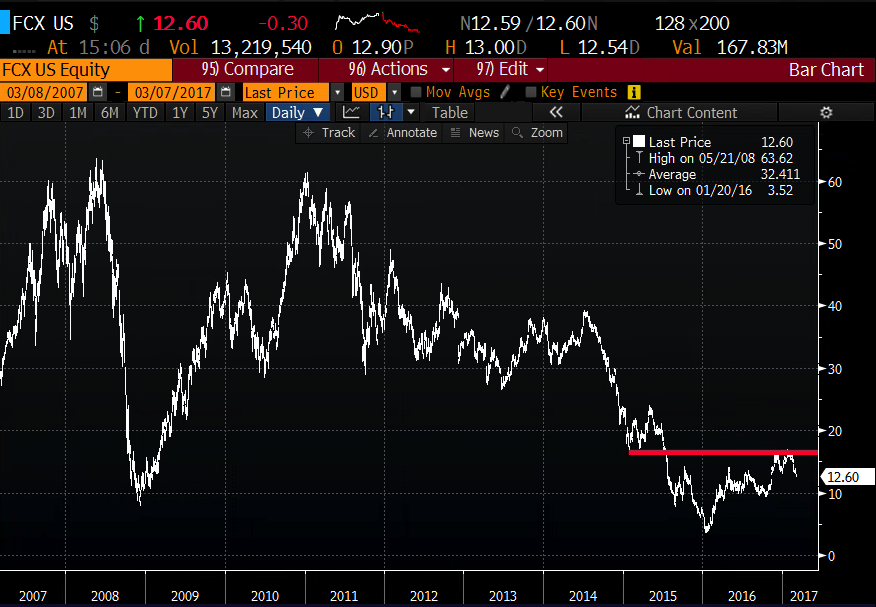