The European Central Bank cut its benchmark interest rate to its lowest level ever on Thursday in perhaps its most aggressive move yet to unblock the flow of credit and prevent further deterioration of the euro zone crisis.

The E.C.B. cut its benchmark rate to 0.75 percent from 1 percent, which was once regarded as the lower bound on the official rate. Economists and political leaders are likely to welcome the cut, which was expected by most analysts, as offering welcome relief from strains in the euro zone. But it also carries risks.

With interest rates now close to zero, the bank and its president, Mario Draghi, will have a dwindling selection of conventional monetary policy tools they can use to combat the crisis. The cut Thursday, which had been forecast by many analysts, is likely to increase speculation that the E.C.B.’s next step to contain the crisis would be massive purchases of government bonds, similar to the quantitative easing undertaken by the U.S. Federal Reserve.

China cut interest rates for the second time in less than a month on Thursday in a clear sign that growth is slowing more than Beijing expected.

The People’s Bank of China, the central bank, said the country’s benchmark one-year lending rate would be lowered by 31 basis points, effective July 6, while benchmark deposit rates would be cut by 25 basis points.

The number of Americans filing new claims for unemployment benefits last week fell by the most in two months, government data showed on Thursday, a hopeful sign for the struggling labor market.

Initial claims for state unemployment benefits dropped 14,000 to a seasonally adjusted 374,000, the Labor Department said. The prior week’s figure was revised up to 388,000 from the previously reported 386,000. 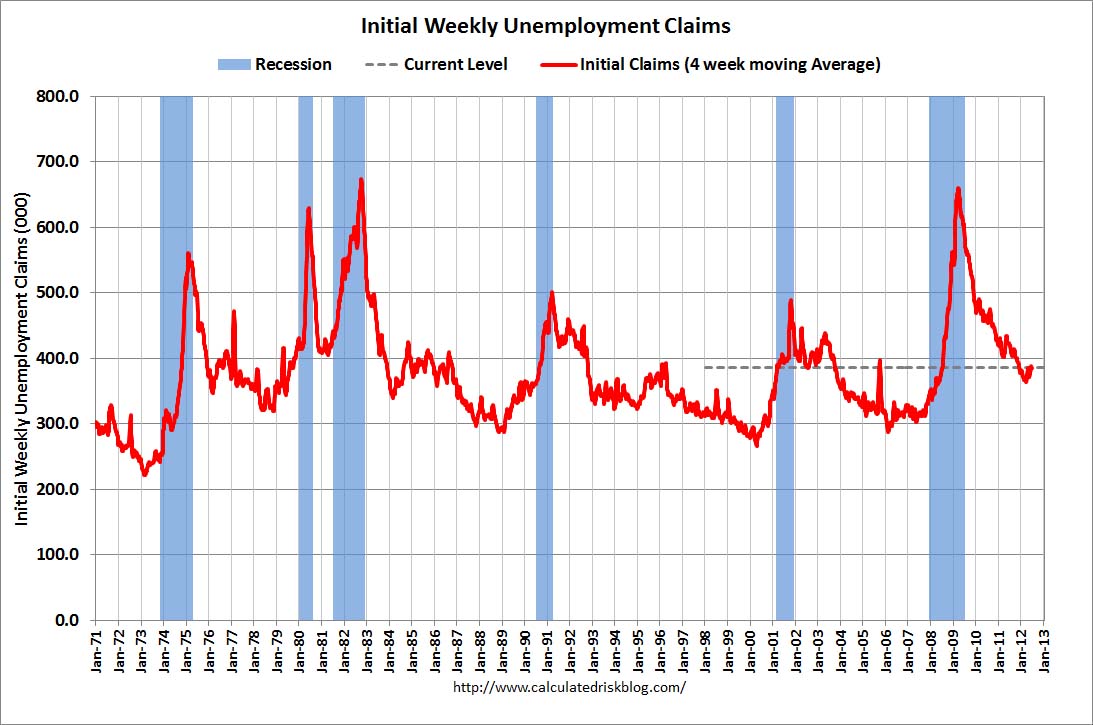 OraSure Technologies Inc.’s (OSUR) home HIV test that will be sold in retail stores was approved by the Food and Drug Administration Tuesday. The test, called the OraQuick In-Home HIV test, has been available to health-care professionals. Company officials said the test will be available in October at retailers, large supermarket and drugstore chains, as well as online. Shares were up 6% at $12.82 premarket.

Teen retailer Buckle Inc. (BKE) posted its first same-store sales decline in two-and-a-half years, with its 2.5% decline coming in worse than the Street’s expectations for sales to be flat. Shares were down 6.7% at $37 premarket.

Hudson Technologies Inc. (HDSN) disclosed plans to sell up to 1.17 million shares as the refrigerant-services company seeks to raise general funds. Shares were up 9.1% at $4.44 premarket.

Benihana Inc. (BNHN) said it didn’t receive any alternative acquisition offers during its “go-shop” period, paving the way for the Japanese-themed restaurant chain to be taken private.

Cato Corp. (CATO) expects its fiscal second-quarter earnings at the low end of its initial guidance as the apparel retailer’s June same-store sales dropped a more-than-expected 10%.

Honda Motor Co.’s (HMC, 7267.TO) U.S. vehicle sales increased 49% in June as the Japanese auto maker recorded strong gains for its Accord, CR-V and Civic models. However, results fell shy of estimates from car-shopping website Edmunds.com.