U.S. home prices shot up in April to post the first monthly gain since last autumn, according to a closely followed index released Tuesday.

Of the 20 cities measured, only hard-hit Detroit took a step backward, with a 3.6% reversal. Even Atlanta, where prices were 17% below year-ago levels, enjoyed a 2.3% monthly gain.

This release includes prices for 20 individual cities and two composite indices (for 10 cities and 20 cities). 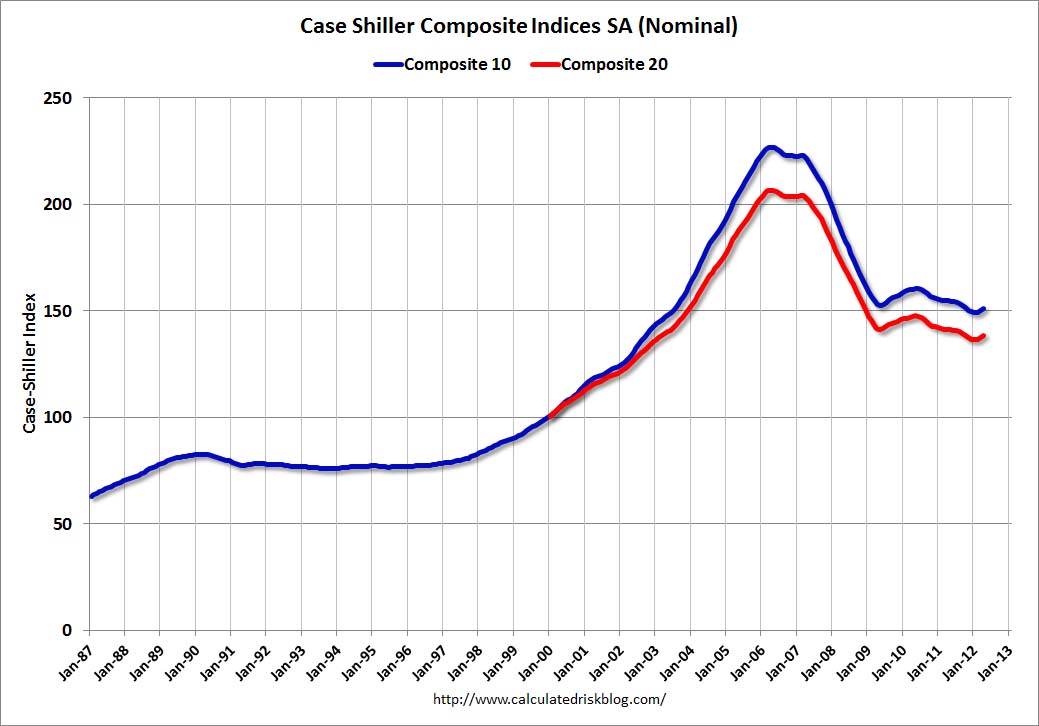 Apollo’s fiscal third-quarter earnings fell 37% as the for-profit education company’s revenue continued to slip and enrollment dropped. However, shares jumped as results topped analyst expectations. The stock was last up 3.2% to $33.50 in premarket trading.

Coinstar lowered its earnings outlook for the year after closing its $100 million purchase of NCR Corp.’s (NCR) DVD-kiosk business Monday. Shares were down 4.3% to $62.61 premarket on the softer forecast.

Seagate Technology Inc. (STX) will replace Progress Energy Inc. (PGN) in the S&P 500 index after the close of trading on Friday, due to Duke Energy Corp.’s (DUK) planned acquisition of Progress. Seagate shares were last trading 4% higher premarket at $24.20.

Shares of drug maker Supernus Pharmaceuticals Inc. (SUPN) surged Tuesday after the company said it has received tentative approval of its epilepsy drug Trokendi from the Food & Drug Administration. Shares were last up 37% to $7.80 in premarket trade.

Rosetta Genomics Ltd. (ROSG) plans to offer up to $35 million in ordinary shares as the molecular-diagnostics firm looks to raise money for its operations and other purposes. Shares slid 8.1% to $10.80 premarket.