Jobless claims decreased by 2,000 to 387,000 in the week ended June 16, Labor Department figures showed today in Washington. The median forecast of 45 economists surveyed by Bloomberg News called for 383,000. The four-week average, a less volatile measure, climbed to the highest of the year. 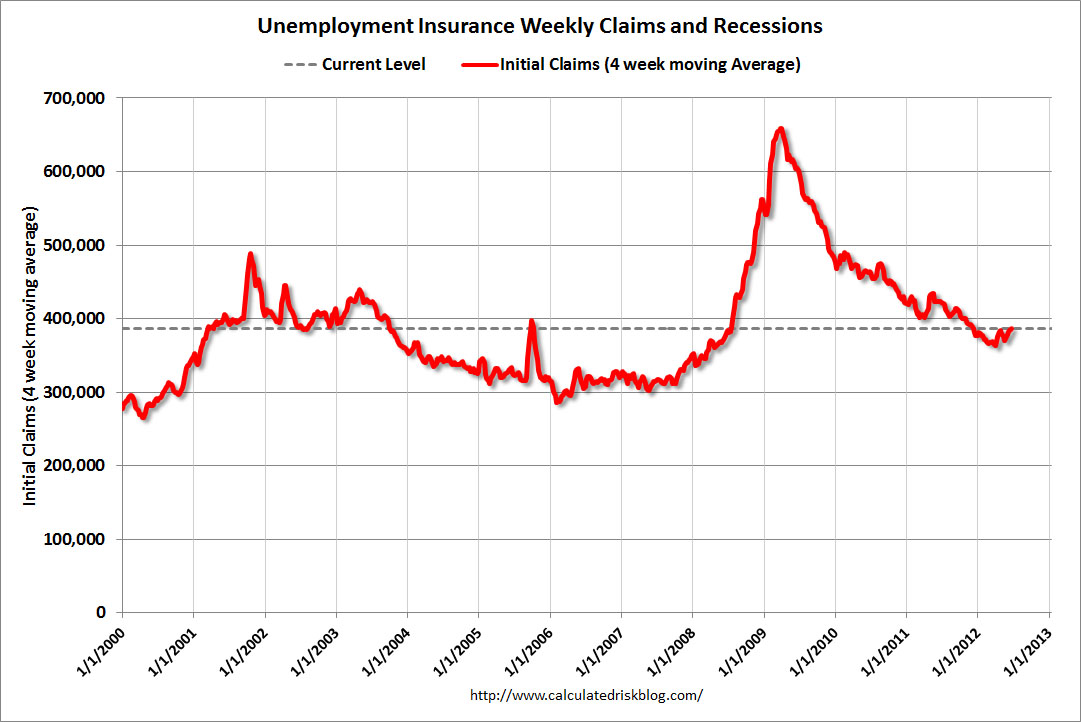 Manufacturing activity in the United States grew at the slowest pace in June in 11 months, according to the flash purchasing managers index released by Markit on Thursday. The flash PMI slowed to 52.9% from 54.0% in May. New export orders notably fell below the 50% mark indicating contraction, sliding to 48.9% from 50.5%. The flash indicator is based on 85% to 90% of responses.

Spain sold 2.22 billion euros ($2.8 billion) of bonds, more than the maximum target of 2 billion euros, and borrowing costs dropped at a French auction. Jobless claims decreased by 2,000 to 387,000 in the week ended June 16, more than the 383,000 estimate in a Bloomberg survey. Stocks retreated earlier after reports showed manufacturing in the euro-area contracted at the fastest pace in three years in June, while China’s factory output was seen shrinking for an eighth month.

The preliminary HSBC China Manufacturing Purchasing Managers Index fell to 48.1 in June compared with a final reading of 48.4 in May, strengthening the case for further policy steps aimed at boosting China’s growth.

]– The food producer earned $0.51 per share for its fourth quarter, excluding certain items, one cent above estimates, with revenues also beating consensus. The company says it was able to post a year-over-year profit increase despite what it calls a challenging business environment.

] – The clothing maker’s stock has been added to “Top Picks Live” at Citigroup. Citi says European market weakness is already priced into the stock and that VF is attractively positioned and valued.

] – The auto retailer reported quarterly profit of $0.52 per share, one cent below estimates. Same-store sales were flat versus a year earlier, though the company does say it was able to increase profit margins.

] – The retailer’s stock has been upgraded to “outperform” from “market perform” at Wells Fargo, which is also raising earnings estimates for the T.J. Maxx parent. The firm notes that TJX has been seeing comparable store sales rise to the high single-digit range, gaining share from the troubles at J.C. Penney [JCP  23.49

] – Canaccord Genuity has raised earnings estimates for the sporting goods retailer, saying comparable store sales are running at the high end of the company’s guidance.

] – The drugstore chain reported a quarterly loss of $0.03 per share, smaller than the $0.04 loss analysts had been forecasting. It’s also cut its loss estimate for the full year, pointing to strong growth in its prescription business as a key factor improving its fortunes.

] – The chipmaker reported a wider-than-expected quarterly loss. Micron lost $0.32 per share for its third quarter, compared to estimates of $0.20. An increase in memory chip prices was not enough to make up for weak profit margins from its flash memory products.

] – The drugmaker has gotten a positive U.S. Food and Drug Administration panel recommendation for an experimental blood cancer drug. The full FDA usually, but not always, follows the recommendations of its panels.

] – The Linux software provider earned $0.30 per share, excluding certain items, for the first quarter, three cents above estimates. But its stock came under pressure in after-hours trading on weaker-than-expected billings. That measure — revenue that Red Hat doesn’t recognize until it actually provides the services — was up 16 percent, short of analysts’ estimates.

] – The oil producer has named board member Steve Cosse as its new president and chief executive officer. He’ll replace David Wood, who is retiring following a 17-year career at Murphy.

] – The company is reportedly close to settling a Justice Department probe into off-label marketing of its antipsychotic drug Risperdal. Dow Jones reports the settlement could be $1.5 billion or higher, which would be one of the highest payments ever in a drug marketing case.

] – The oil services company says current-quarter results will miss its prior forecasts, and it also cut its full-year guidance. It cites a decline in natural gas prices, as well as slower growth in liquid shale markets.

] – The tobacco producer has cut its full-year outlook for a second time, becoming the latest company to cite unfavorable currency rates for a lower forecast. Philip Morris has lowered its full year earnings per share forecast by 10 cents to $5.10 to $5.20 per share, on top of April’s 5 cent cut in its outlook.